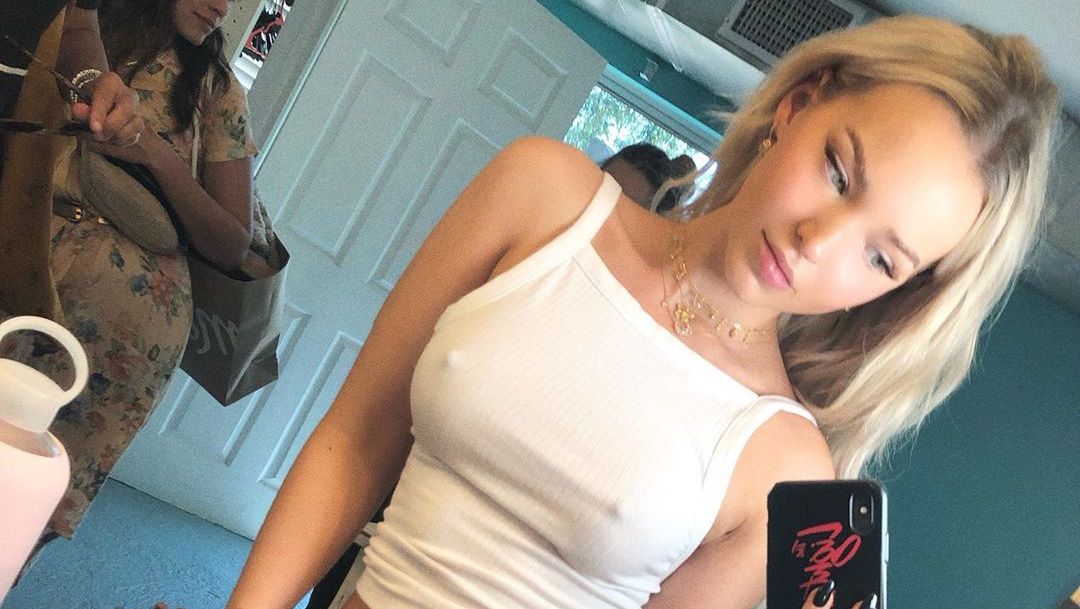 Women in the 1970s were burning bras, and now women in the 2010s (?) are sharing pictures of their braless boobies to encourage women to be comfortable in their bodies, as per TooFab.

23-year-old Dove Cameron, star of the Descendants, is all about spreading this message as she shared a couple of braless selfies on Instagram alongside your standard IG-style inspirational caption:

Most people were happy that Dove Cameron chose to #freethenipple (although she didn’t technically free them, but I digress), but naturally some people had to show up and ruin the party by claiming Disney stars like Dove have a responsibility to not show off their erect nipples on Instagram, whether covered by an item of clothing or not:

Not to be rude but there are kids that follow you and you have you nips out.

Honey, What are you posting? You’re a professional actress working with Disney, not a pinup

Ok hate on me all you want, but feminism is the most unattractive thing. Put a bra on because little kids that follow you and are inspired by you do not need to see this. You’re a Disney star and acting like this?! Disgusting.

Dove was happy to clap back explaining once again why she chose to share the photos (or one of the reasons why, at least):

It’s not that deep or groundbreaking whatsoever, or anything really to talk about. But it’s only a big deal because this society is so beyond backwards that they have demonised basic anatomy and are very! up! in arms! about female bodily freedom. They’re confused and loud about it. ‘So technically, it’s not a big deal, and it shouldn’t be, and the idea behind posting something like this is to normalise it because a lot of girls feel confused about their bodies and what it means to be a woman (in a surface way) on this specific subject, about sexuality and men and who their body belongs to bc of long-lasting systemic repression). So. it’s cool to be like, it’s whatever.

Doesn’t sound like her mind’s for changing – damn right too.

If you think about it though is it really men who are insisting that women wear bras? ‘Don’t wear bras so men can stare at your nipples and imagine having sex with you.’ What could be more empowering than that?

For a look at the reaction following Disney’s announcement of a Home Alone 2020 reboot, click HERE. Doesn’t seem like people are really happy about it.