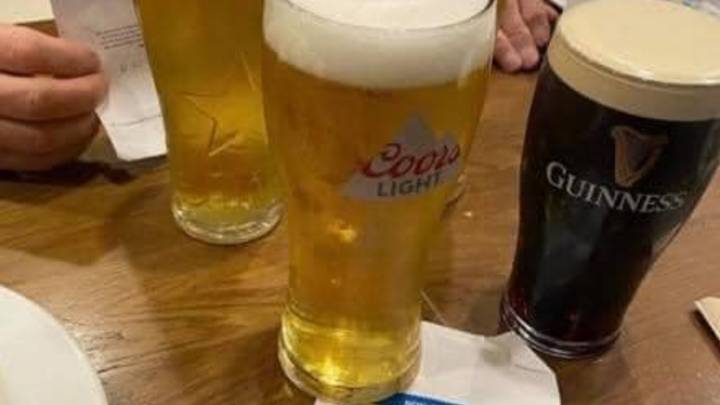 Ireland has been in lockdown for a few days now – and it’s scheduled to last for six weeks as well over there – but a group of men were so desperate to go to the pub for a beer that they all bought cheap flights for €9.99 so that they could access the airport bar.

The image was uploaded by social media user Davie Doran and then widely shared by the Facebook page ‘The Angry Bartender’. Here’s a screenshot: 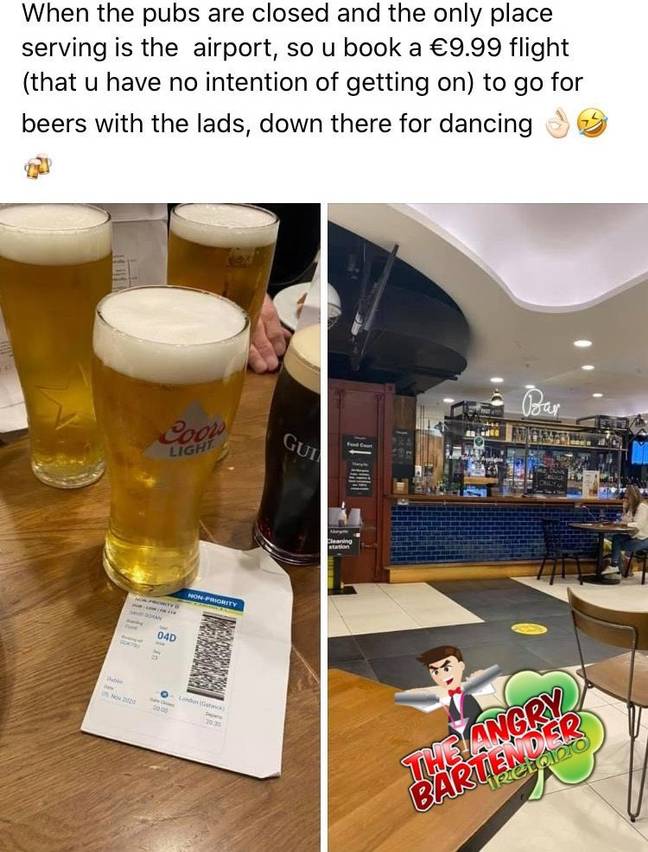 I mean I guess that’s kind of cool? I like the way that they’ve exploited a loophole so that they can go to the pub sure, but I can’t really think of anything more depressing than going to an empty airport bar with your mates, getting really drunk and pissing off the poor staff that are being forced to work there and then just heading home afterwards to your crappy house instead of going on holiday?

I suppose maybe sitting in your depressing house on your own for six weeks could rank up there as well, but this just seems like it’s almost trying ridiculously hard to have a sad and pathetic time. Not backing it myself – it’s not that hard not to go to the pub for six weeks and we all did earlier this year, so just stay in and get on with it and hopefully things will be back to normal one day soon. Although I am aware that we’ve been saying that all year.

For more of the same, check out this drunk man who was filmed urinating over a beach after downing a bottle of vodka earlier on in lockdown. That’s also probably more depressing than these guys.