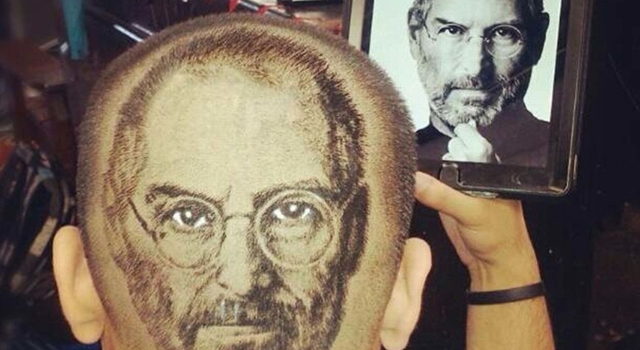 The way you style your hair is important, it says something about you as a person. personally I’ve had a lot of odd styles and colours in my time and that, if I’m being honest, is a fair summary of my internal state as a youth. Colorful, but weird and likely to stain your pillow. Nowadays I sport a short back and sides job which still gets me pretty spot on – old and boring… and tired, and angry. And oftentimes a touch pensive…

I digress. So what does it say about someone if they want to have a celebrity’s face shaved into their hair? I guess we could argue all day long about the psychosocial combination of neural states that might bring someone to the idea of wearing a famous person on their head. But without delving too far into psychobabble, I think we can safely say they are “pillocks“. Grade “A”, hullabaloo, ming-mong spacks. I’ve probably gone a bit overboard there, but that’s how I feel about it. 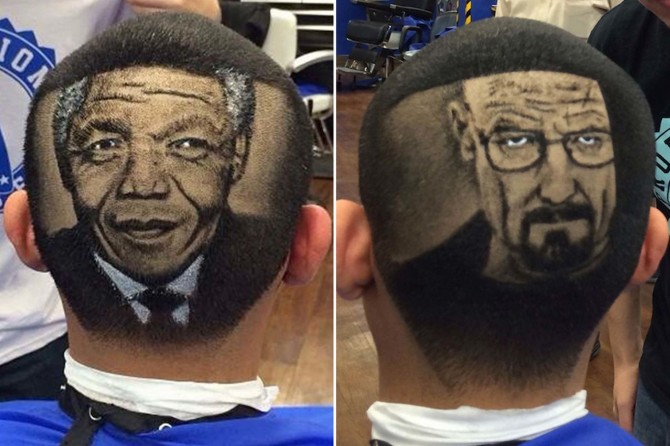 Someone who would fully disagree with me on my stance is American barber Rob “The Original” Ferrell. He runs a salon in San Antonio, Texas and he specialises in creating images of celebs on people’s bonces. Although having said that, he isn’t sporting one himself by the looks of things. 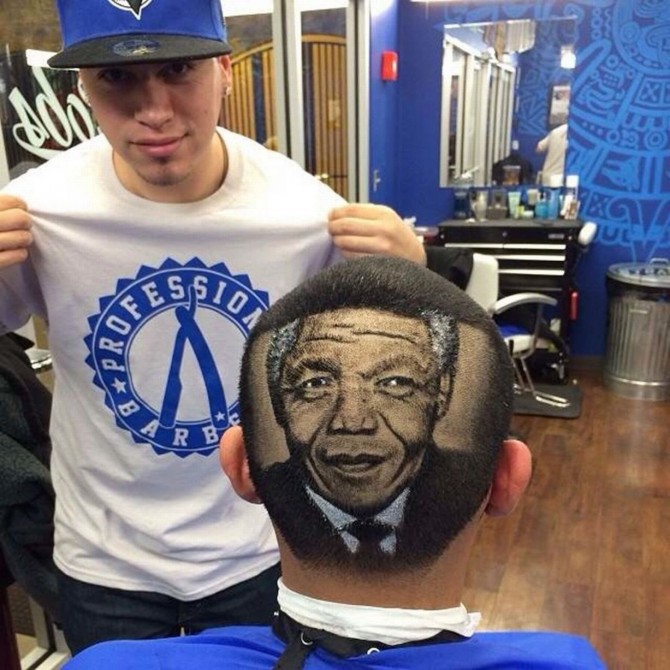 Ferrell’s a carpenter by trade but picked up his mad trichological skills whilst practicing on his little brother in 2008. To be fair, he’s a good artist, I can’t imagine hair is a particularly easy medium to work in. He shaves some bits and then draws the colour in with eyeliner pencils. What happens if it rains? Or worse still if you’re a bit of a fat lad and get a sweat on walking up the stairs? I have a lot of questions. 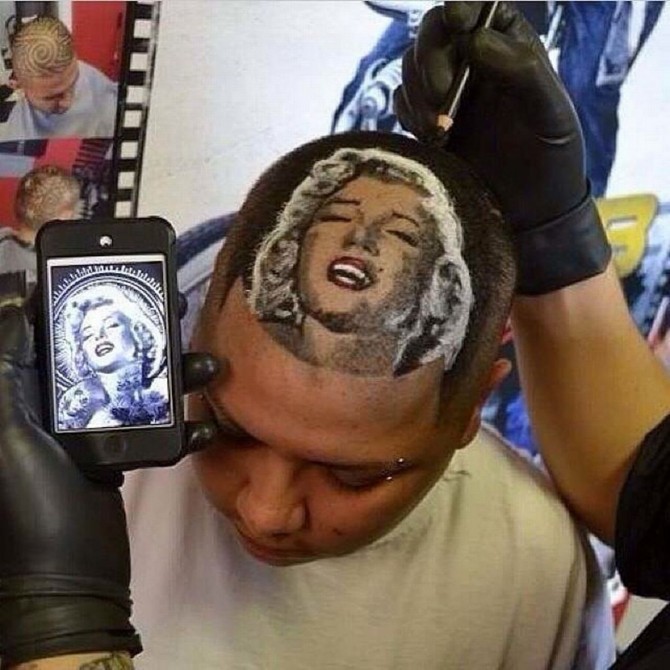 Marilyn Monroe’s a bit of an odd choice to have painted on your head as a teenage boy isn’t it? So I’ve made my own little story up about this one:

Bernie (that’s what I’m calling him) is gay, but hasn’t managed to summon up the courage to tell his Dad. Bernie knows that when he meets his Dad later this afternoon he’ll probably clam up and not be able to say exactly what’s on his mind. So he’s decided to have his head painted and just say “Dad, I’ve got something to show you…” then simply bow his head. Everything will become clear to his father without him having to say a word. Did you like that story folks? 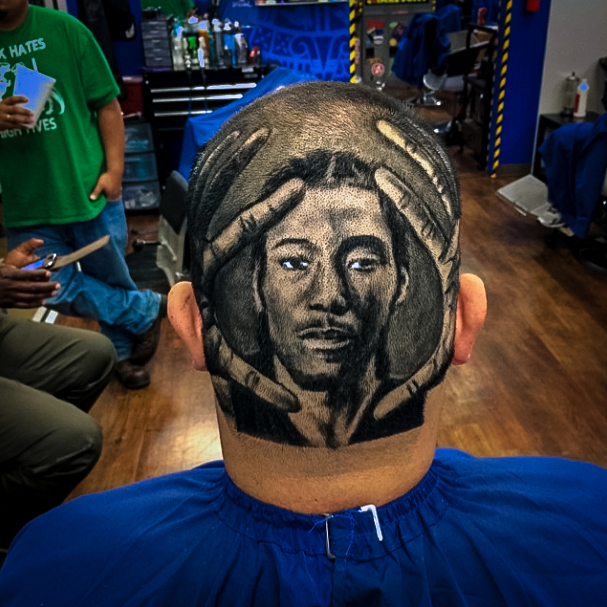 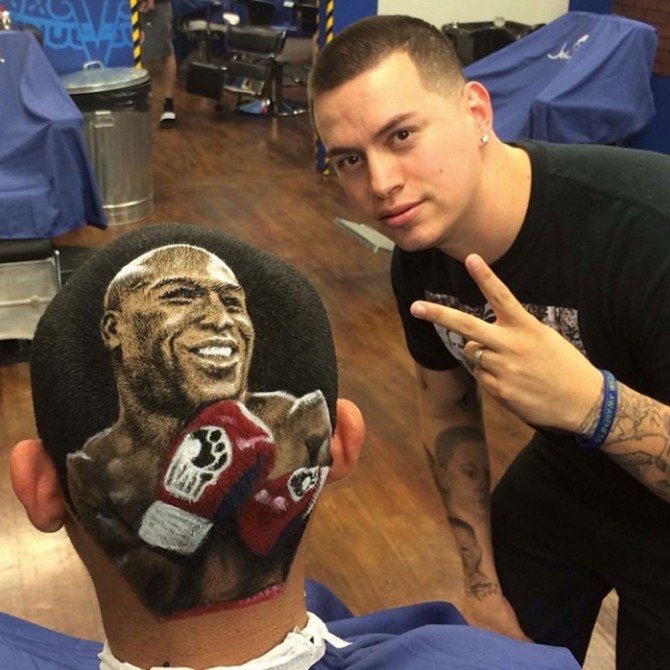 So if you’re super bored and you happen to be in San Antonio, why not stop by at Ferrell’s place and get a picture of someone cool, like Edwina Curry or Ian Watkins drawn on the back of your head?