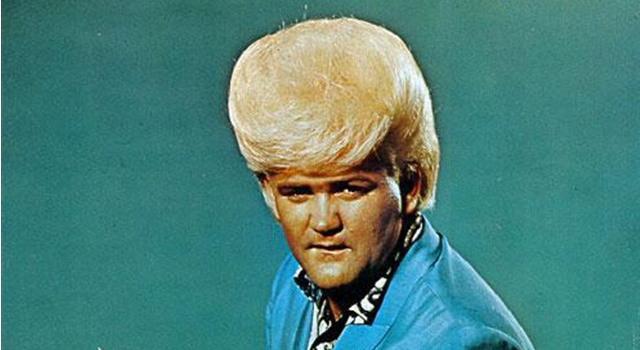 We’ve all had a bad hair cut at some point in our life. Here’s some errors of hair judgement indelibly stained on the internet. Horrific hair horrors a go go!

There’s probably not a single person in the known Universe that hasn’t had a shocking barnet at some point in their life. There’s no escaping it. Some people have experienced a scissor massacre at the hands of a parent or guardian when they were too young to defend themselves, some have knowingly gone under the knife before the good sense of age has caught up with them. And for some people, the good sense of age has never arrived.

Your hair speaks volumes about your personality, and in an attempt to either make yourself look as interesting as you think you are or more interesting than you actually are, many have made mightily bad decisions.

I don’t want to you to think that I feel I am above bad haircuts, I’ve had more than my fair share over the years. Here’s an example: as a yoot I was into grunge, and I wanted long hair to prove it. I have curly, unwieldy hair and hated the way it stuck out from my temples when it got long. So to get round this trichological issue I decided to grow the back out in a flourish of mullet. It gets worse: unfortunately for me I’ve always had a large forehead, earning me the title “Slap Head” at school, so in an ingenious move I decided to grow the fringe out as well as the back. But I kept the top and the sides nice and short.

Have you got a mental picture of that? Long and curly at the back and the front but short everywhere else. Impressive huh? But I haven’t finished yet, I put some tiny little plats in my stupid curly fringe to try and straighten it out and look longer.

My toes are curling. So enough about me, here’s some other dolts to take the heat off the memory of my sordid stylistic past….

How about this one for starters? A nice tight army buzz cut, then a space, then a back fringe. I’ve never seen a back fringe before have you? It’s as if the mullet section is so hideous that the rest of his hair has tried to disown it and shrunk back. 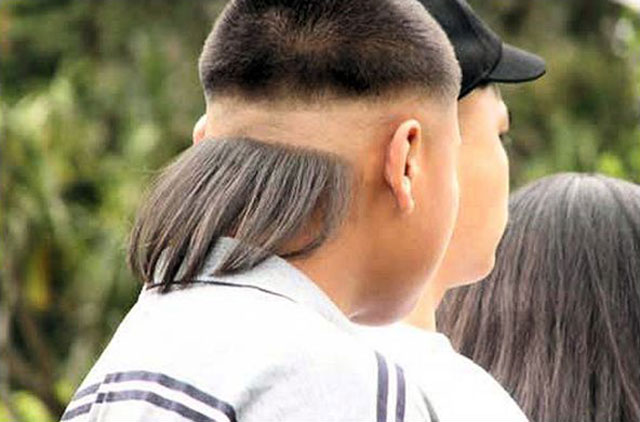 Well, at least this next guy isn’t trying to be subtle. It’s not like ‘oh mate, what’s going on with your hair?’ It’s more like ‘mate, that’s a lizard on your head’. For better or for worse he has made his intentions clear and nailed it. Unfortunately precision doesn’t count for anything and it looks absolutely horrible. I salute him for his dedication to decadence though. 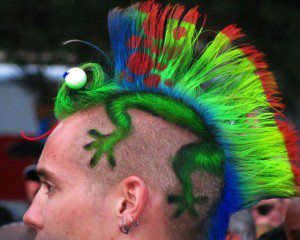