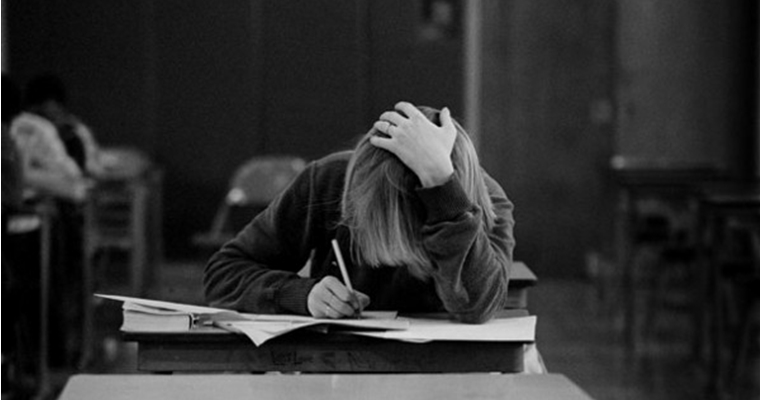 If you’re a foreign national and want to live in the UK you have to take a citizenship exam. This week they’ve unveiled the latest version. Could you pass it?

As many of you know, if you want to live in Britain and you were born elsewhere, you have to sit a test and prove that you know enough about our culture and history to merit a position here. The updated exam has been unveiled this week and is set to be kicked off in March. It covers everything from Stone Age Britain to Monty Python of all things. Now I’m not going to bang on about immigration and whether people should be tested before they can hang out with us. Immigration is a flash point for many people, and I don’t know anywhere near enough information about the arguments for and against it to make any sort of comment worth hearing.

The test used to be focused more on things like how to find a water meter, where you’d get train time tables and how to read them, using the internet etc. Stuff that’s actually useful. Stuff that many people who are already British could probably do with learning about. But now the test is being focused on wishy-washy topics like our “unique sense of humour” and ancient history. Seems like some posh politician gits labour of love to me.

â˜› Read Next: Football Beyond Borders

Foreign nationals wanting to take this UK citizenship test are given a handbook on life in the UK and have to gem up for the test. Initially the test was part of the New Labour Jazz that came about in 2007. I kind of get the reasoning behind it, I see why you would want people coming to stay here to know about British “values, culture and history” before deciding to live here. But is it fair to ask them questions about us that we couldn’t answer about ourselves? No, not really.

The wannabe Brits are given 24 questions and have to get 18 correct to pass. If they don’t make the mark they have to wait another week and then pay out £50. And in the meantime, they’ll keep your passport for being stupid. Seems like an awesome way of making money to me? Robbing from the poor for a change. Thanks Mr Government. I know if people want to move here they have to show willing to a certain extent, but I reckon most MP’s couldn’t answer these questions. I had a go. I would have had to wait a week and pay £50. Embarrassing. Some of them are easier than others, but see how you get on:

Q1) Which landmark is a prehistoric monument which still stands in the English County of Wiltshire?:

I reckon most of you would have gone for a), but imagine if you were from Kyrgyzstan, would you have had a scooby doo? And is it in anyway helpful in getting you through a day in Slough’s town centre? No. It is of no help to anyone.

â˜› More: Kyrgystan – Where You Can Kidnap The Girl Of Your Choice

Q2) From what age can you be asked to serve on a Jury?

I probably would have guessed 18, I mean 16 and below, everyone is a moron, that’s just the way it is. But once again – is that any use to know? If you get called up, you get called up; you don’t need to know when to expect the call?

â˜› More: We’re All In this Together – The Truth Behind The Cuts Part 1

Q3) Which tribal leader fought against the Roman conquest of Britain?

I guessed right, it’s Boudicca, but it’s not easy is it? Would Mr Singh from the Punjab, working as an engineer in Watford, be assisted in his daily life by knowing that fact? Nope.

Q4) What proportion of the population of the UK were killed by the Black Death?

Well, it was quite a while back that the plague was marauding across the globe so we can only take estimates anyway, and even official reports differ. So that’s a particularly unfair question. From what Mr Google tells me I think d) is closest to the actual number. Pretty terrifying isn’t it! I got this off Wikipedia though –

“Although historical records for England were more extensive than those of any other European country, it is still extremely difficult to establish the death toll with any degree of certainty. Difficulties involve uncertainty about the size of the total population, as described above, but also issues regarding the proportion of the population that died from the plague. Contemporary accounts are often grossly inflated, stating numbers as high as 90%. Modern historians give estimates of death rates ranging from around 25% to over 60% of the total population.”

So that’s a rubbish question. OK last one, I think I’ve made my point.

Q5) Who was the first Prime Minister?

I’ll be honest…. I wasn’t sure. And this is what Wikipedia has to say on the matter –

“Since the office was not created, there is no “first” Prime Minister. However, the honorary appellation is traditionally given to Sir Robert Walpole who became First Lord of the Treasury in 1721.”

So it’s another tricky little bugger. Anyway, like I said, I can’t comment on political maneuvers and legislation, I don’t have the mental energy to be interested in it. But my gut tells me that whatever you are going to do, it should be fair. No?

If you want to have a go at the current citizenship test before it changes to the new, even madder one, have a go here. PS – I failed (11/24). In my defence, I am pretty lazered up.

â˜› More: Nick Griffin – Policies As Ugly As Him

â˜› More: Nick Griffin Got Kicked Off Twitter For Being A Homophobic Troll