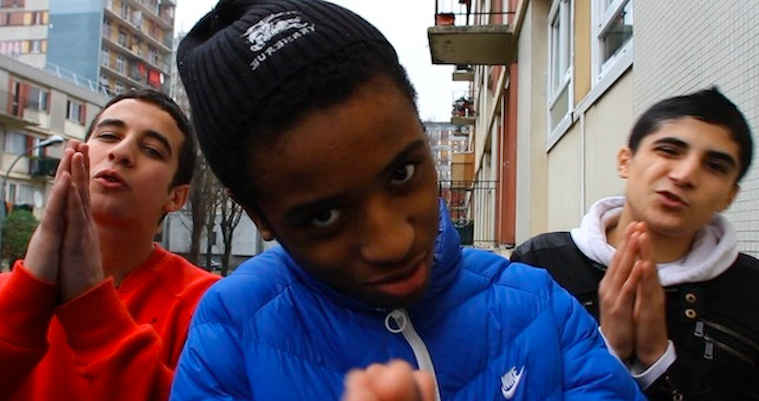 New Vice series investigates the daily lives of members of secret/misunderstood societies. The first episodes investigate the Parisian ghettos and some badass French rappers who get high and shout fvck the police a lot.

Our friends over at VICE have just unveiled a new series called ‘Society’ in which presenter Cleo Le-Tan (who is kind of annoying but I guess that’s to be expected) immerses herself in the daily lives of largely misunderstood and/or secret societies. I was hoping that this meant that she got to hang out with scientologists or weirdoes in UFO cults or something but in the first episode she’s just hanging out with some badass rappers in the French ghettoes. Although this isn’t what I was hoping it would be it’s still pretty cool and interesting and worth checking out.

Cleo hangs out in the ghetto with all these badass rappers who talk about the struggle for power and how the police act like a gang and there’s no way out, and how people that do get out of the ghetto are ‘more respected than the best engineers.’ They also reveal they have a taste for rioting, all whilst spitting some bars and riding motorbikes too. It’s some real La Haine/City of God kind of stuff. They’re getting high all the time as well obviously.

Cleo also gets a driving lesson off a guy who definitely has to be a French gangster/drug dealer (I don’t wanna be racist but he is driving a BMW in the ghetto and always wears a cap so nobody can see his face) who wants to tap her and also gets to go to a house party where everyone stands around drinking whiskey and coke, getting high and rapping. It’s pretty interesting and fun like I said – check out all three parts below: