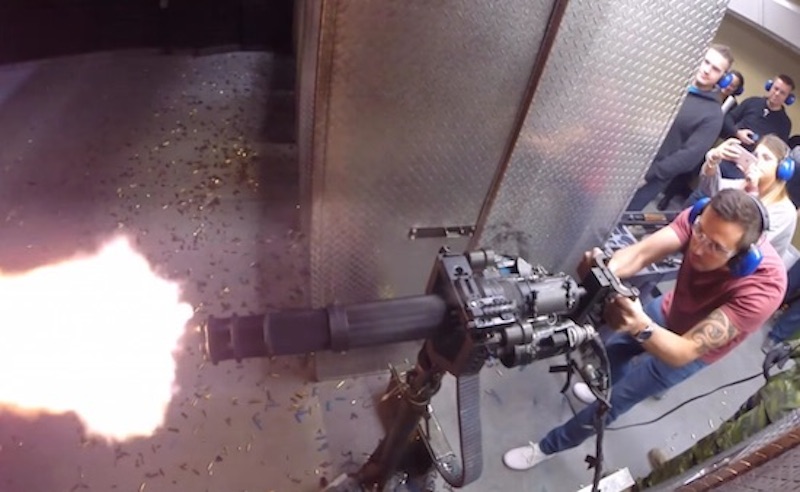 It seems like it’s a right of passage when you visit Las Vegas to head out on the gun range and fire some guns at targets, but I’ve never seen anything like the experience the guy in the video below is enjoying.

Apparently for just $1000, you can head out on the range and enjoy firing every single weapon they’ve got in there. It starts with your regular Lugar and Berettas, and then moves on to a gold AK47, some old WW2 guns and then a goddamn mini gun:

Wow. You know that guy enjoyed that and definitely got his money’s worth  – at least in his eyes. I can probably think of a couple of things I could spend $1000 on and appreciate a little bit more.

Also, shout out to the gun instructor who does a completely sick clip catch at around 2:30. You can’t teach that shit.

For the absolute opposite of that dude, check out this gun instructor who accidentally fires a shot during a demo and completely fails to style it out. Unlucky pal.