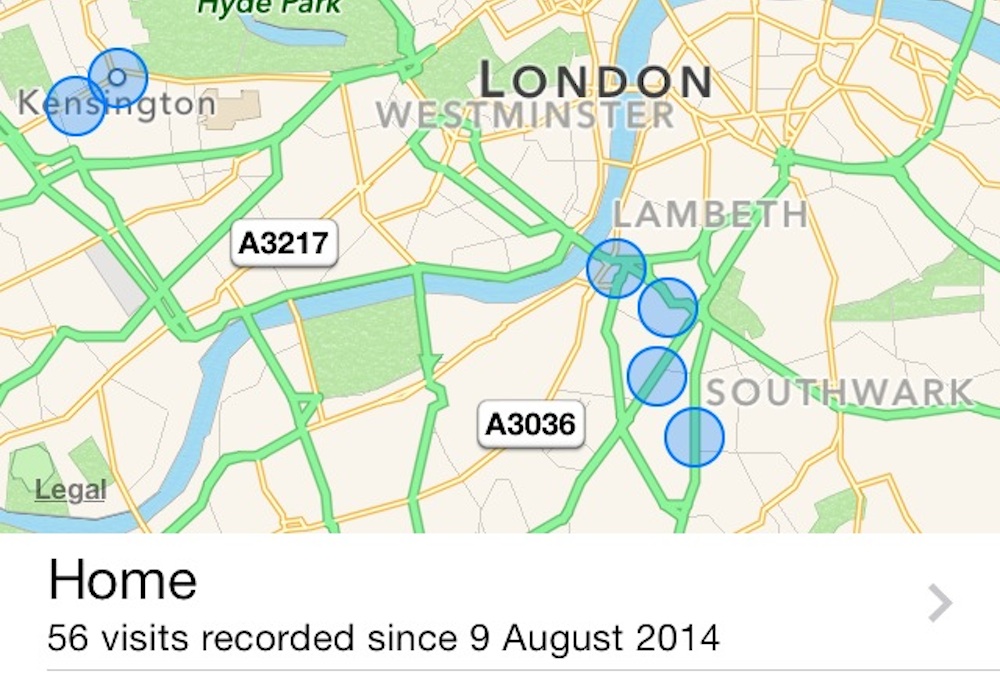 So that’s a secret iPhone menu that shows anyone pretty much everywhere you’ve ever been.

In news that probably won’t be surprising to that many of you, the iPhone has a secret time capsule like menu that records information on the most frequent places that you’ve visited. Obviously this is a massive privacy violation, but it’s not like Apple really care about that is it? And for the most part, you’re none the wiser because you didn’t even know it existed.

But just think of the repercussions – if you’ve lied to your other half about where you’ve been then it’s very easy for them to find out if they access this menu. If you lie to your boss about being late for work because of traffic then he could look at it and find out that you just slept in. If a robber steals your phone they could find out where you live.

Although people discovering this information is also dependent on them having access to your phone – which might not necessarily be the easiest thing to obtain – it’s still fairly terrifying that there’s even a record of this stuff that’s accessible, especially as you never asked for it. Fortunately, there’s a way to turn it off:

Go to Settings, then Privacy, then Location Services. Then tap the System Services menu and scroll down to Frequent Locations menu, and there you can find out everywhere that you often visit as well as turning it off. It might just surprise you. If you can’t follow those simple instructions then there’s also a video you can watch that tells you how to sort it out below:

This was posted by a girl named Melody Puckett, who accompanied it with the following post:

Important: there’s a privacy setting on your iPhone that if not turned off, shows a map with dates and times of your frequent locations, including your home. I made a quick video showing what it shows and how to turn it off.

It’s frightening to think that someone with bad intentions could find your home and work, and know what times you are usually there. Shame on Apple. Feel free to share with friends.

Thanks a lot Melody, seriously. You would think that Apple might spend more time on making their new iPhones less breakable and bending in your pocket, rather than developing services to spy on you, but unfortunately that’s not the case.