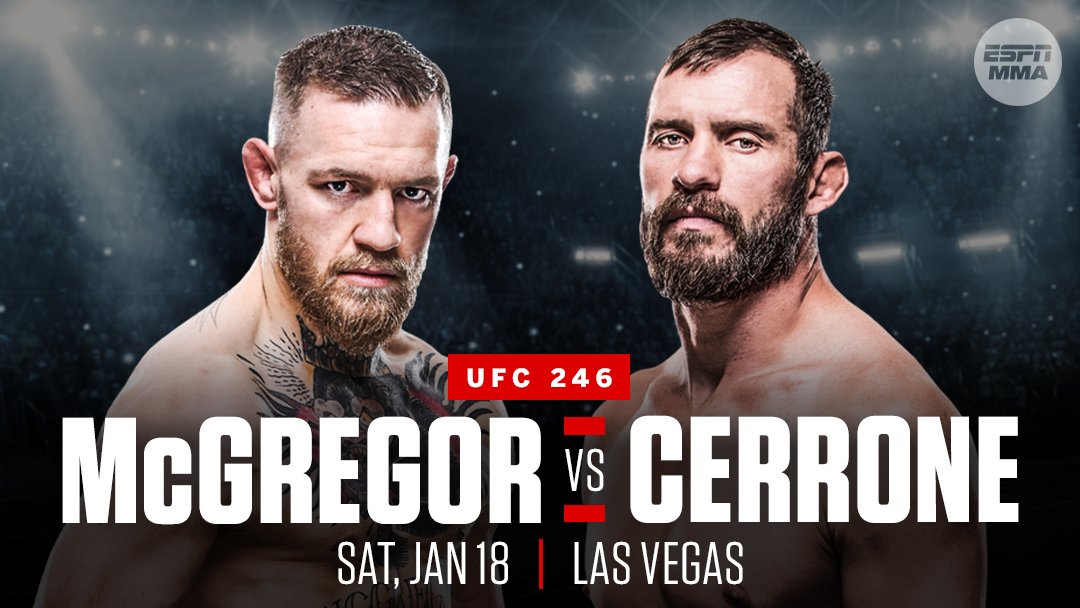 Conor McGregor hasn’t stepped foot in the Octagon for over a year now, but at a recent press conference in Moscow he revealed that he was planning on fighting at UFC 246 on January 18th with rumours suggesting that his opponent would be none other than Cowboy Donald Cerrone.

It seems as if this speculation has now been confirmed as ESPN are reporting that the paperwork has indeed been signed and the bout is all set to go. Here’s what they had to say, as well as officially tweeting about the matter too:

Conor is back and he’s fighting Cowboy at welterweight #UFC246 (via @bokamotoESPN) pic.twitter.com/klaOD8U3of

Conor McGregor will return to the UFC Octagon on Jan. 18 in Las Vegas, according to UFC president Dana White.

The UFC is close to finalizing a non-title welterweight bout between McGregor and Donald ‘Cowboy’ Cerrone, which will headline UFC 246 on Jan. 18 at T-Mobile Arena in Las Vegas.

McGregor has signed his contract to compete on the date, White told ESPN.

Cerrone’s representatives say he has agreed to the bout and signed a new exclusive deal with the UFC.

Conor has signed and Cowboy is ready to go.

Sounds like it’s on like Donkey Kong in what is going to be one of the most important fights of Conor’s career. Cowboy is no walkover and if he loses this one then it’s going to be a long way back from the bottom. Can’t wait to see what goes down.

For more of the same, check out Conor McGregor punching an old man in the face. Not so good.