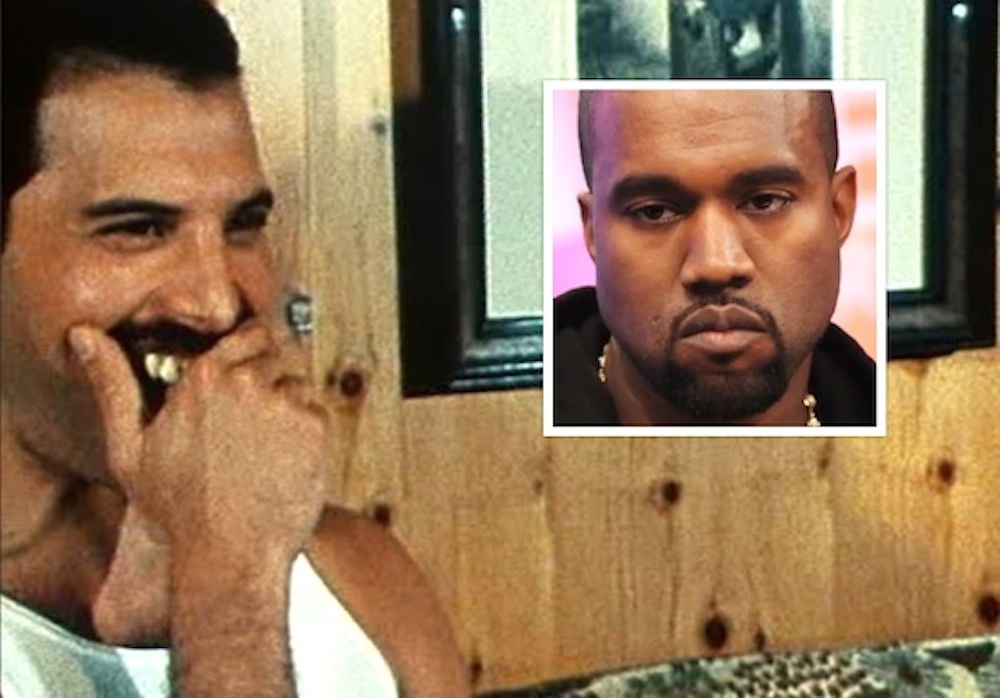 Had to be done.

As many of you know, Kanye West controversially headlined Glastonbury at the weekend and for some reason he decided to perform Bohemian Rhapsody as part of his set.

Unfortunately, he didn’t know the words and can’t really sing properly so it kind of blew. Thankfully someone has created the following video edit of Freddy Mercury pretending to react to it and it’s absolutely spot on hilarious. Nicely done.

For more lolz at Kanye West, check out this video of him having a meltdown on the Jonathan Ross show and refusing to talk to anyone.