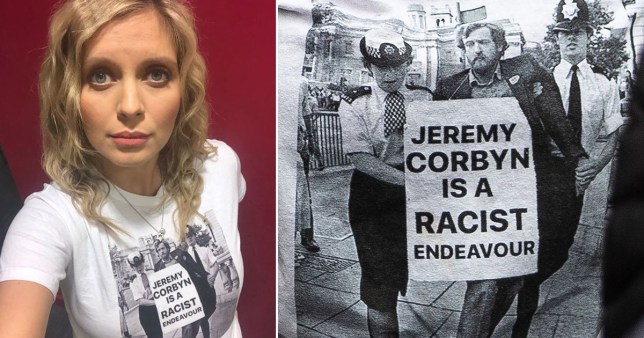 I don’t think she likes Jeremy Corbyn very much.

Rachel Riley has wound up a lot of people this week with a custom-made T-shirt calling the Labour leader a ‘racist endeavour’.

Rachel, who is Jewish, has been Tweeting anti-Corbyn sentiments for months and the other day shared the following during the Boris/Corbyn debate on ITV:

Along with the Tweet she shared her custom-made kit: 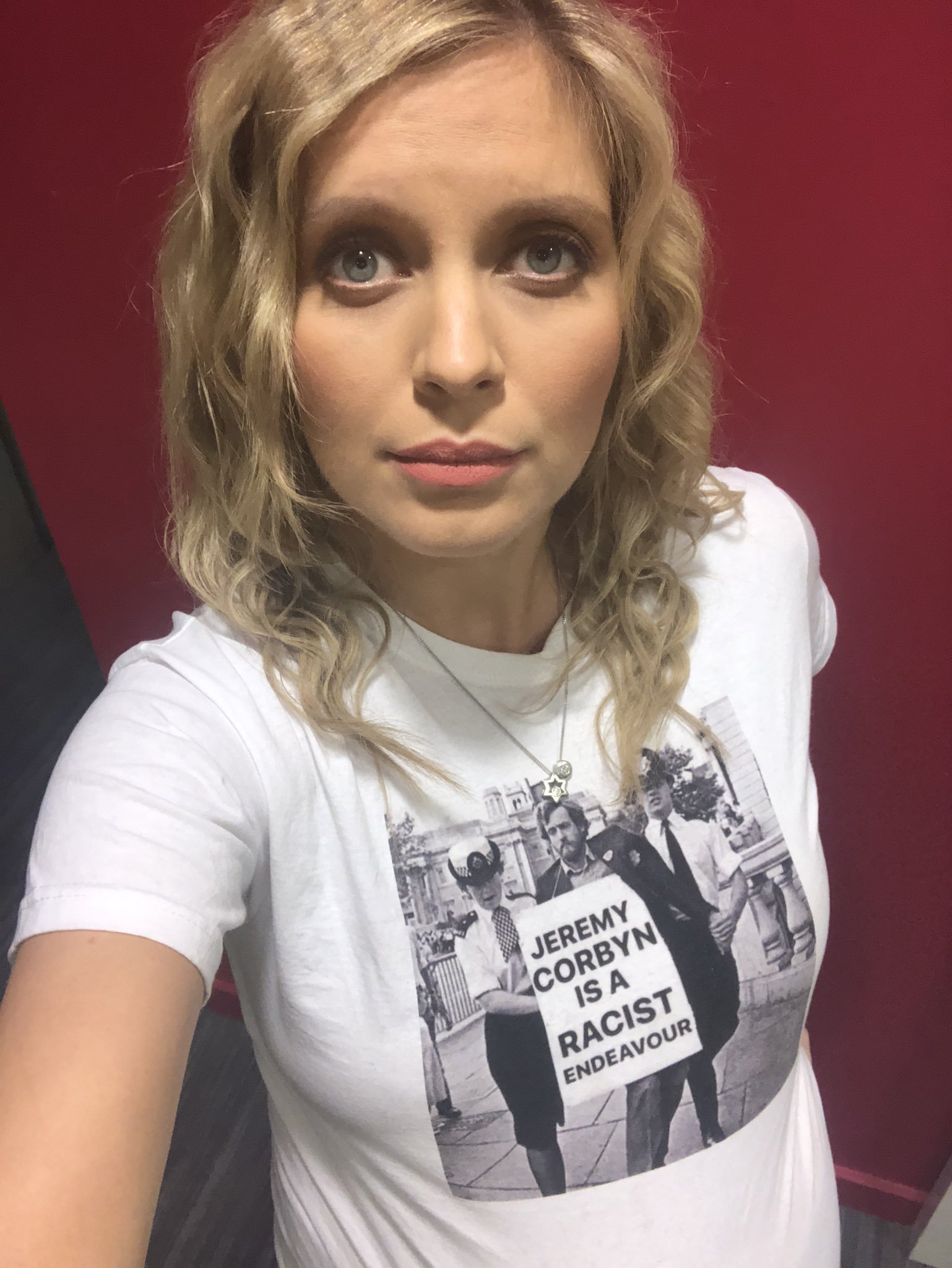 The image on her T-shirt shows Jeremy Corbyn being arrested in London in 1984 while protesting apartheid in South Africa.

In the original photos Corbyn’s shirt reads ‘Defend the right to demonstrate against apartheid’, whereas Riley has edited it to say ‘Jeremy Corbyn is a racist endeavour’. Hah, owned?

As you can imagine there’s plenty of people going nuts at her on Twitter, calling for her to be sacked etc:

Rachel Riley is calling Jeremy Corbyn a racist by editing a picture of his fighting against racism? Ok mate pic.twitter.com/uFtRJz2gmB

Rachel Riley needs to be cancelled. YOU DO NOT treat apartheid as joke to make a statement. I don’t care who is holding the placard or what statement she thinks she is making here. #Blacktwitter we need to sort this out.

Rachel Riley is a total disgrace. I demand that Riley be sacked with immediate effect. pic.twitter.com/sInxiu0mHH

Rachel seems pretty convinced about the evidence that Jeremy Corbyn is an antisemite though:

Without feeding individual ignorant trolls, this is why I have no qualms using this photo to highlight Corbyn’s racism.

“He was actually a member of CLAAG… “a front” for a violence prone Trotskyist group known as the Revolutionary Communist Group (RCG)”https://t.co/cptgUhR6sW

A man who uses the horrendous term “Zio-Nazi” is Labour’s new poster boy?!!!!

Why would Nelson Mandela be advised by actual anti-apartheid heroes not to meet Corbyn and his extremist group if they were so fantastic?

Because that’s more leftist revisionism. Along with inviting the IRA and friends from Hamas for tea in parliament somehow helps people. 🙈 https://t.co/4ABcaJ7nDb

3 articles (links working🤞) for pinned thread so the next squillion times I’m told I’ve never provided any evidence on #LabourAntisemitism, they can ignore pinned evidence too.

Looks like everyone is just going to have to agree to disagree with Rachel Riley. It’s pretty obvious she isn’t going to change her mind about Jeremy Corbyn and it sounds like her worst nightmare is Corbyn being given the keys to number 10 in December. She says she doesn’t endorse Boris either – who is she going to vote for?

To be fair we’ve got a pretty crappy pair to choose from IMO. I don’t think either candidate is going to accomplish what they say they’re going to accomplish and they both know it. They just have to keep telling their respective supporters what they want to hear and then will cross that bridge when they get to it. I’m amazed they even want to be PM because who ever gets it on December 12 is in for a media shit-kicking.