You know how annoying this can be. You might have to face this terrible embarrassment in public, or even worse you’re on your own. You feel that affirming vibration against your leg or sense its gratifying pulsation from the couch or coffee table. You smirk to yourself. You allow your mind to wander, as this call could be from anyone: that new job you’ve been after, an ex calling to confess it was all their fault or one of your bros letting you know that you’re going out tonight. You’ve just got a phone call.

But alas, it was all a lie. The cold, life-sucking tone an office worker invites you into a conversation with about the same amount of warmth as you would expect from someone who has essentially sold their soul. In the unlikely event that you are interested in changing your service provider or acquiring some sort of ridiculous loan, you’ll be so perturbed by the call that you’ll likely slam the phone down anyway, or failing that press the touch screen with a really horrible scowl draped across your face (modern technology and practices have ruined catharsis, have you ever tried slamming a fire door?).

Cold-calling stalks us all like a summer cold and all too many times I’ve gloated about being incredibly popular only to speak to Sue from Solihull about my internet usage. That’s if you are lucky enough to be called by a real person – apparently recorded messages now dial out and try to tempt you in, exactly like Homer’s telemarketing scam only I am not a Happy Dude. However, for the everyman who feels helpless against the faceless organisations that pollute our telephone lines with claims of cheaper loans. Leeds resident Lee Beaumont has managed to pillory the cold calling services by setting up a high-charge phone number as his only point of personal contact other than his email. Mr Beaumont was charged over £10 to set up the line back in November 2011, but since then he has earned roughly £300. Calls placed to his number cost roughly 10p, with 7p of that going to the man himself. What a clever son-of-a bitch (pictured below). 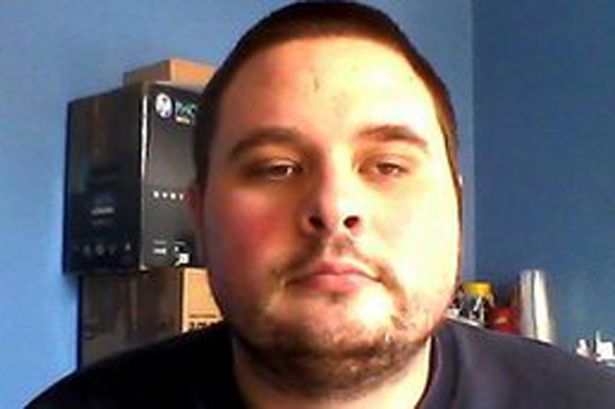 When asked Lee said that he was “…getting annoyed with PPI phone calls when [he’s] trying to watch Coronation Street”, which seems like the kind of mundane practice I’d try to avoid if this was my one moment in the spotlight. “Yeah man, I’m just sick of being on the cliff, paraglider set to go, when my phone goes off and it’s some fucking berk asking if I’ve ever been mis-sold PPI.” The self-employed businessman will only give out his real number to friends and family apparently, which I guess is a crushing way to let someone who thinks they’re pretty cool with you to take another look at themselves.

â˜› Read Next: Listen To The 911 Call Of A Pastor Who Was Gagged And Stuck In A Pair Of Handcuffs After An S & M Prank

The company which helped Lee set up this line has discouraged people from following suit though, claiming that you need to be extremely cautious when setting up these sorts of lines as you must advertise to any parties likely to call your number that charges will be incurred. Either that or Gladstone Brookes have got them on the hook. Lee says that most companies are fine with it and that if any aren’t, he gives his email address after which most companies end up calling anyway. Since setting up the number though Lee’s incoming calls have dropped has dropped from around 20 to 30 to only 16 in the last month. He has therefore taken the step to try and advertise his number on Twitter to try and attract more calls. To me this seems like he’s slightly lost sight of why he set up the number in the first place. At least now though he can watch the likes of Ken Barlow and Tommy Duckworth in peace, if they can stop being such reprobates.