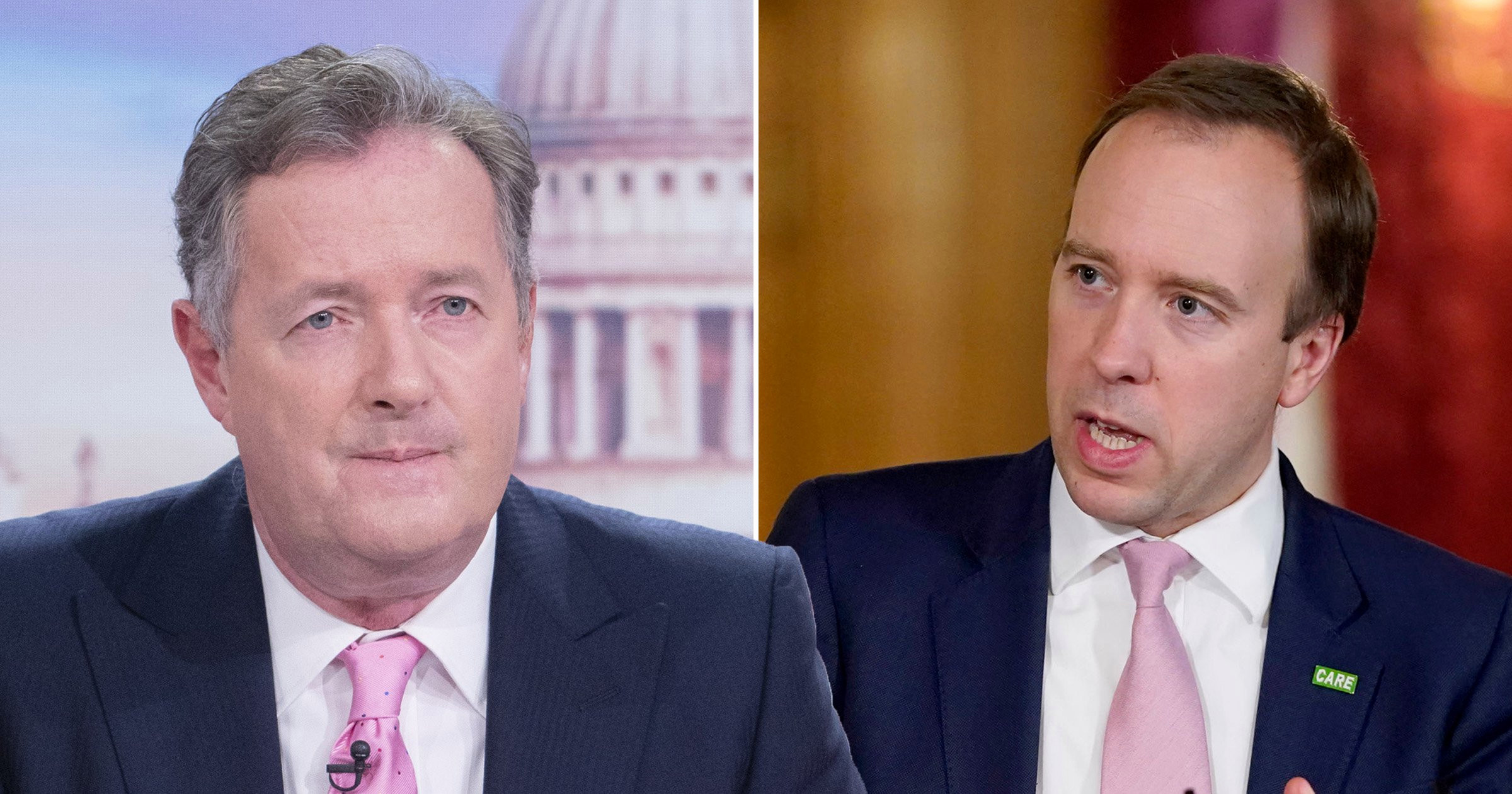 Somebody had to do it.

It’s fair to say that Matt Hancock is probably one of the most unpopular people in the country right now given his pathetic efforts to stop the spread of Coronavirus in this country and general demeanour of not really having a clue what he’s doing in any of his television interviews and Piers Morgan has decided to call him out about it.

Piers took to his Twitter account – as per usual – for the roasting, saying the following after he had seemingly spent his morning off watching Hancock get interview by rival broadcasters:

Been watching Health Secretary ⁦@MattHancock⁩ smirk, sneer & gurn his way through interviews today. What the hell has he got to be so smug about? His handling of this pandemic has been a total fiasco. Journalists should be wiping that smirk off his cocky face. Roast him! pic.twitter.com/knHi24A33g

Yeah, as much as I don’t like Morgan you can’t really fail to agree with him on this one. I think the public has had just about all they can take of Hancock and Morgan is only really communicating the feelings of the entire nation, although it must be said that a couple of people pointed out that these kinds of comments are probably why Hancock refuses to appear on GMB now. Most people think that just makes him look like even more of a pussy though.

For more of the same, check out Piers Morgan calling Boris Johnson out about pubs closing at 10pm. He’s really got it in for everyone.