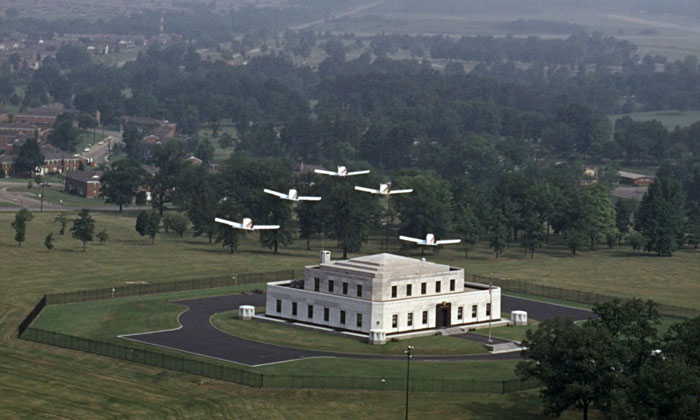 From Fort Knox to a car park in Derby.

Humans absolutely love robbing stuff off of other humans, so if you’ve got a secret, or something worth having you’d better lock it up tight. At the same time, humans love lying and cheating, so if you’re going to make a habit of that you’d better find somewhere good to hide when they come looking for you.

So if you’re a thief or a liar, here are some of the most heavily fortified places on earth: 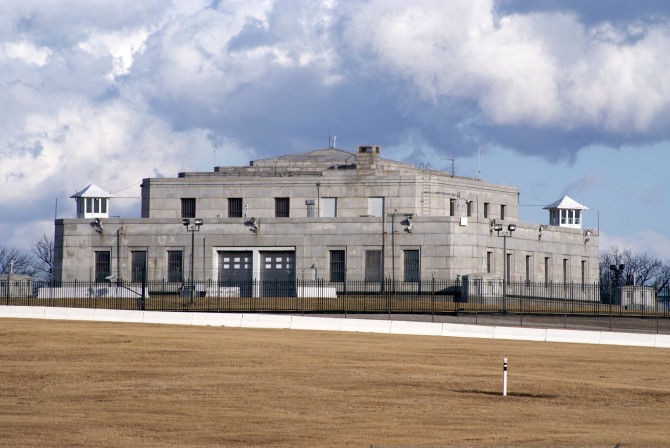 Fort Knox is in Kentucky, USA, and is synonymous with ‘you ain’t gettin’ in’. So what’s so important they need to protect it so heavily? Well, they keep in there a butt tonne of gold for starters – around 3% of the entire gold ever refined; it also holds rare documents like the Magna Carta and the Declaration of Independence.

The fort was initially built during America’s bloody civil war and ever since it has been a base for US elite troops. 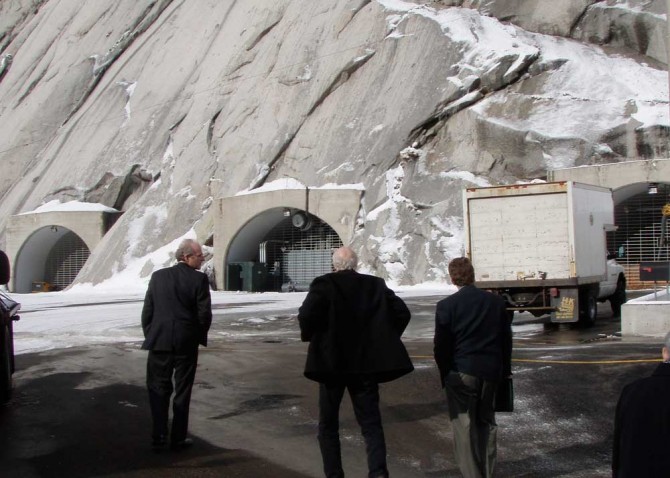 Those sneaky Men In Black type Mormons have something to hide, and they are hiding it well. Apparently the mormon vault holds important historical and genealogical records in a heat controlled environment with heat sensors and motion cameras. All in all there are around three billion pages of family records, all stored on microfilm. The compound was built in the 60’s when Cold War paranoia was at its height and it was designed to last for 1000 years.

The so-called Granite Mountain Vault is cut into the side of Little Cottonwood Canyon in Utah. Alongside the important documents the vault also holds administrative offices, shipping and receiving docks, a processing facility and a restoration laboratory for microfilm. I expect they probably have some alien spacecraft in there too. 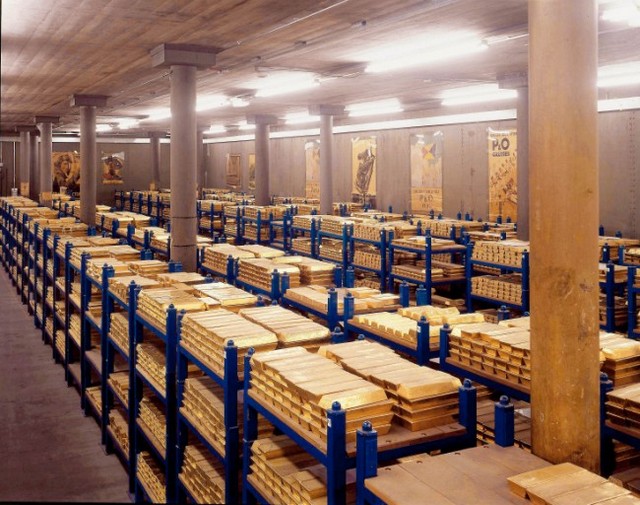 A place that holds around 25% of the world’s gold is going to be secure, that goes without saying. At the Federal Bank Reserve they have taken no chances. The facility is placed 80 ft below street level and 50 ft below sea level and, just in case, the perimeter of the building is guarded by expert snipers. 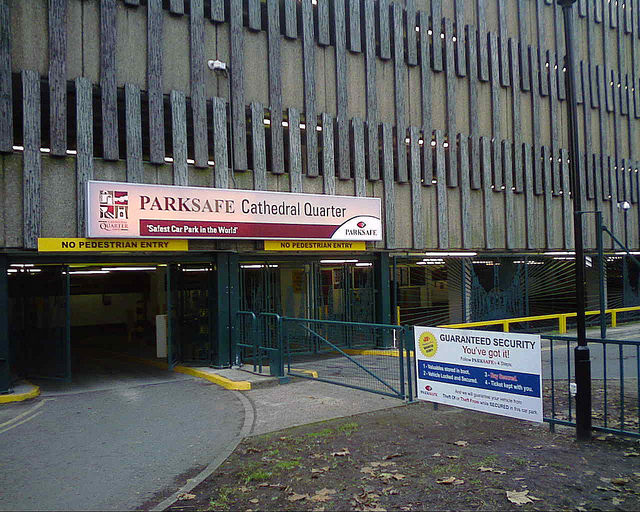 A car park? Yup, a car park in Derbyshire to be precise. In all honesty it’s not as secure as a bank vault or a military base, but as civilian areas go it’s pretty top-notch. Check it:

On entrance to the car park the driver is issued with a barcoded ticket. This barcode is scanned by a ticket machine and linked to a specific parking bay when the driver types in the bay number. This activates the specially-designed motion sensor located in the ground beneath the car. When the driver returns they may only gain entrance to the building using their ticket and, on payment of the parking charges, the sensor is turned off.

The sensor detects any movement of the car and triggers an alarm process if the associated parking ticket has not yet been marked as paid. As well as detecting the horizontal motion of the car being driven off the sensor also checks for vertical motion such as that caused by a person getting into the car.

The car park is monitored by a control room operator using 190 CCTV cameras and a computerised map of the building. The operator also monitors pedestrian access and emergency buttons and has the ability to lock down all exit points. A PA system allows the operator to communicate with anybody inside the building.

After several years of evidence that the system worked, a guarantee was introduced stating that the costs of repairing any damage caused by “theft of or theft from the vehicle while secured in the car park” would be covered by Parksafe Systems. To avoid fraudulent claims, the entrance includes several CCTV cameras that record the state of the cars before they are left in the car park. Following one customer complaint about a small scratch, foam barriers were placed between the parking bays to prevent doors opening into neighbouring vehicles.

So if you happen to be shopping in Derby, you know where to park. 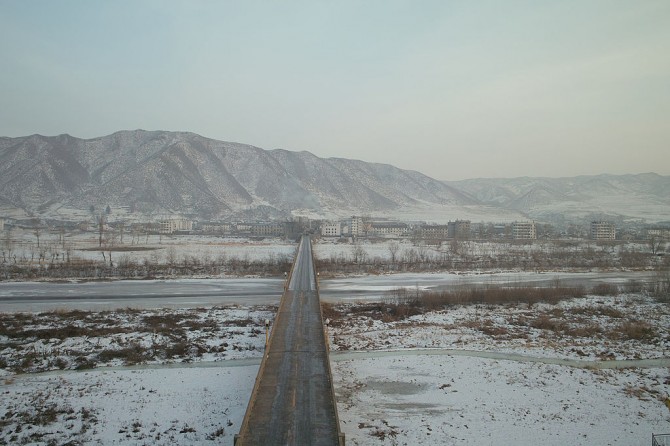 This river  is on the border of Russia, North Korea and China, nuff said. Neither Russia nor China want North Koreans invading their borders and setting up shop, and the North Korean elite don’t want their downtrodden citizens making a break for it. As such the border is patrolled heavily.

In the 1990’s the Tumen River was an exit point for North Koreans escaping famine, and since then North Korean patrols have been stepped up significantly. The river is relatively narrow and shallow and in winter can freeze solid, so it’s a useful escape route for those suffering in the DPRK. The Russian patch of the border is most heavily guarded, so most of the defectors head for China. 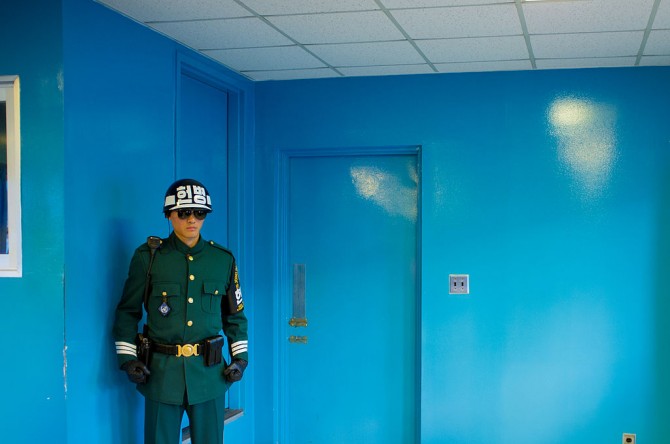 Still in North Korea, the DMZ is a bit of a misnomer as it’s the most heavily militarized border in the world. Splitting North from South since 1953.

On the plus side, the area around the border is completely uninhabited and a nature reserve now thrives in the vicinity. The accidental nature reserve is recognized as one of the most well-preserved areas of temperate habitat in the world. The resident wildlife includes rare jewels such as Siberian tigers, Amur leopards and Asiatic black bears. It’s a shame that it takes humans a massive military beef to actually let nature get back to its old self again. 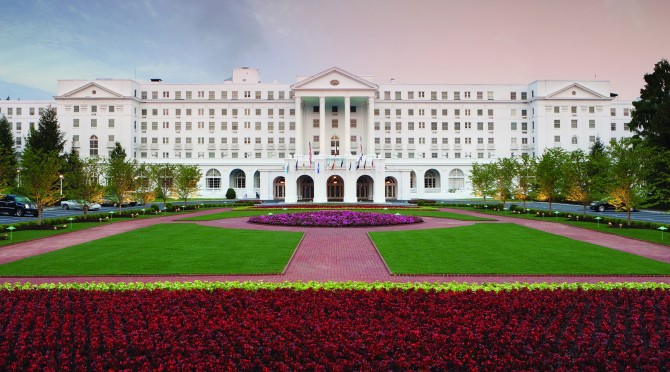 Spread out across 6,500 acres, this exclusive luxurious hotel resort lies deep within the forests of West Virginia. But underneath lies the real secret: a 25-ton nuclear blast door, with tunnels behind it creating a nuclear bunker filled with supplies for members of the U.S. Congress to weather out a nuclear attack.

In fair weather there’s a golf course to use and in the evenings there’s a casino, and if the end of the world comes, you’ll be AOK too. The bunker has since been declassified but is still used as a hyper-secure data warehouse.

They’re not exactly holiday destinations, but they’ve all got their own charm don’t you think?