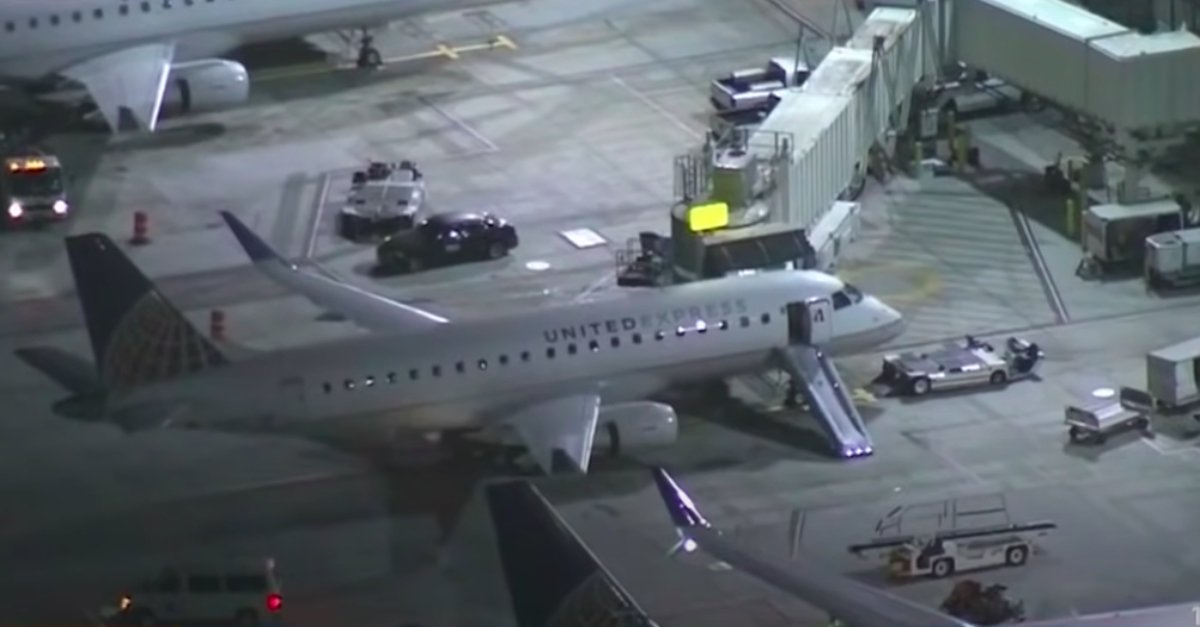 Oh that explains it then.

I don’t think I ever want to try crystal meth because it looks absolutely disgusting, but in case you were ever tempted here’s another horror story about it that should hopefully deter you.

The tale revolves around a guy named Luis Antonio Victoria Dominguez, who was so freaked out on a comedown from a four day crystal meth binge that he opened the emergency exit of a plane whilst it was taxiing down the runway at LAX and jumped out of it onto the runway, breaking one of his legs. Not really sure why anyone would want to do something that could potentially make you end up doing that, but there you go.

Anyway, Dominguez’s story began when he flew into LAX from Cabo San Lucas in Mexico last Tuesday. He wanted to go to Salt Lake City but couldn’t get a flight that day, so checked himself into a hotel in LA and drank several beers before picking up $20 worth of crystal meth.

However, after initially falling asleep when he sat down, Dominguez woke up as the plane was moving down the runway. He claims that he heard loads of passengers laughing and joking about how the plane wasn’t going to Salt Lake City and this ended up really spinning him out, causing him to overpower a flight attendant and bang on the door of the cockpit.

When the pilots refused to open it, he instead decided to open the emergency exit and partially deploy the slide whilst the plane was still moving. He then jumped to the floor and broke his leg, before he was arrested as he attempted to crawl away from the plane. What an absolute nightmare.

Dominguez now faces a maximum 20 year prison sentence for attempting to interfere with the plane crew. Guess he isn’t going to make it to Salt Lake City any time soon. Don’t do meth kids.

For more of the same, check out this video of Hitler off his nut on crystal meth at the 1945 Olympics. Yeowch.