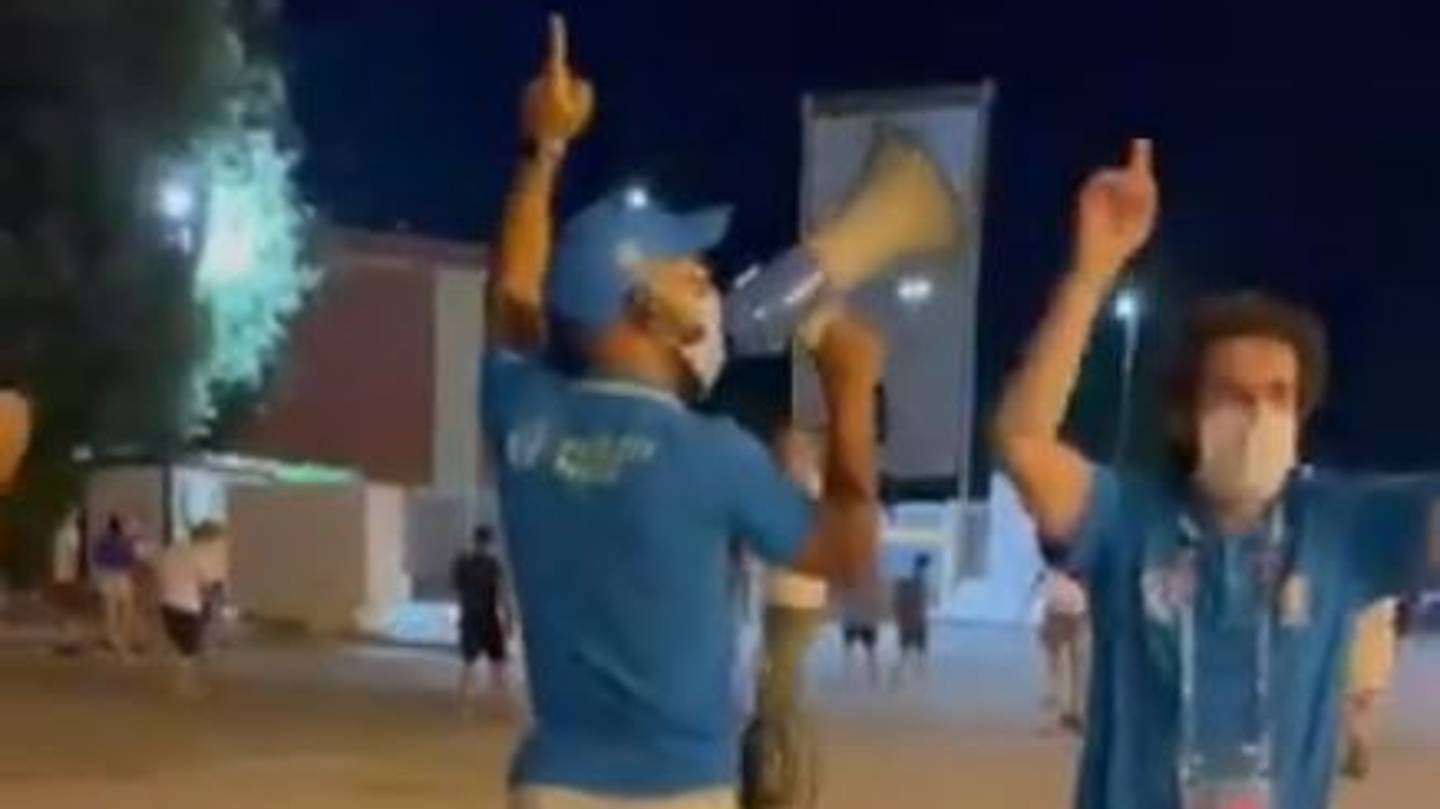 England demolished Ukraine 4-0 in Rome on Saturday evening to reach their second consecutive semi final in international tournaments and pretty much everyone in this country listened to ‘Three Lions’ over and over again as soon as the match was over.

Turns out that they were doing the same in Italy at the match too, as one Italian steward demonstrated by getting his megaphone – presumably supposed to be used for directing people around – and instead pelting out ‘Three Lions’ in front of the visiting England fans. Jeff Pedley captured the moment on video and had this to say about it all:

After the amazing 90 minutes in the stadium, the fans kept partying around the stadium.

We had been singing our hearts out for hours and there was a little lull in the chanting. That’s when one of the Italian stewards started singing ‘it’s coming home’ through his loudhailer.

He actually started the chant and within seconds he had created his own little party, as the video shows.

It was a nice touch. Earlier in the day I’d seen Italian fans wearing Scottish kits to wind up the English.

However, inside the stadium the Italian authorities were spot-on, friendly and fair – really professional.

It was a great end to a perfect night of football.

Yeah that does look pretty magical doesn’t it? I guess that’s the beauty of international football though isn’t it? Hopefully we’re doing some more celebrating come this time next week.

For more of the same, check out this footage of Germany fans reacting to Thomas Muller’s miss. Absolutely magical.