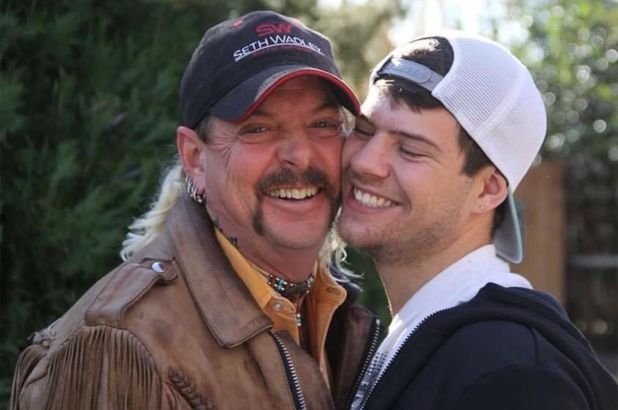 I said earlier today that there was likely to be a plethora of ‘Tiger King’ news in the coming days thank to Louis Theroux’ new documentary on the show coming out in a few weeks, and the latest bombshell to drop concerns Joe Exotic’s divorce from his husband Dillon Passage.

The last time we saw Dillon he was still hopelessly committed to Joe despite the fact he was going to be spending the next twenty years of his life in prison and was doing everything he could to campaign for his release. Turns out this wasn’t enough though and he’s met someone else on the outside who he refers to as ‘his manager’ and he’s getting with him now and divorcing Joe.

Judging by the differing tones of their social media statements about the separation, it sounds like Joe is taking this news a lot worse than Dillon:

Yeah, definitely doesn’t sound like Dillon is that upset about this one whereas Joe Exotic is distraught and I suppose you can’t blame him? Must be really hard for both of them trying to sustain a relationship when one of them is going to be incarcerated for over 20 years.

Not really sure if it’s that easy to feel sympathy for Joe Exotic here though considering that he’s in jail because he literally hired a hitman to kill Carole Baskin. That kinda seems to get glossed over a lot whenever anyone talks about him doesn’t it?

For more of the same, check out Jeff Lowe being poisoned over the weekend. It’s all kicking off.