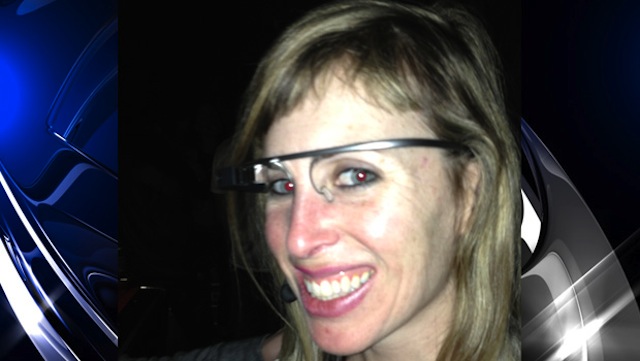 This woman was attacked for wearing Google Glass at some dingy bar – should she have been a little more discreet?

Sarah Slocum from San Francisco was attacked in a bar for wearing Google Glass but says she won’t be intimidated into not wearing them anymore.

She says that while out with friends she noticed two women “shielding their faces and rolling their eyes” at her, taking the piss out of her choice in eyewear. One of the women then made an obscene gesture and, feeling threatened, Slocum announced that she was going to record them with her Google Glass. One of the women and a man confronted her and asked not to be filmed. The woman threw a towel at her, and the man ripped her glasses off her face and ran out of the bar with them.

Speaking after the incident, Sarah said:

“I don’t want people to see me without Google Glass now. Now that people know this happened to me, I don’t want them to think I am afraid to wear it. I don’t want the people who verbally and physically attacked me and wronged me to have that.”

â˜› Read Next: What Are Sick Chirpse Users Googling? Part 2

Sounds like she thinks she’s the Rosa Parks of technology or something; breaking down barriers for the Google Glass wearers of the future. Fighting for everyone out there who’s on their technology A game and won’t keep quiet about being discriminated against anymore.

Reality is – people who wear Google Glass are the worst. Pure attention seeker status. Sarah Slocum’s fists probably start shaking when people meet her and don’t ask her how her Google Glass works. Those people were probably just sharing a laugh because she looked funny wearing them and only approached her after she started recording them (instead of just ignoring them). Nothing actually to do with the fact she was wearing amazing Google Glass technology. Bun your hype!

â˜› Up Next: 46 Amazing Images Captured On Google Street View

There was some better POV footage of the incident but it got taken down. The place looked a bit of a dump – not exactly somewhere you’d show off your expensive new eyewear. There’s a clip in this video: