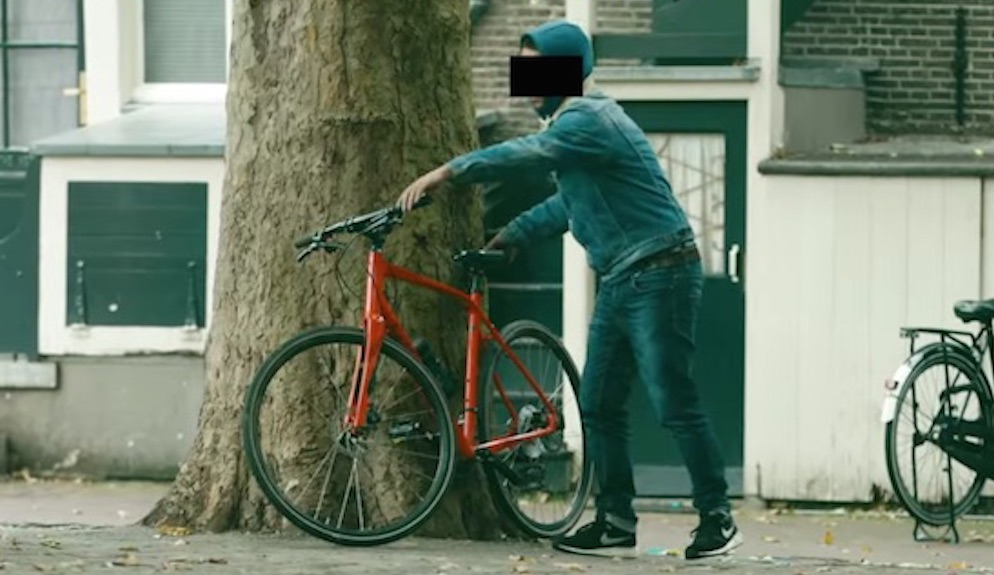 This is one way to deter criminals.

Bikes being nicked is unfortunately a massive problem in European cities, with as many as one being stolen every five minutes. That’s a lot of bikes getting stolen, and most of them never ever get found too.

Most people aren’t that aware of this though, so in order to promote the problem WeLoveCycling.com decided to make the following video in which they prank people who try to steal bikes. Dubbed the European Bike Stealing Championships, the company set up bikes in Amsterdam, Prague and Rome with booby traps that went off when someone tried to steal them, and also had a band and confetti in place to celebrate the winning city.

Who do you think came out on top?

Well yeah, I didn’t think it was going to be Amsterdam either – every time I go there, bikes just litter the streets without locks like it’s fine just to leave them there. But I suppose there’s always one guy who’s on the look out for a quick score. Guess he got more than he bargained for this time though huh?

Seriously though, if you own a decent bike make sure you look after it and always securely lock it wherever you go – there’s nothing worse than getting your bike stolen. If you enjoyed this bait bike prank, then make sure you check this one where the bike is locked to a tree with an invisible rope too, it’s probably even better.