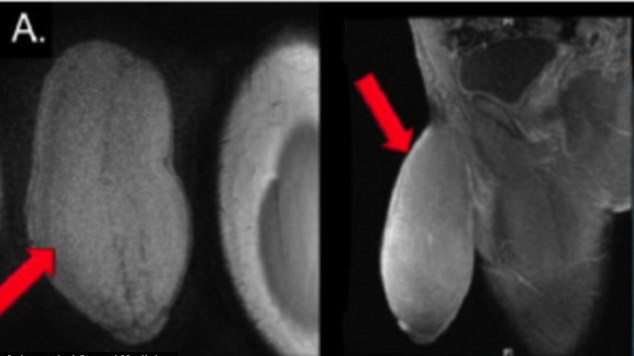 Yes, there are before and after photos you sickos.

A 17 year old boy from Florida has become the first person ever to receive a penis reduction surgery because he felt like his dick was too big to allow him to have sex or play sports. Some problem huh?

In fairness when you get a look at the thing (you can see before and after pics on the slideshow by using the arrow keys on your keyboard or swiping on your mobile) then you’ll probably sympathise with the kid because even after the surgery he has one huge ugly log of a dick and before the surgery, well, you can see for yourself. Apparently before he went underneath the knife it was 7 inches long with a 10 inch girth when it was flaccid and it didn’t get bigger when he became erect, just harder. Ugh.

Surgeon Rafael Carrion from the University of South Florida explains how he felt when he received this request:

There comes a time in every urologist’s career that a patient makes a request so rare and impossible to comprehend that all training breaks down and leaves the physician speechless.

That question was “can you make my penis smaller?”

Hmmm, is it as weird as a request for plastic surgery to make you look like Justin Bieber though? Anyway, in order to perform the surgery, Carrion made an incision in an old circumcision scar and then unwrapped the skin. He then cut out two pieces of tissue from each side. Did it work though? Apparently the subject seems happy with it, but when you look at the pictures it’s still a monster. Let us know what you think. 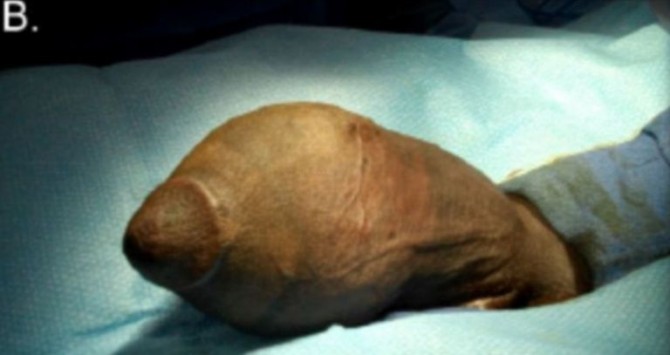 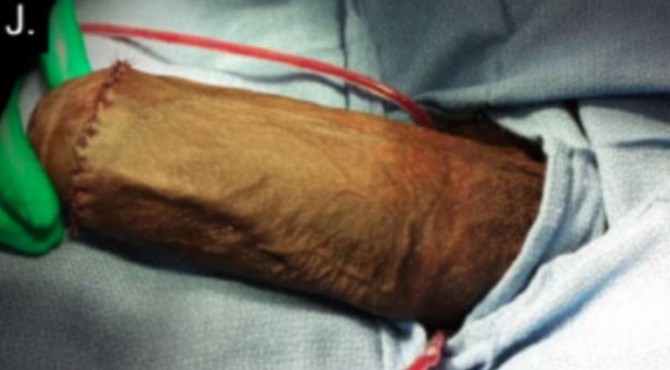