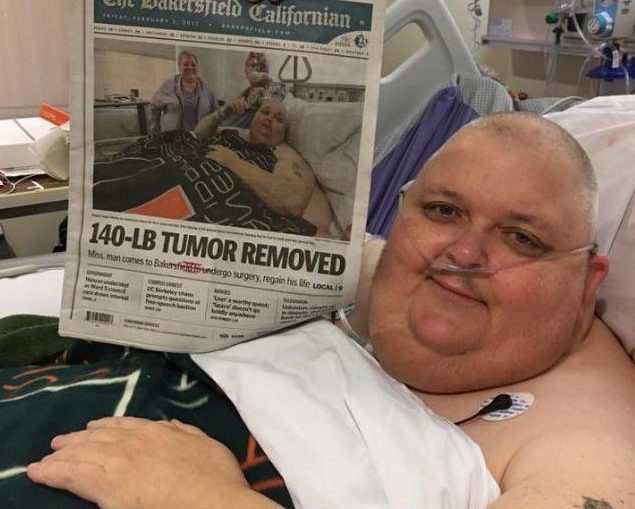 A man over in the US is currently recovering in hospital after having a 130-pound benign tumour removed from his abdomen.

For 15 years, the tumour had slowly grown inside of Roger Logan until it reached the size of a small adult. Unbelievably, the growth did not get spotted and instead he was told that he was fat: 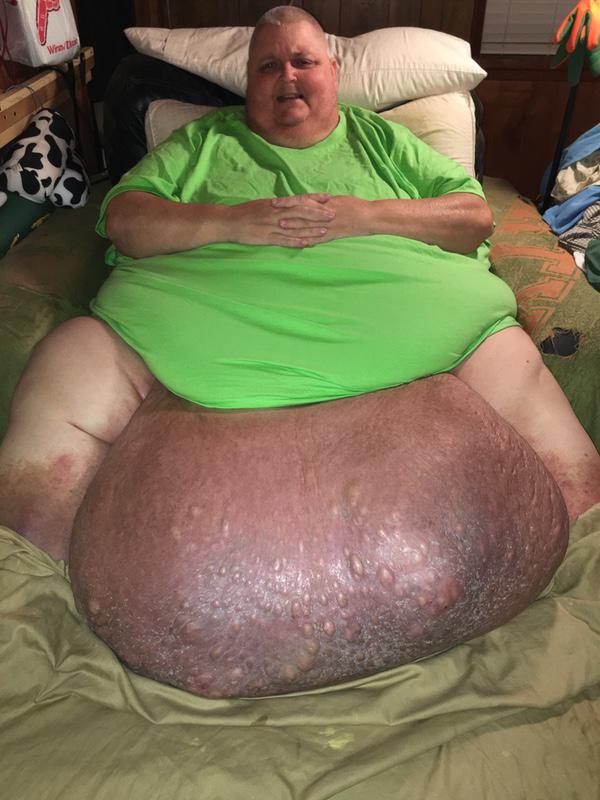 Usually at home I would sit and it would rest on the floor. Doctors dismissed it for years as ‘just fat.’

Harsh. Doctors now believe the benign tumour most likely started growing because of an ingrown hair.

From here up I was a normal person. I used to say ‘Put a strap around you and (carry) three bags of cement around you all day long, just swinging.’ 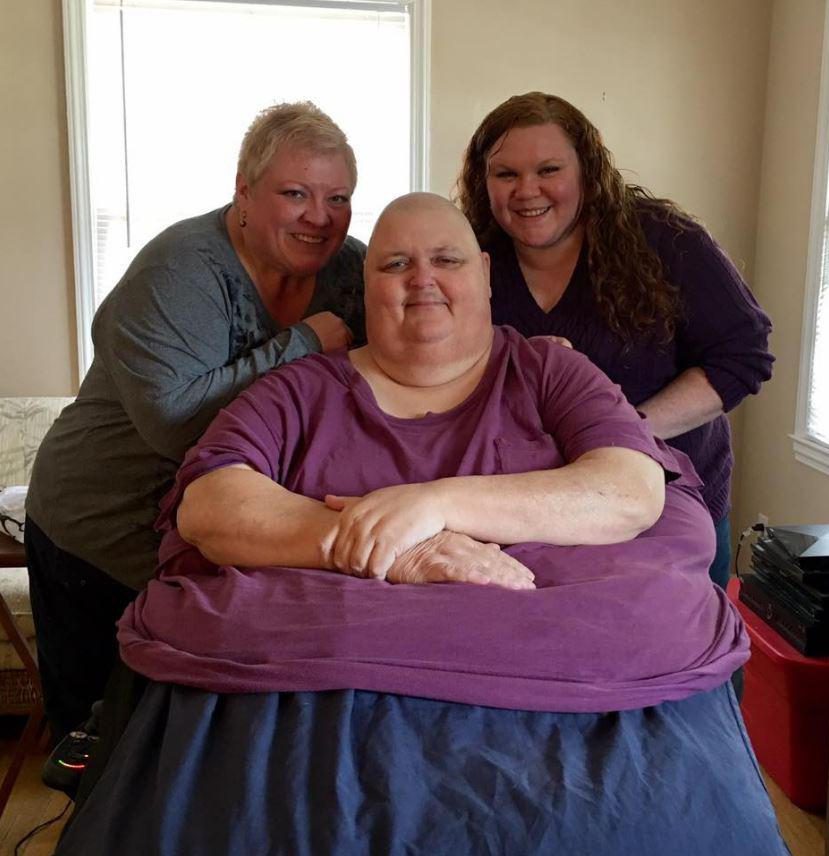 Fortunately, after researching his condition, Logan ended up in Memorial Hospital in Bakersfield with Doctor Vipul Dev, who said:

We’re fortunate to have a facility like this where we can do this kind of surgery with very little or no complications.

Logan said he’s thrilled the surgery went well, but wants to take care of one last thing while he’s still in California.

I’m waiting on the tacos.

That’s the spirit. He’s just lost 130 pounds, so why not put a bit back on? He can afford to now.

To read about the time doctors discovered a tumour with teeth in a baby’s brain (definitely NSFL), click HERE.