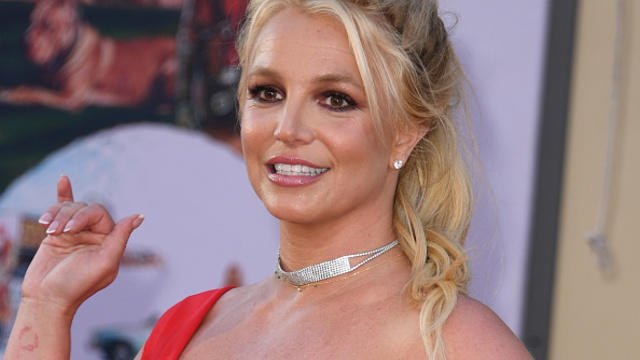 This is absolutely nuts.

So in case you don’t know the backstory – Britney Spears has been in a ‘conservatorship’ controlled by her dad, Jamie Spears, since 2008 after she had a mental breakdown. This means her dad “manages” basically every aspect of her life including her career, her finances and even certain aspects of her health.

Up until recently, Britney had denied any issues with her dad/conservatorship while also playing down the #FreeBritney movement made popular by the Netflix documentary, ‘Framing Britney Spears’.

Well, while appearing in a Los Angeles court via telephone this week, Britney finally laid out the truth…

I’m not here to be anyone’s slave.

I’ve lied and told the whole world I’m okay and I’m happy. It’s a lie. I thought that maybe if I said it enough, I would maybe become happy because I’ve been in denial. I’ve been in shock. I am traumatized … I’m so angry it’s insane. And I’m depressed.

A lot has happened since two years ago, the last time I was in court. I haven’t been back to court because I don’t think I was heard on any level when I came to court last time.

I wanted to take the IUD out so I can start trying to have another baby but this so-called team won’t let me go to the doctor to take it out because they don’t want me to have any more children.

Wow, how messed up is that? Her own dad is telling her what she can and can’t put inside her body, is dictating whether she can get married and have (more) children, and is literally controlling her body in some sense. Who even knew having this sort of power of someone via a ‘conservatorship’ was possible? It’s pretty mind-blowing if you think about it.

Surely the courts can’t ignore what Britney has said here, and with pressure from the media and public I’m sure it’s only a matter of time before Britney is ‘free’. You can listen to her full court appearance below – it’s quite something…