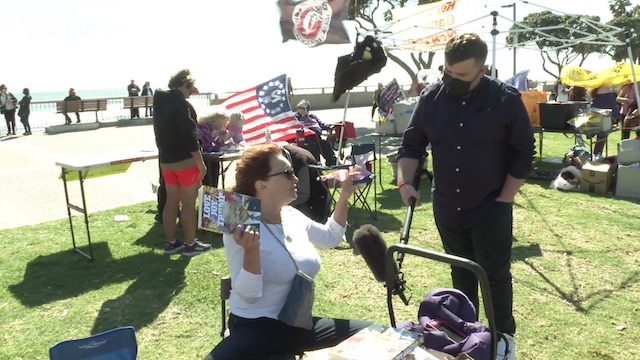 The whole QAnon conspiracy movement has to be the most ridiculous and crazy thing that’s happened in the last couple of years, and these guys are still coming up with and pedalling more and more theories that it’s hard to believe that anyone could take seriously.

The latest one of these involves Trump becoming President again on March 4th because that was the original inauguration date of the Republic of the United States, before it was moved to January 20th after the United States became a corporation. Don’t ask – it’s completely made up whack job shit but you can click on that link above if you want more info on it.

Thankfully, none of this is going to true and it is actually really funny listening to these idiots talk about it, as we can see in the CNN interview below:

Wow. If you don’t laugh then you would probably cry. Actually difficult to watch and think that there are people like that who actually exist in this world, but I suppose that’s why it’s important that CNN  make videos like this. Really is a different world out there in some places you look.

For more of the same, check out what happened on January 21st when QAnon supporters realised they had all been lied to about Biden. Very funny reactions.