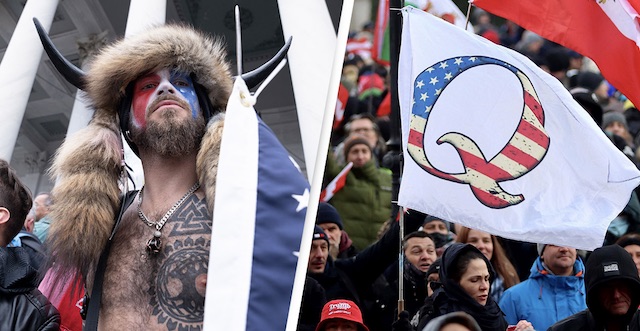 If there’s one thing that I can’t really get over that’s happened over the past four years of Trump’s Presidency, it’s just how many conspiracy theories have emerged and just how many people have believed them to the extent that they actually have their own movement now called QAnon, which I’m sure we’ve all heard of as they’ve pretty much infiltrated the mainstream media.

However, QAnon supporters were spouting a different load of rubbish yesterday after they were shocked to find out that Trump didn’t end up disrupting the inauguration with the help of the military – an idea that had spread around their social networks over the last week or so. They had termed the event ‘Popcorn Day’ and also thought that Trump would finally institute the mass arrest of the secret cabal of elite Satan worshipping paedophiles that he has been fighting ever since his election.

Obviously, this didn’t end up happening though and a bunch of QAnon supporters literally couldn’t believe what they were seeing. They took to Telegram – one of the social media platforms favoured by their supporters – to vent their disbelief at the situation and offer alternate readings on it and thankfully some guy called Alex Kaplan who reports on QAnon was on hand to get the screenshots and post them on Twitter for everyone to have a good laugh at.

Get a load of this (I would normally embed the tweets, but you can’t click on the screenshots to enlarge them so have uploaded them instead – props to Alex Kaplan though for digging them up. Give him a follow) : 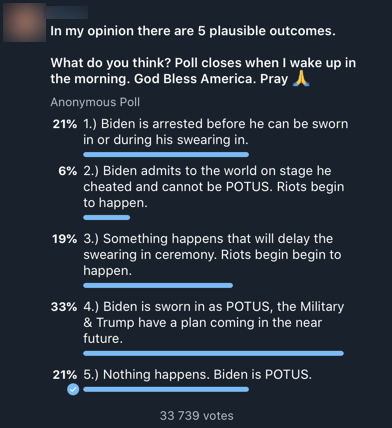 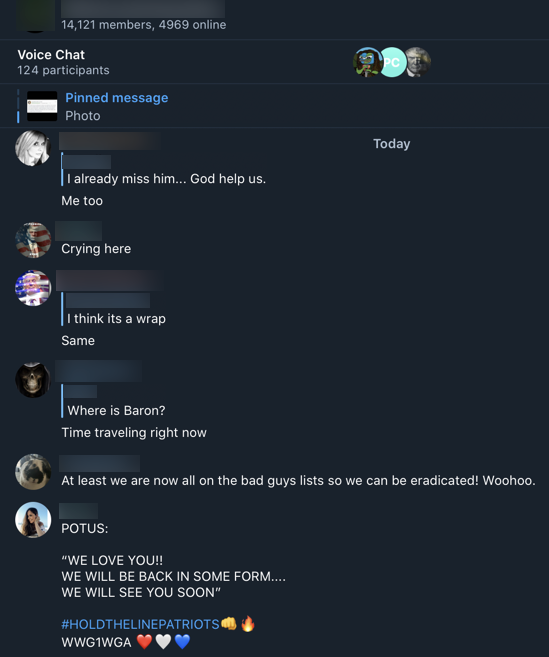 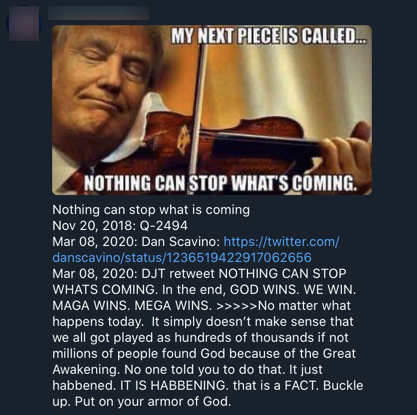 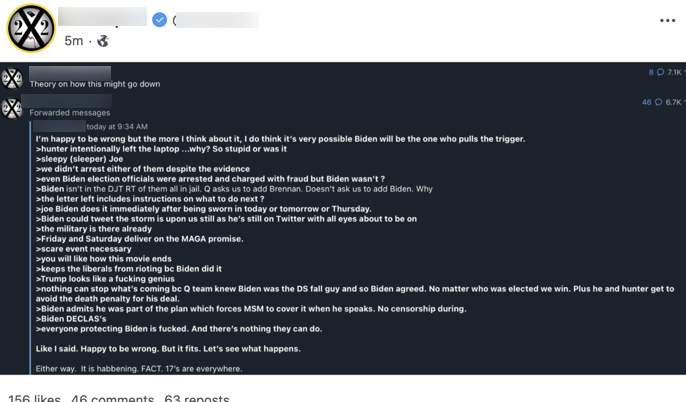 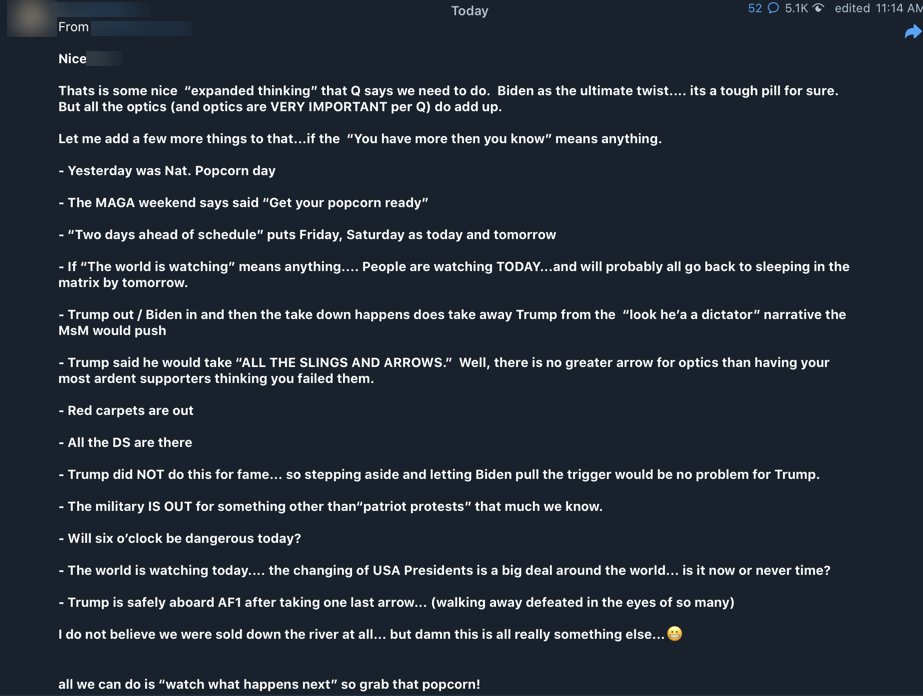 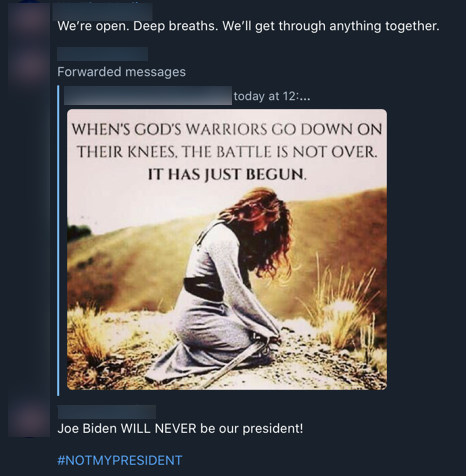 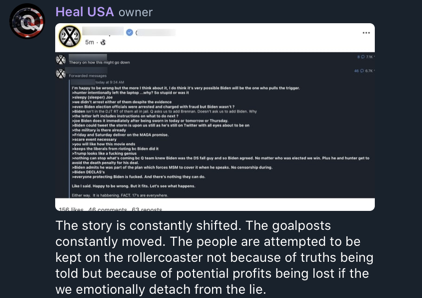 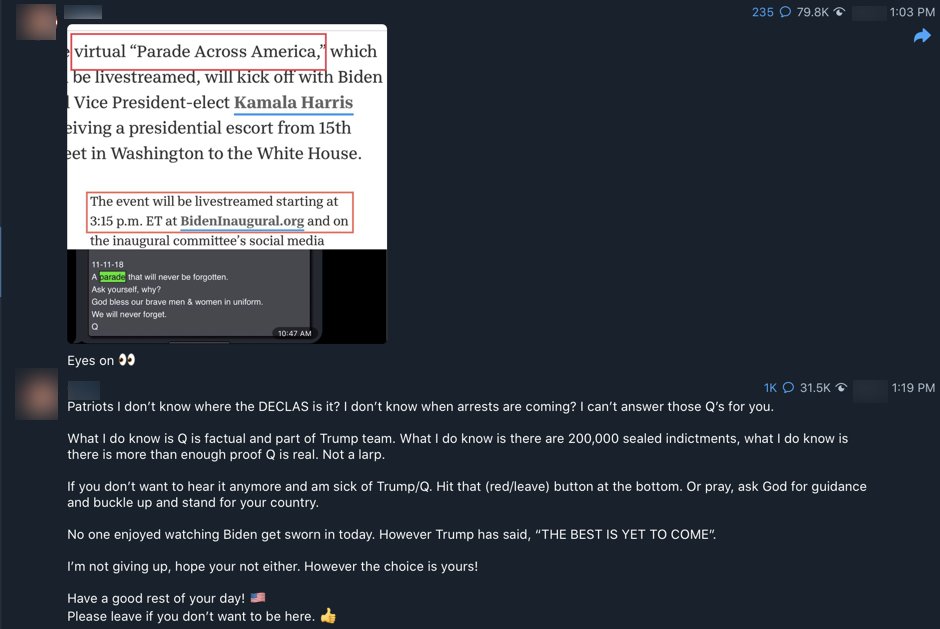 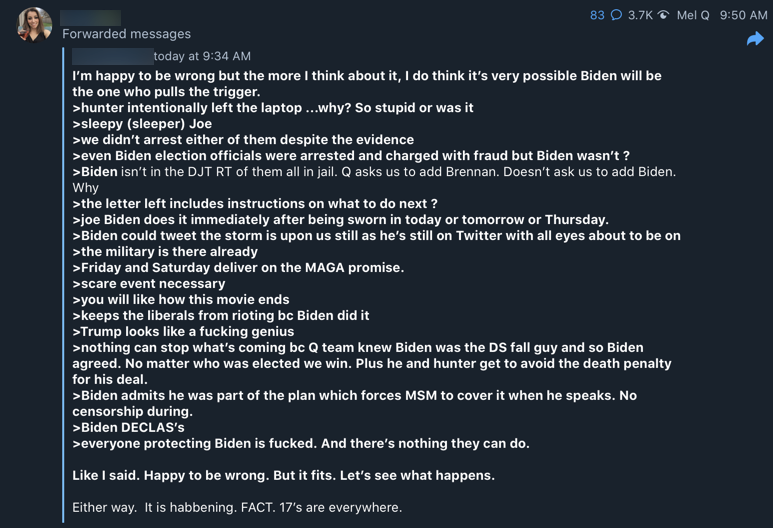 Wow. So there really is a lot going on here an it seems like there are a few different directions that the followers of QAnon are branching off into – those that feel betrayed by Q and don’t know what to do with themselves (fair enough reaction if you actually believed all this crap for the last five years), those that think this is all part of the plan and Q will reveal the true plan in the near future (kinda sensible in this whole scenario but obviously not sensible by a normal person’s perspective) those that think that Biden was always part of QAnon and this is all part of the plan (the most ridiculous take on anything ever given everything that’s been said).

It basically seems like the movement is more fractured than ever, which can only be a good thing. You can only guess at the idiotic takes they’ll come up with over the next few years, but hopefully all this crap will die down now that Trump isn’t President any more and encouraging it. Sadly, I feel like it could get even worse though.

For more of the same, check out Brian from the Backstreet Boys being a QAnon supporter. What a jerk.