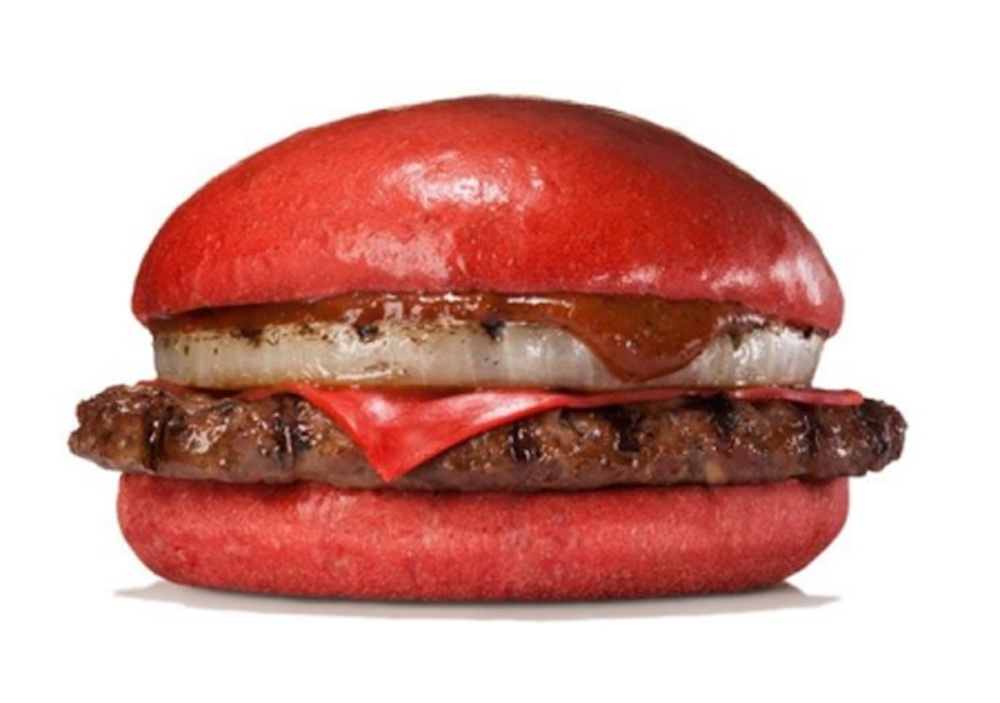 Following on from thousands of culinary items that look amazing but aren’t available in the UK, like the Burger King black burger from last year and the Double Down King in South Korea, Burger King have added a new one – the red burger. Why? Who knows, but it looks kinda cool and I bet you want to eat one, don’t you?

The Aka Burger (Aka is Japanese for red – original) comes in two different formats: Samurai Beef and Samurai Chicken (again original), with the chicken burger being slightly more expensive as you might predict. It looks like the beef burger comes with a slice of red cheese and a giant onion for some reason and cheese, whereas the chicken burger comes with more tradiitonal toppings like tomato and lettuce. They both come with a  sauce made out of chill peppers and chill paste, which Burger King Japan is describing as ANGRY.

Sounds pretty good right? Why the heck do these awesome burgers never make it over to England eh?

Meth Is Now Cheaper Than Burger King In Most Of Asia

You Can Now Get Burger King Perfume 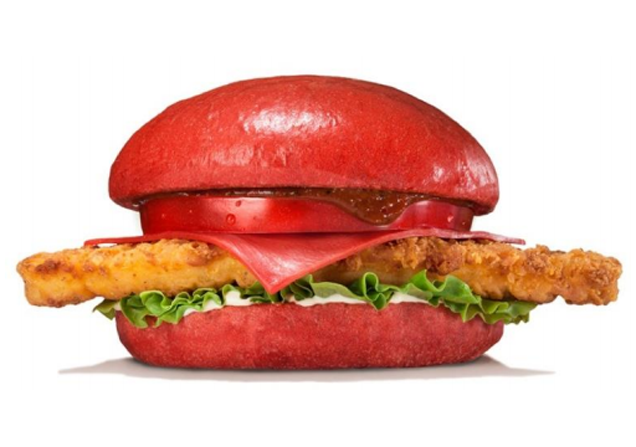