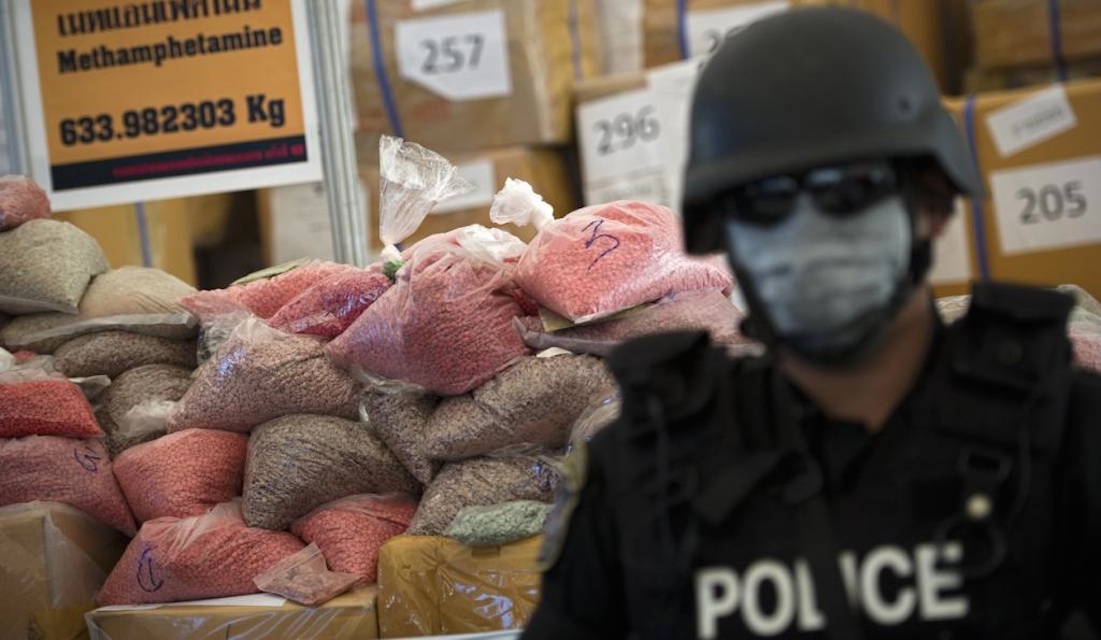 Burger or meth? Your choice.

Shocking new statistics have illustrated that meth is now cheaper than the price of a Burger King Whopper in much of Asia. As a point of comparison to these stats, a Whopper normally sells for around $5 in the region.

Pretty cheap then hey? Even in places where it’s actually pretty expensive comparatively. People are claiming that it’s even really easy to afford meth in China if you’re willing to forego food for the day, and once the meth suppresses your appetite that’s pretty much a no brainer. Grim.

Why is it so cheap all of a sudden then? Well, it’s actually kind of cyclical and it’s because there’s so much demand for it. The demand has led to more and more meth labs popping up all over the continent and this has led to an increase in the supply of the drug, leading to the price plummeting.

This idea is supported by the fact that authorities seized over 270 million pills of meth last year, which is a tenfold increase over the past seven years. If that much meth is now being seized, imagine how much is actually out there now. Scarily, the amount that was seized is enough to keep every man, woman and child in California high for a week and everyone in Florida high for two. Not that they need any help with that. Again, imagine how much meth is out there if that’s what’s being seized, and imagine what it can actually do to not just the population of Asia, but the population of the world. Terrifying.

It’s estimated that almost 2 billion pills of meth are produced in South East Asia. And that’s a conservative estimate. Enough to keep everyone in the United States high for a week. Even more terrifying is the fact that this just includes pills of meth, and not its older brother crystal meth which is a lot more pure than plain old meth. This is a lot more expensive in Asia – typically costing $100 a gram – and so many simply stick to the meth pills, which are lower in purity but make you go absolutely crazy as well. You’ll probably be asleep by dawn instead of tweaking for 24 hours, which some might say is preferable anyway.

Most of the meth in South East Asia is produced in the Shan State area of Myanmar. The area is home to several different militias – some of which are aligned with the government – which all have their own meth production facilities located deep within the hills. The fact that the area generally has no laws means that they can operate in relative freedom. In this region, meth pills can come as cheap as 50 cents for one.

The whole situation is probably only going to get cheaper and worse. Not good – if you want to make sure that you never get tempted to try meth though, check out these photographs.