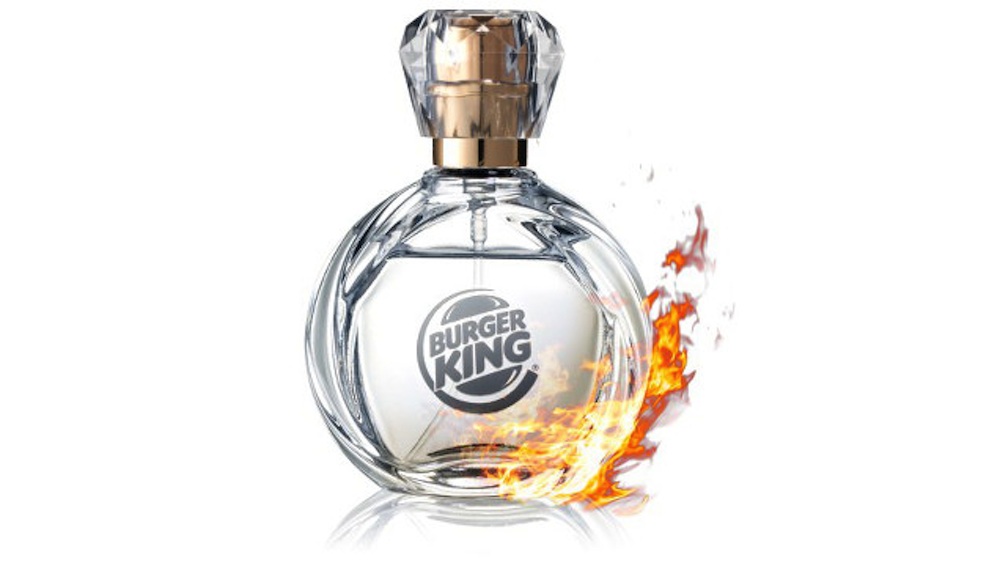 This year, in order to celebrate International Whopper Day, Burger King has decided to release a Whopper scented perfume called Flame Grilled in Japan for sale at around £27 a bottle. Worth it?? Well, you do get a free whopper with it and also get to smell like burgers all day as well so possibly sure. Possibly.

I’m not sure if the Japanese like their women like their burgers or something (flame grilled?) but this seems completely bizarre to me – do you really want to go home with a girl who smells like burgers? I probably wouldn’t even take that option down the kebab house on a Friday night after a few too many Jagerbombs to be honest. Maybe it’s different over there though sure. 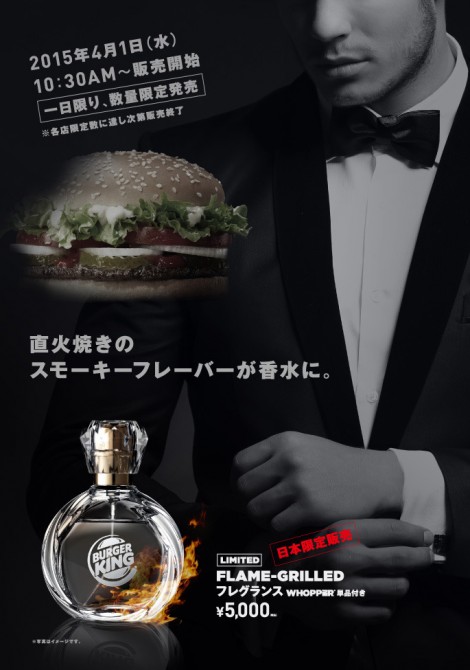 Or of course it could be one massive practical joke. International Whopper Day falls on April 1st, and surely that can’t be a coincidence right? Can it? Or maybe Japan really is as crazy as some of the articles we’ve posted about it and they really do like women who smell of burgers?

Even if it is a joke – and it might not be as BK have previously released a fragrance named Flame back in 2008 and Pizza Hut released Eau De Pizza Hut in 2012 – Burger King haven’t spared any expense in promoting it by creating the somewhat questionable sexy looking poster you can se above. It certainly looks like the scent you need to bag that classy man of your dreams.

However, that’s nowhere near as weird as the promo video for Flame that you can see below which is honestly kind of disturbing more than anything else. Flame grilled baby.