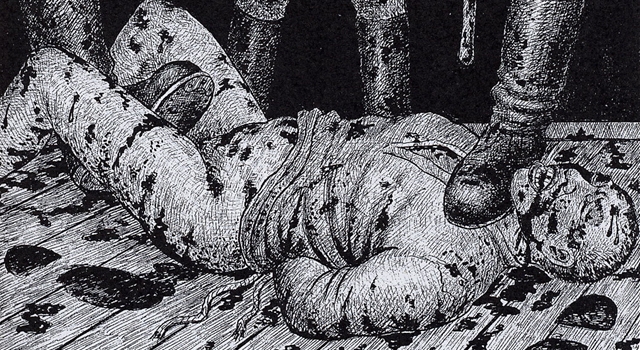 The Gulag prison camps in Russia were a real life horror story. Here’s some sketches made by a guard. They are eye openingly brutal.

The Gulag system in Soviet Russia was a god-awful place to end up. The Gulags were prison camps of the most tortuous and sadistic order. Political prisoners were locked up, tortured and molested indefinitely. These places of horror operated from 1918 through to 1960 and were the main tool for destroying any kind of political enemies the communist powers had.

At the peak of their usage there were 53 separate camps and 423 labor colonies, all designed to work people to death.

The following sketches come to us from Danzig Baldaev, the son of an ethnographer who was arrested as an “enemy of the people”. Baldaev grew up in an orphanage for the children of “enemies” and after WWII was forced to work as a warder at Kresty prison in Leningrad. The sights he saw disturbed him deeply and as a method of catharsis he sketched some of the many vile scenes that he witnessed.

Some of the images are pornographic in nature, the treatment of women prisoners beggars belief. It’s always an eye opener to see what “normal” humans are capable of when they’re put in the wrong situations. It’s easy to hope that some of these images are works of fiction, but according to the people who collated his drawings and published them they’re not. Many of the incidents have been cross checked and really did take place, or at least knowledge of similar events has been documented.

I’ll start with probably one of the most brutally sexual image. Women were basically sex slaves for guards and high level criminals. Women who didn’t willingly submit themselves to rape were punished severely. This woman has been tied to a tree and sat on an ant hill. A tube is inserted into her vagina so that the ants have easy access. It doesn’t get much darker than that does it? 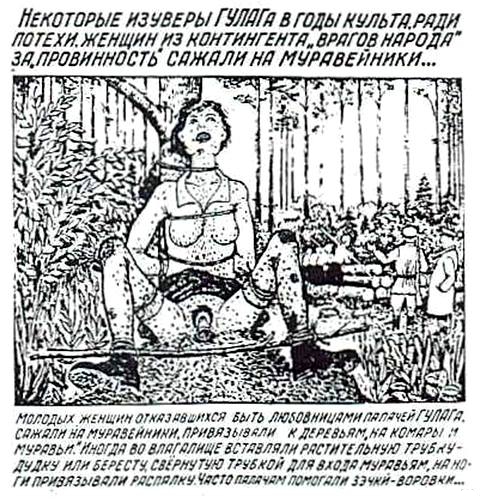 Digging graves in frozen Siberian soil is tough work, so emaciated bodies were often slipped through ice holes into the river: 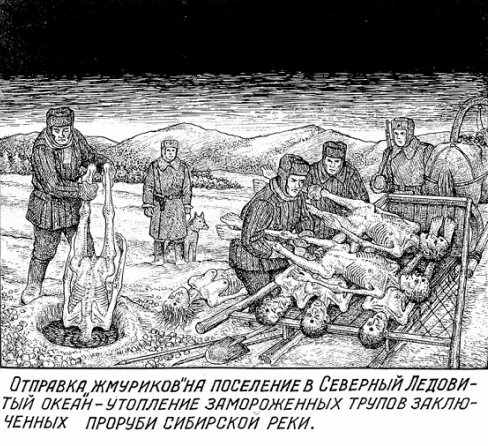 Gulags were always positioned in the middle of nowhere, plonked in the freezing Siberian wilderness. So if prisoners managed to escape they faced a long, hungry journey with few animals to hunt. To sidestep this issue they would take an inexperienced prisoner with them, known as the “calf”. When hunger kicked in they would simply kill the calf and eat him: 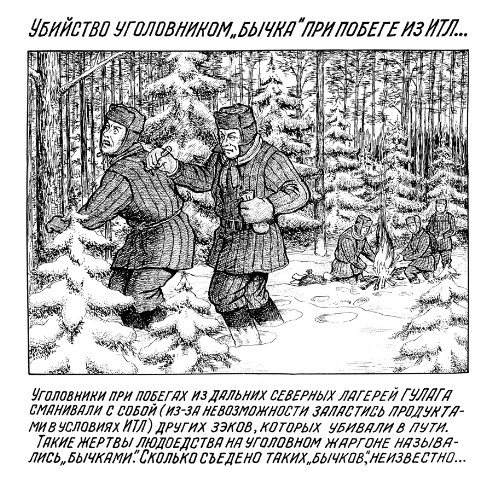 Prisoners often meted out their own brand of justice on each other: 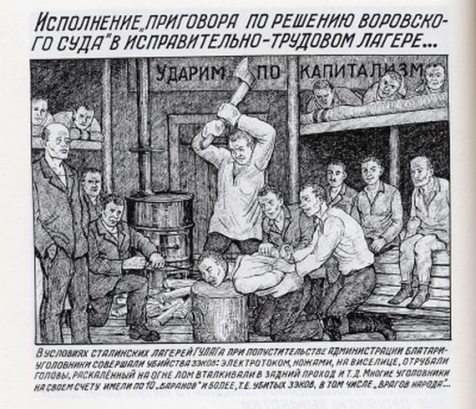 This prisoner is being prepared to be frozen to death: 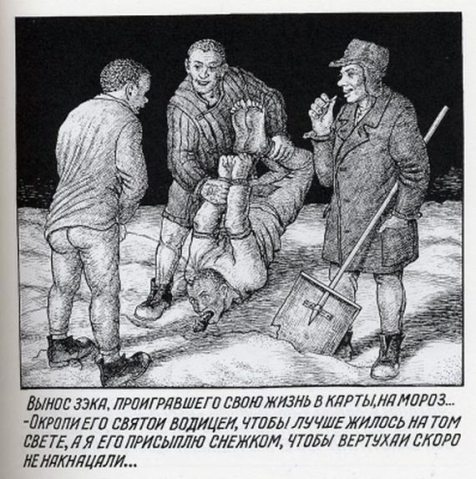 More dark imagery on the next page…