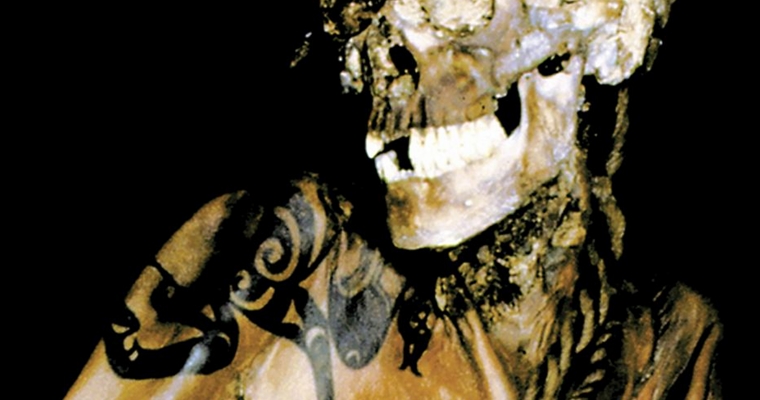 It turns out that Siberian Princesses were awesome – Inked up and high. Retro Tattoo Goddesses that took warriors and horses to their graves with them. Boom.

I don’t know how you guys feel about tattoos, I kinda like them in general, I think they’re pretty cool… on the whole. I always thought that when I grew up I would be covered. But the truth is I have better things to spend my cash on and I find it hard enough to decide what to have from the curry house, let alone deciding what I want to have stained on my body for the rest of my life. Maybe I’m indecisive? I’m not sure? Oh, and I’m not a massive fan of physical pain either, call me a wierdo if you like but I prefer to be pain free en general.

Greek people joke that you can tell the age of a Brit abroad by how many tattoos he has, and I must admit that the tramp stamp does seem to have diluted the tattoo’s coolness somewhat. If I had 10p for every tribal tattoo I had seen, this morning alone, I would have 30p. But I can’t seem to find anyone willing to pay me per tattoo sighting.

She died at about 25 years of age and was buried alongside two personal warriors (who were probs killed for the purpose – unlucky), six saddled up horses ready to ride her safely into the next world, some trinkets, some meaty snacks and a small container of lovely jubbly prehistoric weed! She must have been abit of a dude. I guess you must get pretty bored in the Siberian winter. May aswell get baked. That’s what I’d do. To make her even cooler they’ve dubbed her Princess Ukok. Awesome.

She even had tattoos on her hands which is pretty heavy metal and normally the domain of tattoo artists and mentals. Hands and face are pretty major decisions, and a touch painful I would guess: 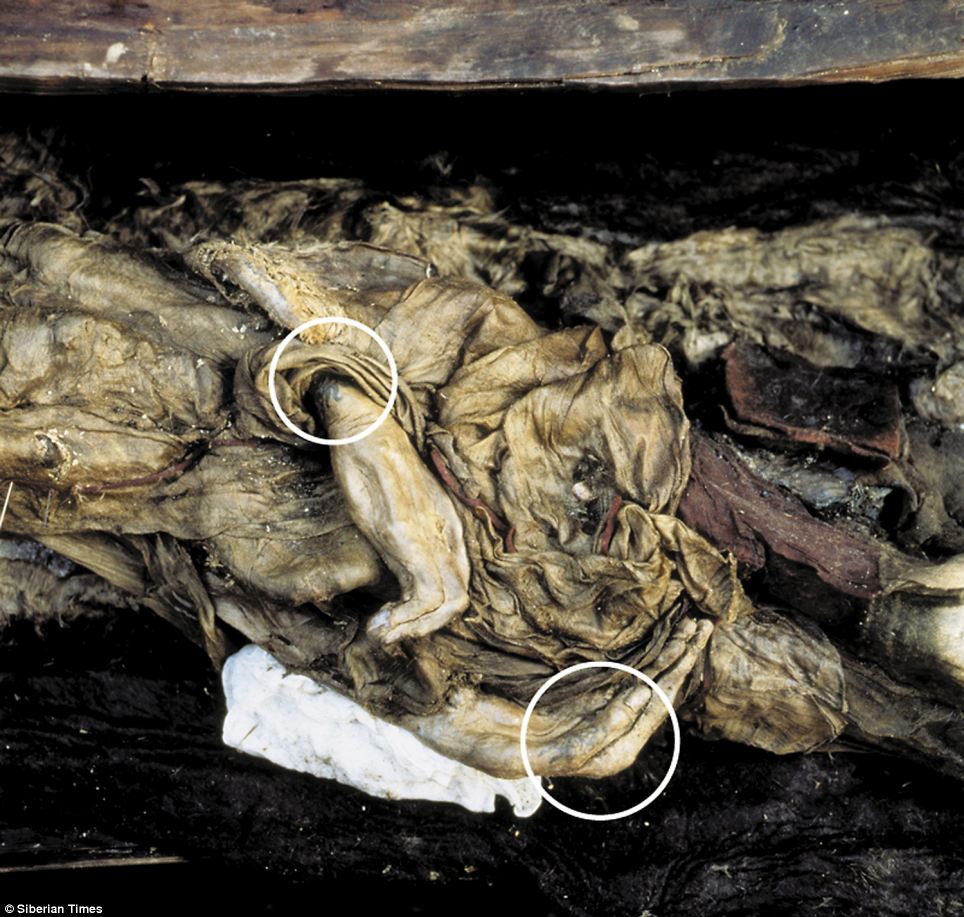 The warriors had similar art on their icey bodies too. Look at this guy’s personal mural: 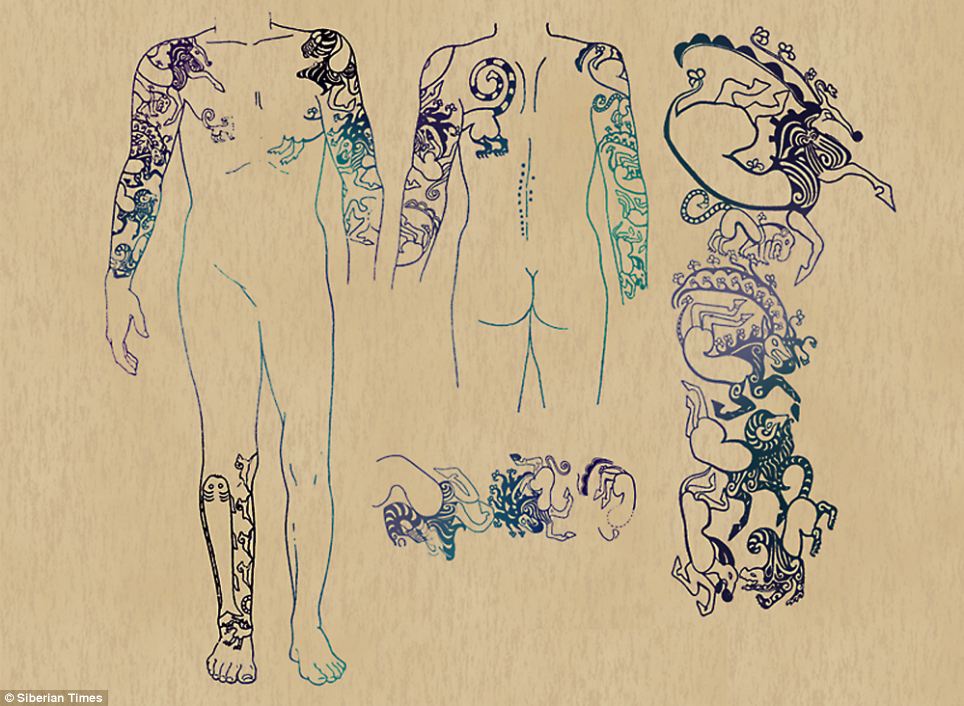 And here is one of the gnarly looking remains of the warrior dood: 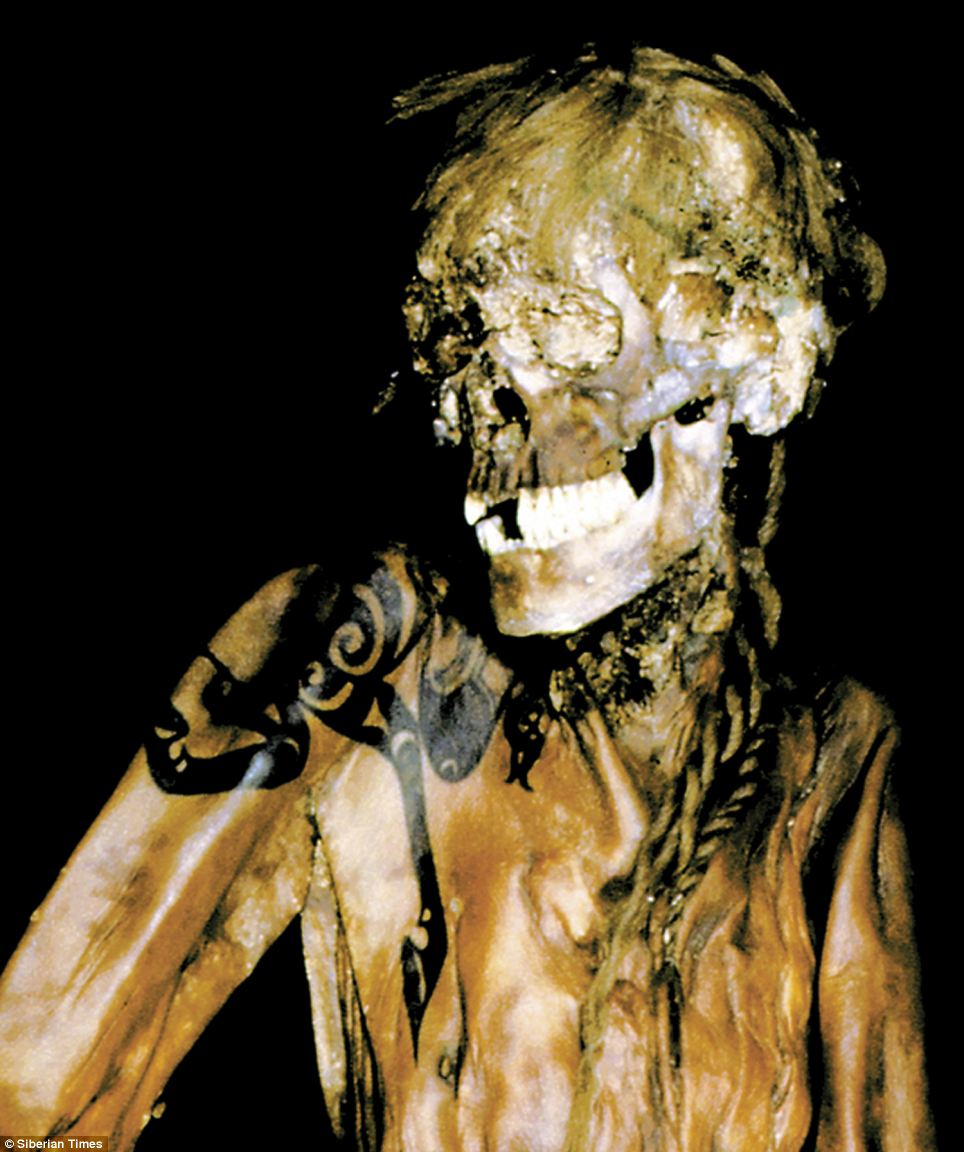 So what was this ancient hottie all about? Well, we’ll never know of course because it was ages ago and Marty McFly isn’t real and neither is Doctor Who; I think Stephen Hawking is real but I’m not sure he can help. They reckon she may have been a revered folk tale narrator, a healer or a holy woman. I reckon she was just a massive drug barron overlord. Whatevs. I would like to have chilled with her for a bit….