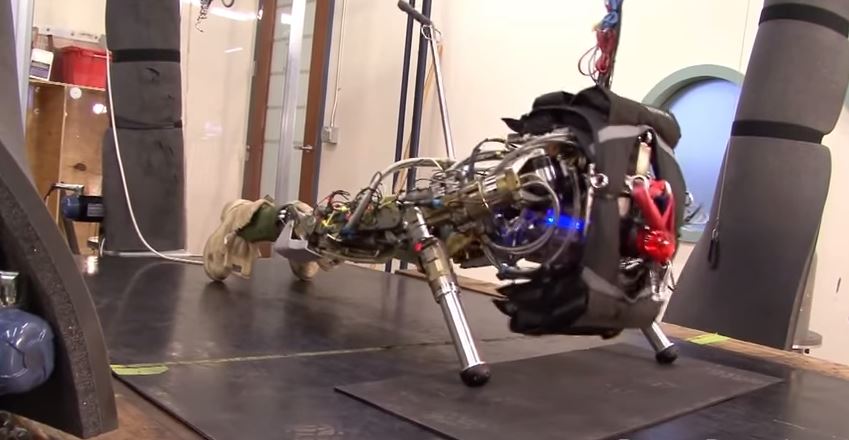 The human race is doomed.

Looks like it’s an absolute wrap for mankind, and we’ve only got ourselves to blame. Will Smith tried to warn us all in iRobot but we didn’t listen. Now we’ve got robots suffocating OAPs in their sleep in Japan and, as you’re about to see, robots getting super swole in the gym and putting human muscle heads to shame.

But before ‘Atlas’ turns on the human race once and for all, he’ll probably come in handy in the wars of the future (sigh) due to his ability to walk on rough, outdoor terrain and just generally the fact that he’s an absolute BEAST when it comes to working out:

Atlas is intelligent enough to move through congested spaces and can also use his hands and feet to climb over and onto objects. He’s also got stereo cameras and laser range finder built into his head, in case you think you’re getting away from him.

One thing’s for sure, he’d absolutely ruin one of these sex robots of the future on this evidence.