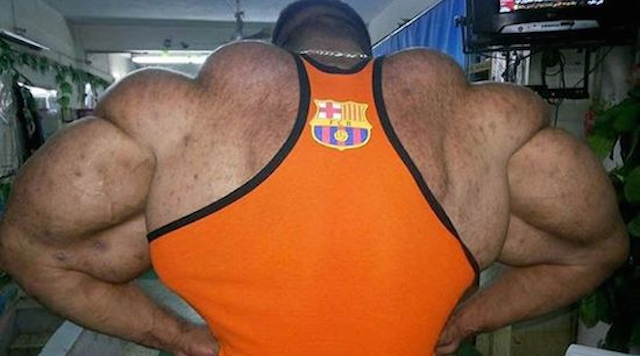 We’ve written about Synthol on the site and how injecting it into your muscles makes you look like a complete and utter moron like this Brazilian guy called Arlindo Arnomalia, but to be honest we thought he was the pinnacle of stupidity and never thought we would see anything like this ‘bodybuilder’ from Baghdad who injects both Synthol and steroids into his muscles to make them pretty much the biggest things anyone has ever seen. His arms are almost double the size of my head.

I can’t actually find any other information out about this dude (although there is a review video where this weird Jewish dude talks about him that I’ve included at the end of the post) but needless to say he’s completely gross and unhealthy and it’s not cool at all. Let’s hope he gets it together before he ends up dying just so he has stupidly big arms. Can’t really see it happening if it’s come this far already though. Apparently one of his friends already died from injecting and that hasn’t stopped him, so it doesn’t seem like anything will. Grim. 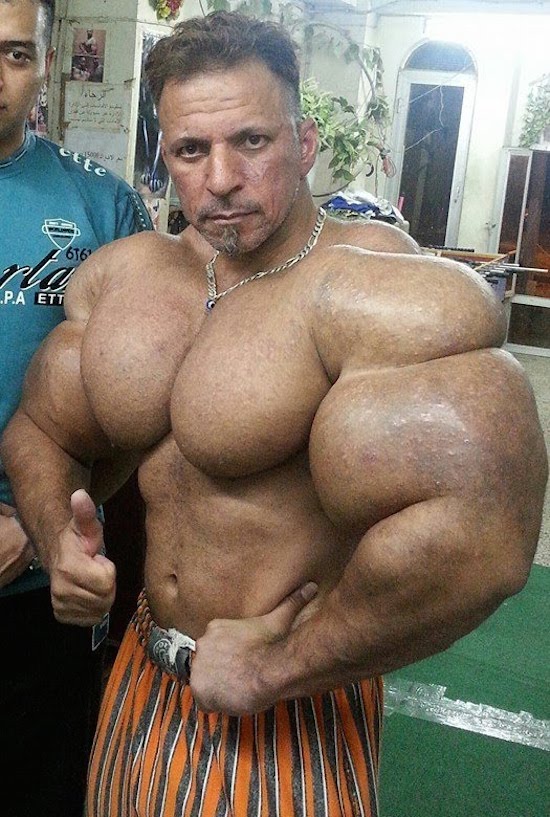 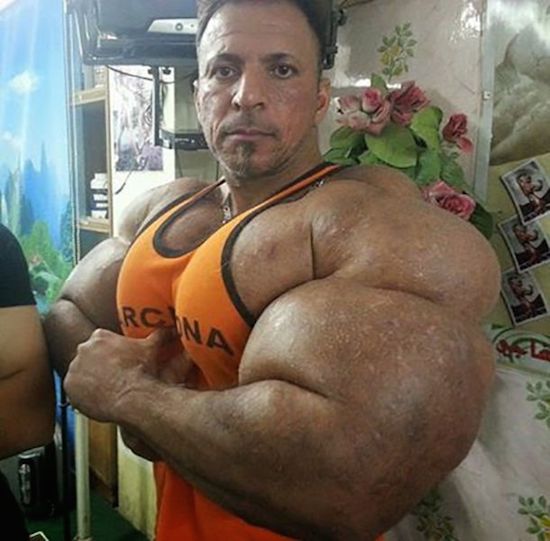 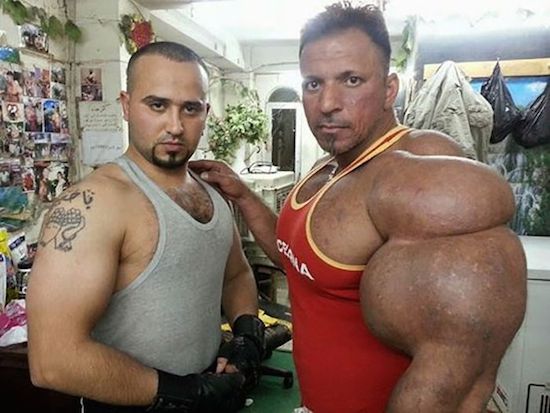 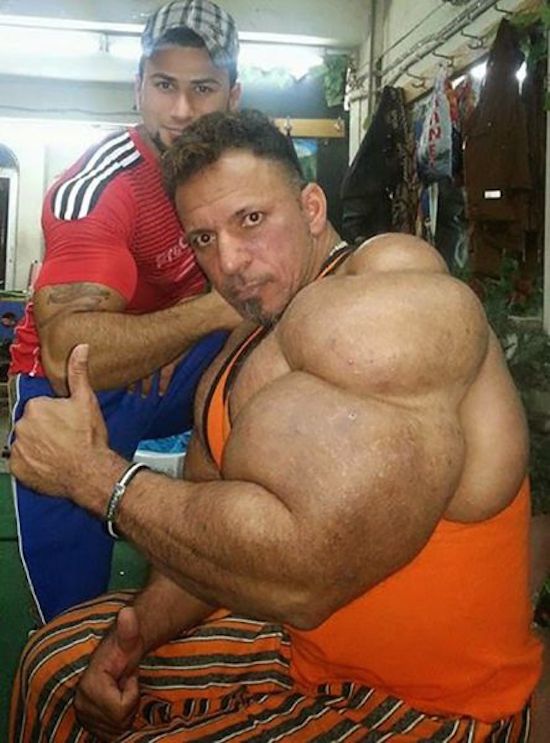 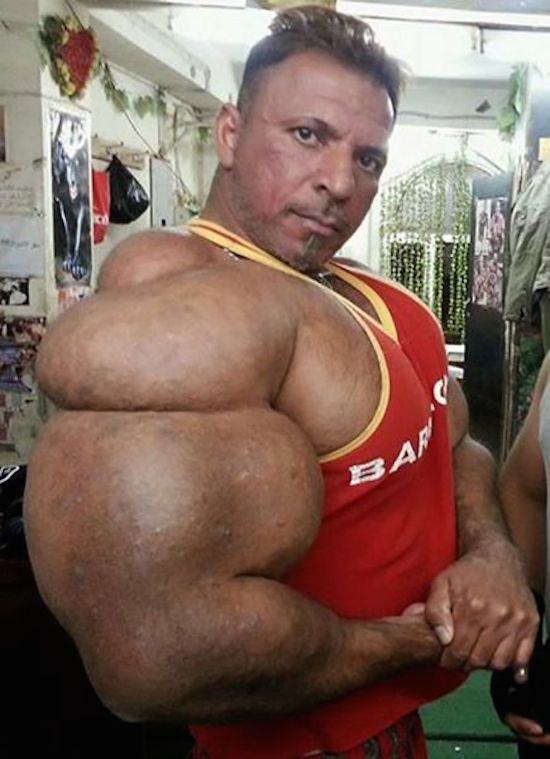 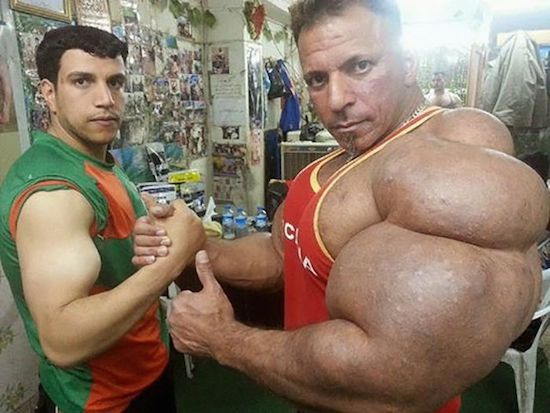 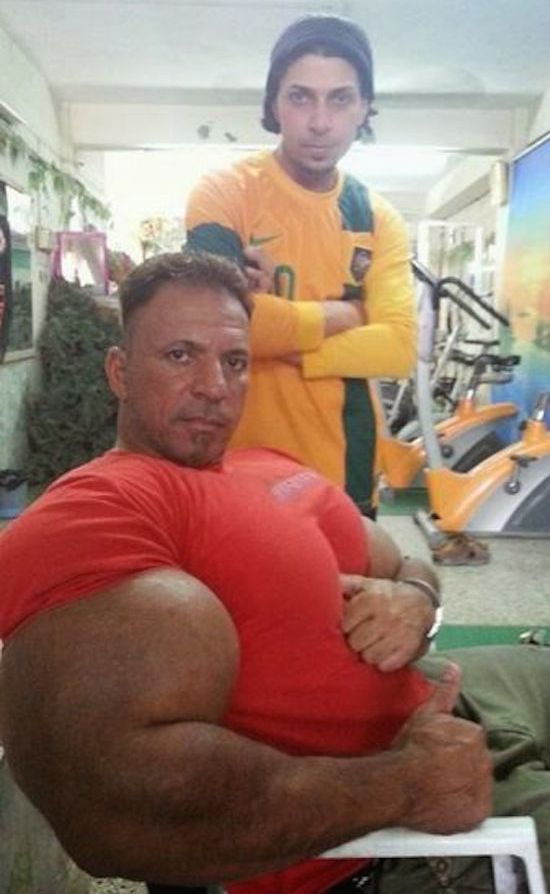 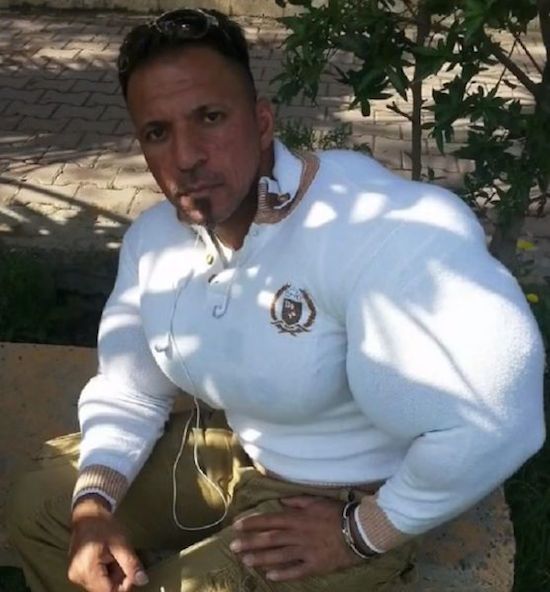 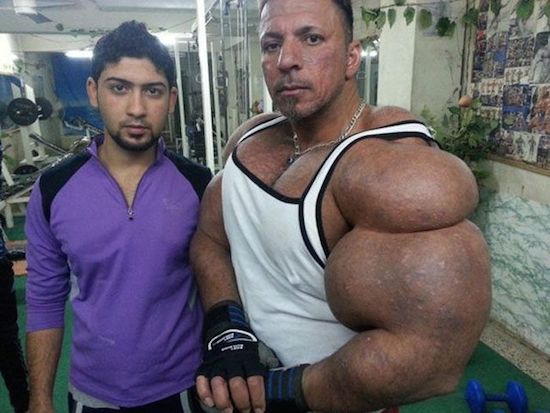 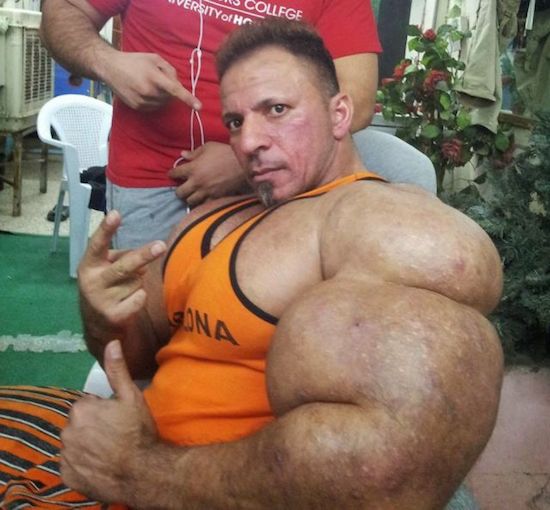 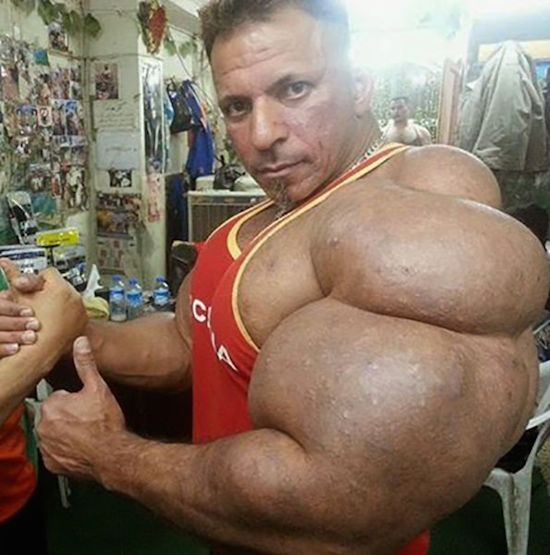 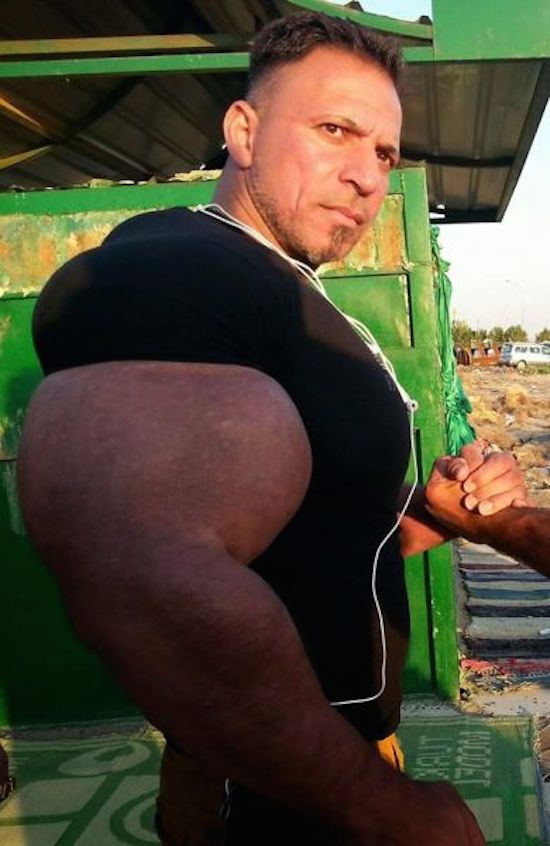 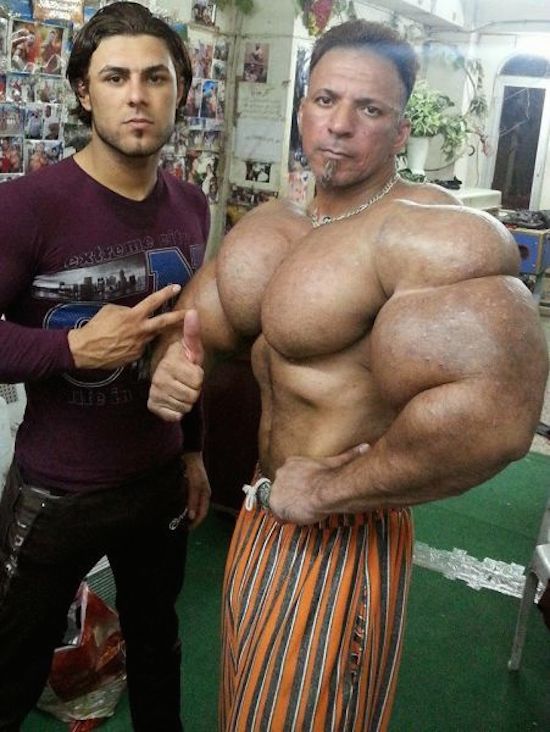 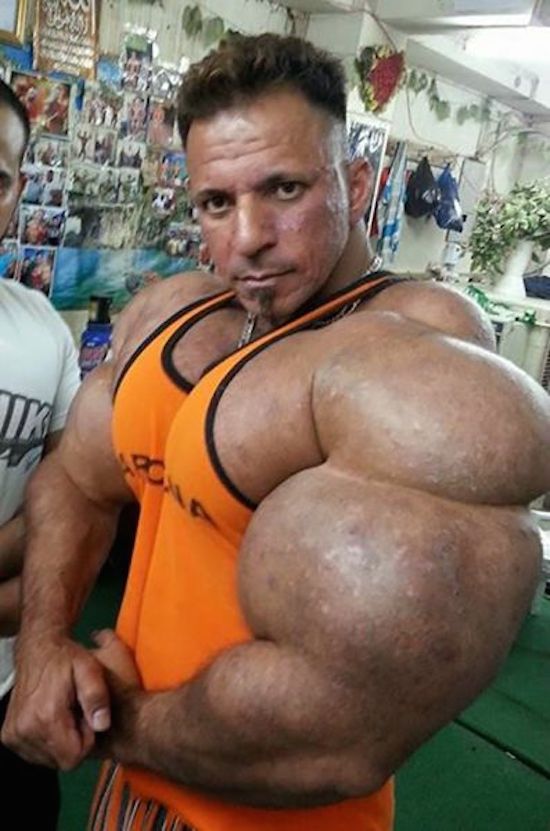 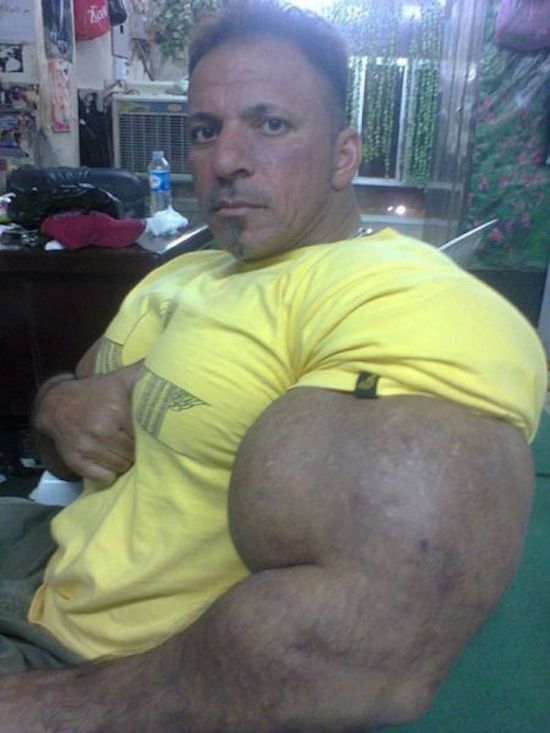 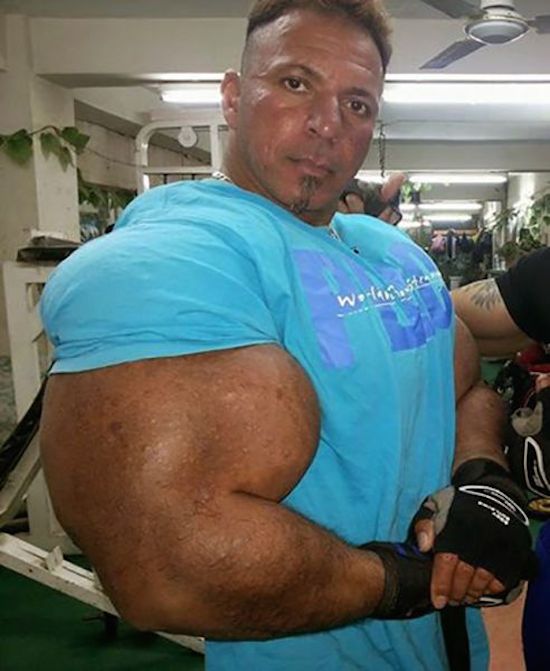 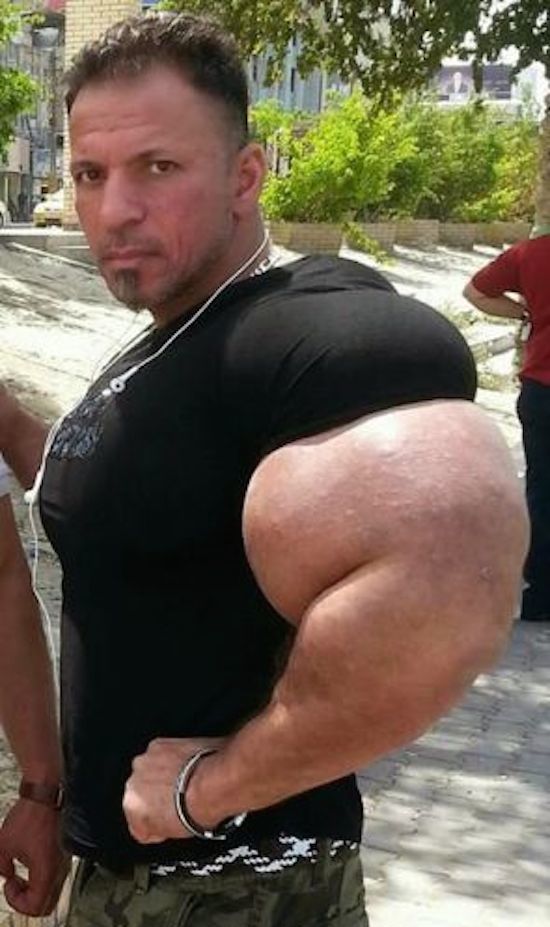 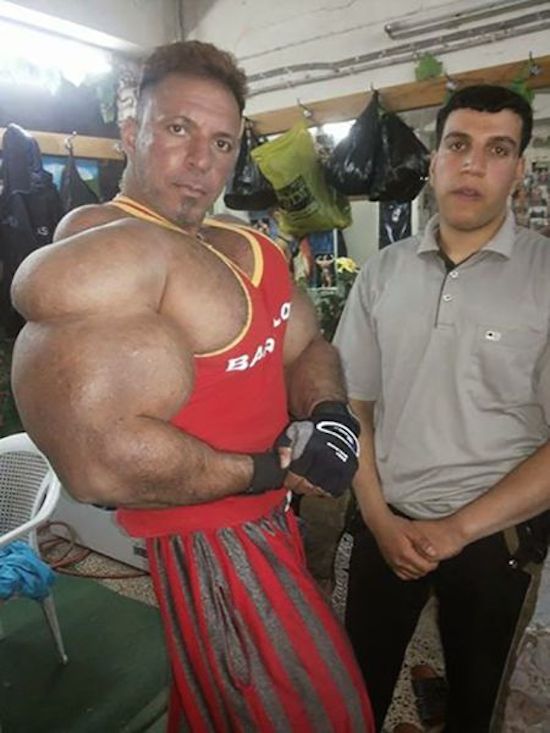