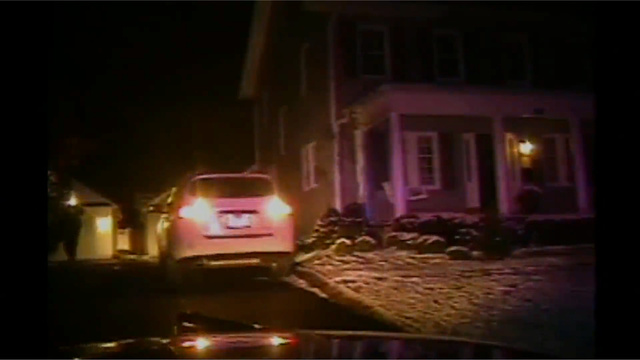 It’s not really a good idea to get drunk and run a red light in direct view of a police car and THEN repeatedly ram the police car when it blocks you in on a driveway.

Normally police chases are dramatic and have loads of cool manoeuvres from everyone involved, but this one has neither of those things and is just ridiculous. I seriously can’t understand what would possess someone to act like the woman driving the car in this video, because her behaviour is downright retarded.

It’s starts off innocently (in terms of it being a police chase) enough with 25 year old Ohio resident Sally Kurgis running a red light whilst being intoxicated in direct view of a police officer, who then starts to pursue her. There’s a bit of a chase that isn’t really that exciting but then things start getting really dumb.

Sally reaches a driveway – presumably her own – and instead of getting out of the car as the officers come to confront her she continually rams the police car over and over again and drives all over the garden whilst blasting loud music and having her hand on the horn. I mean seriously, what good did she think was going to come of this? If you get caught you gotta pay the piper girl, doing more dumb stuff is only going to make it worse.

And that’s exactly what happened, as she somehow manages to get off the drive and then gets a GTA five star wanted level as about ten cop cars are after her. She soon gets rammed off the road and tasered for her trouble. Sally is now faces 9 charges including felonious assault, resisting arrest and reckless operation of a motor vehicle.

It gets even better because she’s also the daughter of a lawyer in the region who’s mildly famous for suing people responsible for distracted/drunk driving wrecks. Irony huh? Apologies about the ad in the preroll.