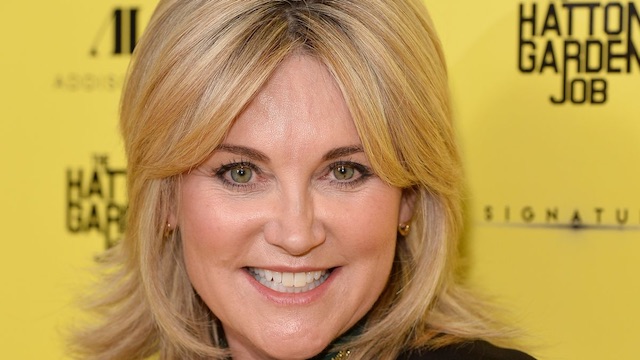 It’s Friday morning and I’ve just woke up and there’s already a major drama brewing on Twitter after Anthea Turner of all people decided to share a meme that’s been described as ‘fat shaming, ableist and anti mask’ – the Holy Trinity.

Take a look at it yourself and see what you think:

Morning! Some interesting comments, which all come back to, the NHS is there for people who don’t have a choice and the rest of us have to take some responsibility in clearing the path for them. I see today McDonald’s have launched a 713 cal Extra Big Mac 🙄

Yikes. You would have thought after Gina Camaro was fired from ‘The Mandalorian’ yesterday that people might have learned their lesson and decide to lay low for the time being, but it seems like that isn’t the case at all.

I can sort of see the point that Anthea is making with this meme, but it’s being made in the clumsiest and most unkind way of all time really isn’t it? It’s basically implying that all fat and disabled people have themselves to blame for their condition/circumstances which isn’t fair at all really is it?

Thankfully, she’s been roundly condemned for the meme on Twitter, with even people like Piers Morgan and Jess Philips getting involved:

The Anthea Turner thing this morning has just about done me in. I just wish the idiots would just admit that the wind on their face is more important than my sister in laws life while she has chemo. Stop with the god damn hierarchy of whose life matters!!!

Sadly those of us who have genuinely tried to protect the NHS by campaigning & working for it are paying the terrible price for those like Anthea Turner who have chosen lazy punditry from the comfort of their armchairs.

Delighted to see that Anthea Turner has become the latest celebrity person to emerge from a long absence from the public eye with a masters degree in epidemiology. 🤯#covidiots #COVID19

What the hell is this?
Have you lost your mind, Anthea?
Just despicable. https://t.co/0BYu3hhDqm

Hope Anthea gets the gig on that new GB news thing she’s obviously vying for. She can teach them all to wash their blooming mouths out. Night kids. Keep safe.

Yeah it really isn’t a good look for Anthea – although I’m sure there is a large section of the population that will absolutely love it sadly – but some of those comments about her auditioning to be the next Katie Hopkins or for a job on that new GB news channel are kinda funny. Whoever had money on Anthea Turner being the latest celebrity to go full right wing, it looks like it’s time for you to cash in.