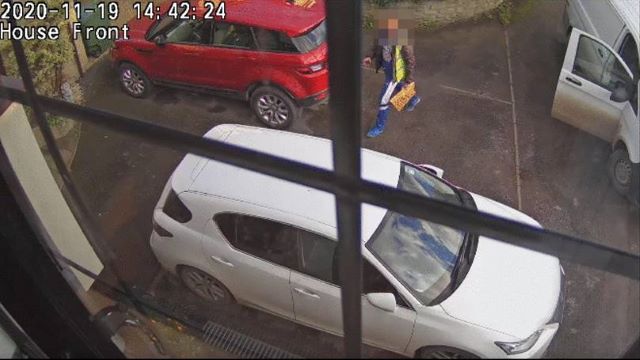 An Amazon driver has been sacked after footage appeared to show him stealing a PS5 console, which had been a customer’s birthday present to their son.

The clip was shared online by Richard Walker from Launton, near Bicester, as his security camera caught the driver in the act:

So apparently he’s delivered a bunch of other parcels that the family also ordered on the same date, but after scanning the PS5 simply placed it back into the van and kept it for himself.

Today is my son’s 16th birthday and this is footage of an Amazon delivery driver stealing his birthday present which was a PlayStation 5.

He brings 1 small package to our door and then goes back to his van and gets 2 more small packages from the front. These are the only packages that have been delivered. But the account also has the PS5 as delivered at the same time. This is because, as you can see, at 14:41:39 he gets a large parcel out of the van and then puts it back at 14:42:18. This is obviously when he scans it as delivered.

As if that wasn’t enough of a pisstake, Amazon only offered the family a £5 gift voucher as compensation, but later upped it to £50 + the refund, according to LadBible.

The Amazon delivery driver has now been let go, but that doesn’t help the Walker family who are still hunting for a PS5 and don’t really fancy ordering one off eBay or any other resale site. Did this dickhead driver who ruined a 16-year-old’s birthday want the PS5 for himself or was he was planning to resell it for hundreds over the asking price?

Either way, pretty sad that there are such dishonest scumbags around who don’t care about the very people who make their job possible. Failing to deliver a pricey and in-demand item like the PS5 though? Did he really think there was a chance he could get away with it? Come to think of it, he might’ve done if not for the security cameras. Amazon would probably have been satisfied with the courier’s proof that he visited the location. Clearly those Ring cams are worth every penny.

For the thief who got caught stealing a package off a porch by the homeowner as he returned home, click HERE. Let’s just say he won’t be trying that again.