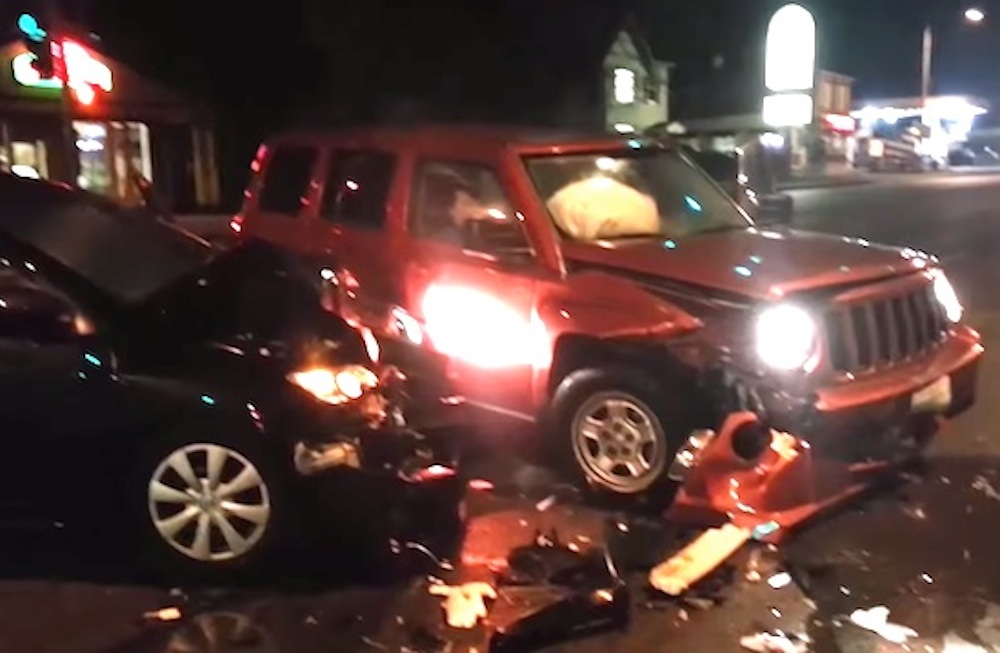 If there’s a video that will encourage you not to drink and drive, then this is it.

If ever there was a video that would make you not want to drink and drive then this is it.

It took place about a week ago in the early hours of the morning in DeKalb, Illinois and features an absolutely wasted guy attempting to drive home. You don’t really see him before the video starts but you can tell he’s drunk by how long it takes him to get his car out of the car park, even though it’s literally just a straight line.

Once he’s turned out of the car park though things get even worse as he immediately slams into the first car he sees, and it’s totally his fault as well because he literally turns across oncoming traffic when there’s obviously a car coming. Completely ridiculous driving, and his excuses when he’s standing around afterwards – just repeatedly saying ‘my bad bro, I’m drunk – are despicable. Don’t drink and drive, seriously and if you need any more convincing watch this video too, because it’s considerably worse than the one below.