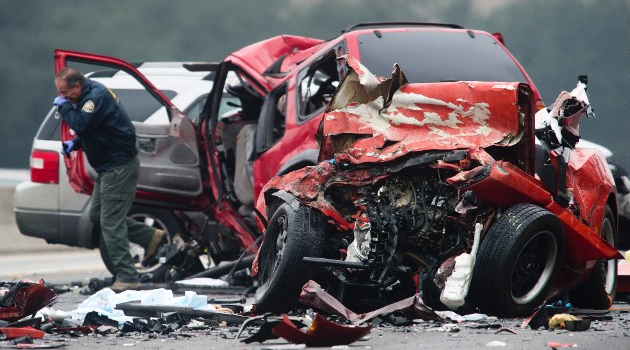 If anyone actually needed another reason to not drink and drive then this is probably it.

A bemused driver caught the following horrific footage on tape over the weekend of a car speeding down the interstate on the wrong side of the road and then colliding head on with another car, causing 5 deaths.

The footage was taken in the early morning on Sunday in Florida,  when a female driver spotted an SUV speeding down the Tampa Bay Interstate in the wrong lane. Initially she finds it fairly bizarre and funny, but this turns to shock and horror when she films the car colliding with another and setting on fire. Even sadder than this was that the SUV ploughed into a car full of four college students. Nobody survived.

It’s fairly certain that alcohol was involved with this incident so it’s another reminder – if you’re dumb enough to need one – to not drink and drive.