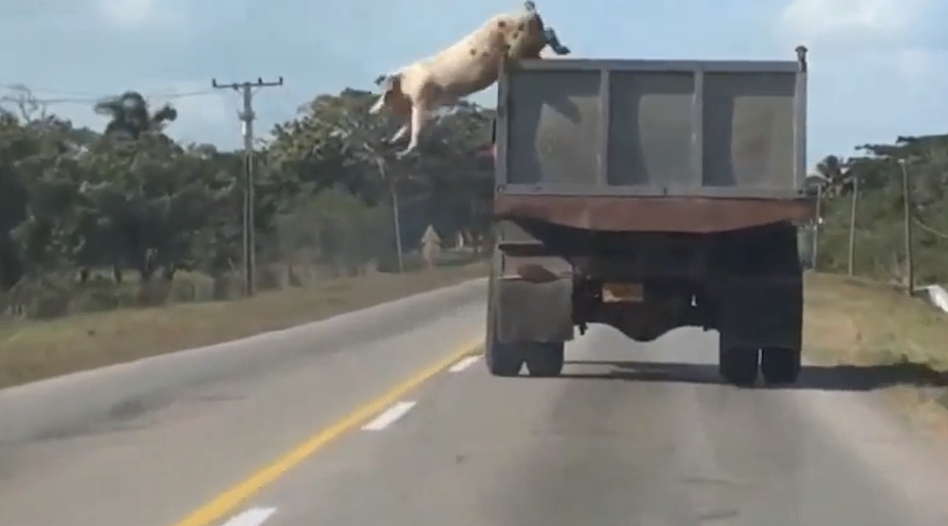 Unless you’re a vegetarian or an animal rights protestor then you probably don’t think too much about where the meat that you’re stuffing into your mouth has come from, but this video puts that a bit more into perspective as it shows you that animals really don’t want to be killed and eaten, and the lengths that they’ll go to avoid that fate.

In it, a truck full of pigs is heading to the slaughterhouse. I don’t really know how the main pig realises this, but he’s desperate to get out and pops his head up, somehow manages to pull himself up over the edge of the truck and then jumps to the floor, despite the fact that it’s moving really fast. He then picks himself up and wanders into the distance, again despite the fact he hit the floor on his head with a sickening thud that would probably have broken a human’s neck.

Let’s hope that he manages to make it out there on his own, because he deserves it after such a sick escape. Some real chicken run shit.