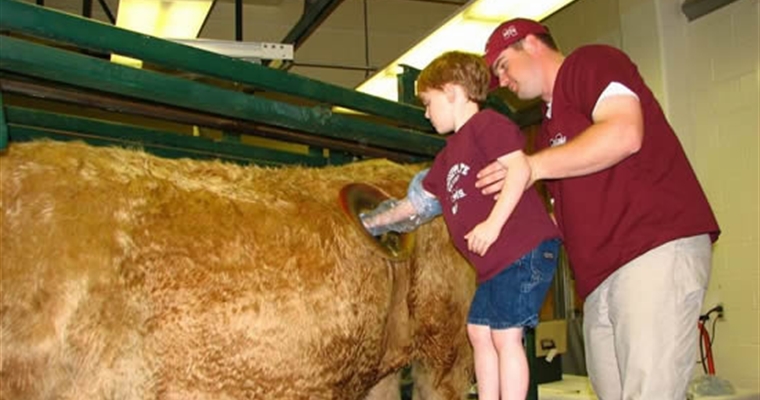 If you’ve ever fancied cutting a massive hole in a cow’s side, then getting elbow deep in its bowels, you’re a strange, strange individual. But you’ll like this.

No, this isn’t a post about cattle mutilation I’m afraid, well, not the alien kind anyway. If anything it’s even weirder than aliens coming down with magic lasers and cutting the balls out of cows in the middle of America. A buddy tipped me off the other day, he lent forward, checking cautiously that no one was in ear shot and whispered gently in my ear “…you should Google cannulated cows” so I did. I couldn’t believe it. I thought it might even be a joke initially.

Basically, animal scientists cut a big hole in the side of a cow, directly in to their rumen, which is the cow’s biggest stomach where most of it’s digestion goes on. Cutting a big hole in a cow is dark enough, but then they put a cannula in, i.e. a big rubber circle that holds it open and stops it healing over, ever. So they have a window into their guts permanently. Mad. 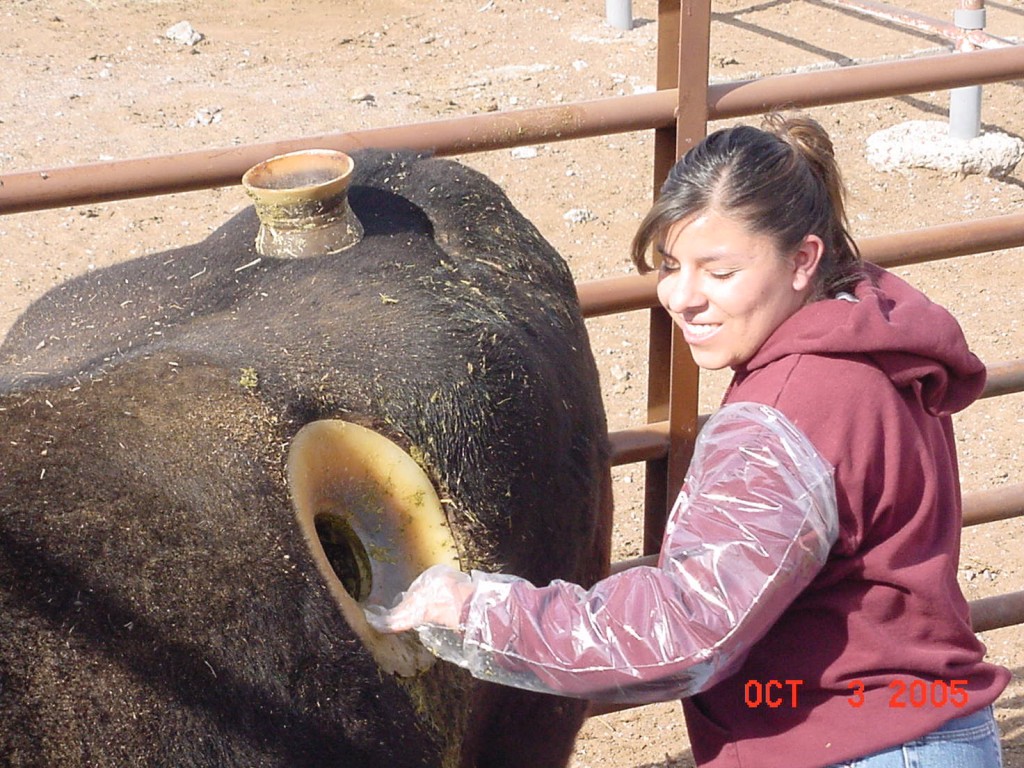 Why? Oh why? Oh why? I hear you cry as you sigh. Well, meat and dairy is big business of course, there’s more people in the world than there needs to be. There’s also more meat eaten than there needs to be (even a die hard carnivore has to admit that you don’t need meat with every meal). Because of this, a lot of cash and a lot of time goes into making farming as efficient as possible so that no time is wasted in fattening the future-burgers up.

Video on the next page if you fancy it…

â˜› Look At This Next – Sucking Milk Straight From The Teet

â˜› Read This Next – Killer Cows