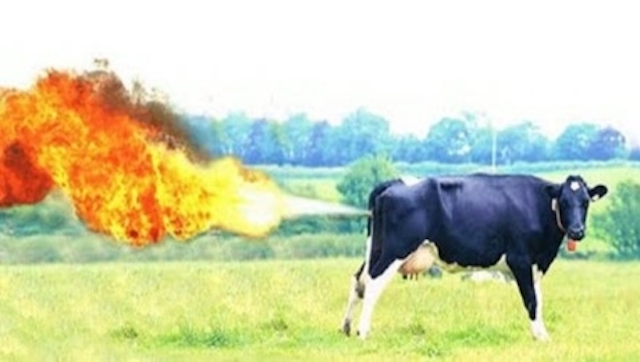 Cows are more dangerous than we first suspected.

Do NOT go in there! Whoooo!

That’s probably what Ace Ventura would say if he was confronted with this case. Over in Rasdorf in Germany, a barn caught fire because there was so much methane gas produced by the 90 cows inside it that it caught on fire and blew up. No joke. I’m just wondering how the hell the farmers allowed it to get so stinking without doing anything about it. And also what the hell they were feeding the cows!?

The gas had apparently been steadily building up in the barn for some time (see what I mean? Do they not have noses in Germany?) when a static electric charge (?) caused the gas to explode and the fire to be ignited. Fortunately, it was soon put out and only one cow suffered minor injuries but the roof of the barn was slightly damaged.

If you’re a farmer, watch what you’re feeding your cows or you could end up in the same situation. 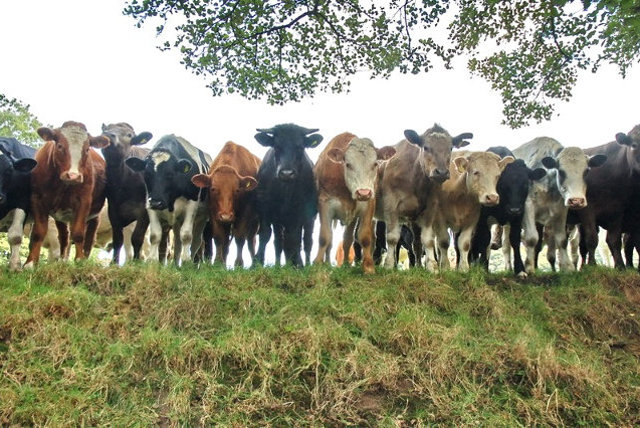