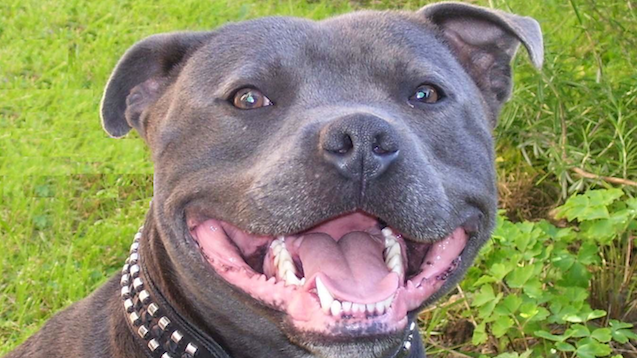 This is probably the video you most definitely don’t want to find when leafing through your boyfriend’s phone.

All of the above unfortunately happened in Louth in Lincolnshire though, as the girlfriend of 19 year old Wayne Bryson nabbed his phone and leafed through it, finding the video of him shagging her Staffordshire bull terrier. She immediately handed the phone into police who arrested Bryson. They said that he made no excuses and was also found with £10 worth of weed on him. Player.

He pleaded guilty to a count of sexual penetration with a dog at Skegness Magistrates Court and will be sentenced on March 5th. The maximum punishment is two years in jail.

Wayne has been granted bail in the meantime with the condition that he does not spend any time alone with animals. He added that the video was the first time he had ever had sex with a dog, but I don’t think anyone believes that at all.