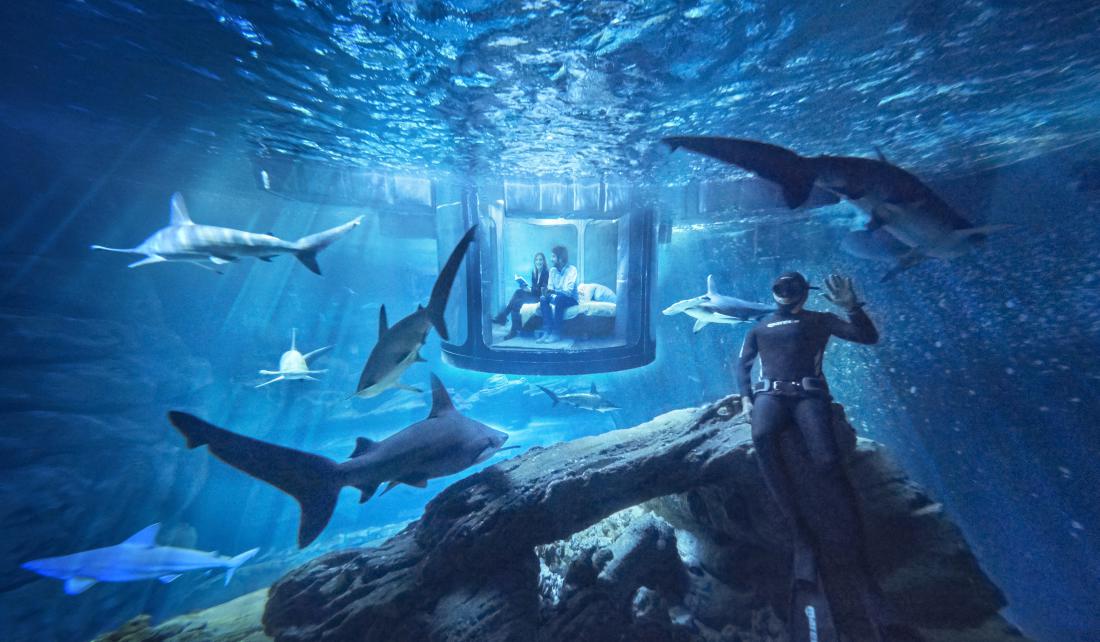 Staying in novelty rooms and apartments when you’re on your holidays can be fun – and Airbnb offer a loads of wacky places to rent – much like this crazy Super Mario Brothers themed room. But how would feel about sleeping with sharks?

As part of their At Night series, Airbnb have released what seems to be their most extreme rental yet: a small room submerged in a large tank filled with flesh hungry sharks.

This underwater room looks pretty cosy and its 360 degree transparent wall separates its inhabitants from the 35 resident sharks at the Shark Aquarium in Paris.

Here’s what the listing says:

Love sharks? Live in a Shark Aquarium. This is your once-in-a-lifetime opportunity to sleep in an underwater bedroom, where the only thing separating you from your neighbours is the 360-degree transparent wall…

At the moment, the room is being offered as part of a competition for applicants who like the idea of waking up to the sight of a blood thirsty aquatic colossus trying their best to chomp off their arms, legs and genitals. Simply write a 550 word essay and you could be the one taking the plunge.

Mind you, there are some strict ground rules:

No selfies after dark, remember sharks are sensitive to light; avoid seeing Jaws before you sleep over. They’re kinder than you think; no sleepwalking or night swimming; don’t eat the chum; no diving; keep your hands and feet in the bedroom at all times; sheep can’t swim, so count sharks instead and don’t take the bait.

If you love sharks, this could be the room of your dreams; if you’re shit scared of them, perhaps you should just book into a Holiday Inn when visiting the Eiffel Tower.