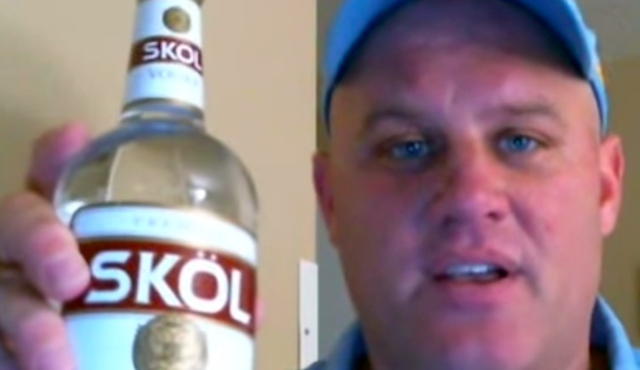 Just watching this made me want to puke.

Mr Shoenice was one of those guys who made his name downing drinks on YouTube before anyone had even heard of #NekNominate and now he’s back with his grossest stunt yet. He basically downs a bottle of vodka without using his hands which makes me wince just thinking about it.

Of course, there’s every likelihood that it’s fake because it would be pretty hard to do this even with just a bottle of water (or a bottle of vodka where the vodka is replaced with water) but he does seem fucking trashed afterwards. This could be easily faked though because it’s not exactly hard to fake being trashed if you want to make a YouTube video go viral.

However, I think it’s a bit of a giveaway when he does finish downing it that his eyes don’t seem to be watering or he doesn’t half wretch or anything because even if you’re Mr Shoenice there’s no way doing something like that has some kind of adverse affect on your body. I’m chalking it up as fake, but watch it and decide yourself.