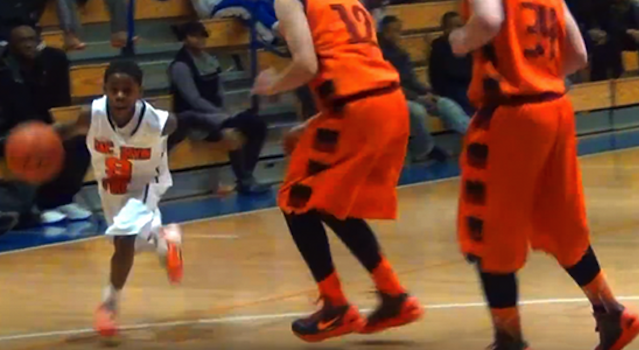 13 year old Chase Adams might be one of the shortest 13 year olds to ever play basketball, but that doesn’t stop him from being a complete sickhead.

Chase Adams could be one of the smallest people to ever play basketball, but he also happens to be one of the sickest. Even though he’s only five foot tall, his dribbling, shooting and all around basketball sense – especially those three pointers – looks top notch, especially in the highlights video below.

OK, I do realise this is a highlight reel so he’s definitely gonna look good, but when you consider how small he is and what he’s doing he’s a complete sickhead. He just looks like a complete boss in this video – the only thing he can’t really do is slam dunk.

Chase plays for Ariel Community College in Chicago and has averaged 12 points and 14 assists this season. As the point guard for his team he’s led his team to a 28-2 record this season. He still hopes to grow a few inches over the next few years so he can have a shot at the NBA – the smallest athletes currently competing there are 5’9″.