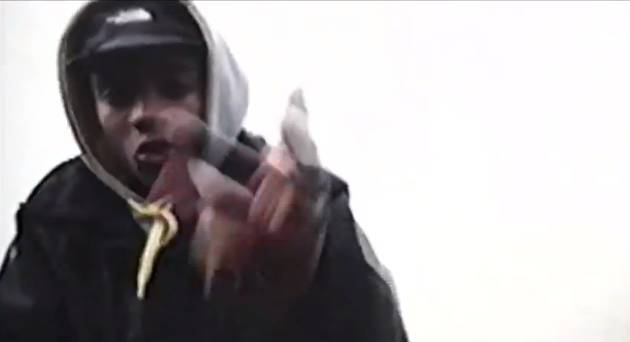 A few days ago, Rejjie Snow dropped a sluggish track entitled ‘Black Pancakes‘ that was tailored with all the elements that should make you proud of Irish rap. Below, is the official video for the damp and dark tune, filmed on what I can only describe as my mum’s old Hi8 camcorder during the latter, more unloved stages of its life. Also, shout outs to Phedee, responsible for production on this:

It’s bleak, overcast, chill and eerie; Rejjie comes thru like a rap game Samara – as haunting as that video in The Ring and as mundane as the daylight scenes in Blair Witch Project. It’s the sort of video you’d want to burn onto VHS and hand to your kid sister so she can take it to school to be buried in one of those time capsule project thingies (I assume the practice is still strong) in the hopes that future folk will find it and suddenly have the urge to revive the dying fashion of a good tracksuit and some solid kappa trainers. In the meantime, it’s worth keeping an eye him – since judging by his recent efforts whilst supporting DOOM – the view shall be sweet.

Is Wiley Having A Movie Made About His Life?