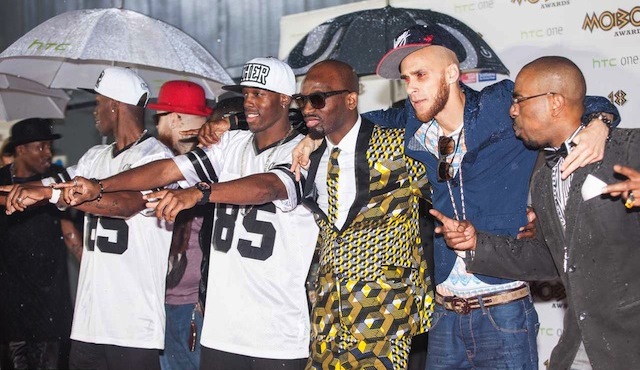 Despite the fact that we wrote about the So Solid Crew comeback tour back in September, even we forgot to book our tickets.

Despite the fact that we wrote about the So Solid Crew comeback tour back in September, even we forgot to book our tickets. What’s your excuse though? Washing your hair on all 6 dates? Okay, that’s fair.

So Solid were all set to end their comeback tour at the O2 Arena but sadly it appears Megaman and the crew sold nowhere near enough tickets, and so the venue for their final farewell has now been moved to the much smaller and less glamorous Indigo2, which holds about 2,500 people as opposed to the 20,000 they were expecting at the O2.

The O2 tweeted this out the other day, sending shockwaves around Twitter with 4 retweets:

Venue change: @OFFICIALSOSOLID show on 14 November has moved from the arena to @indigO2atTheO2. Details here http://t.co/wfixqqKols

The 02 also offered this vague explanation:

Due to changes in the tour schedule, So Solid Crew has relocated their event to take place at indigO2, part of The O2. Customers should still make their way to The O2 by North Greenwich tube station on Thursday 14 November and follow signs for indigO2. All tickets remain valid and all event details remain the same. Customers who have purchased VIP packages will be accommodated accordingly. If you have any queries about your existing booking, please contact point of purchase where a customer service representative will be able to assist.