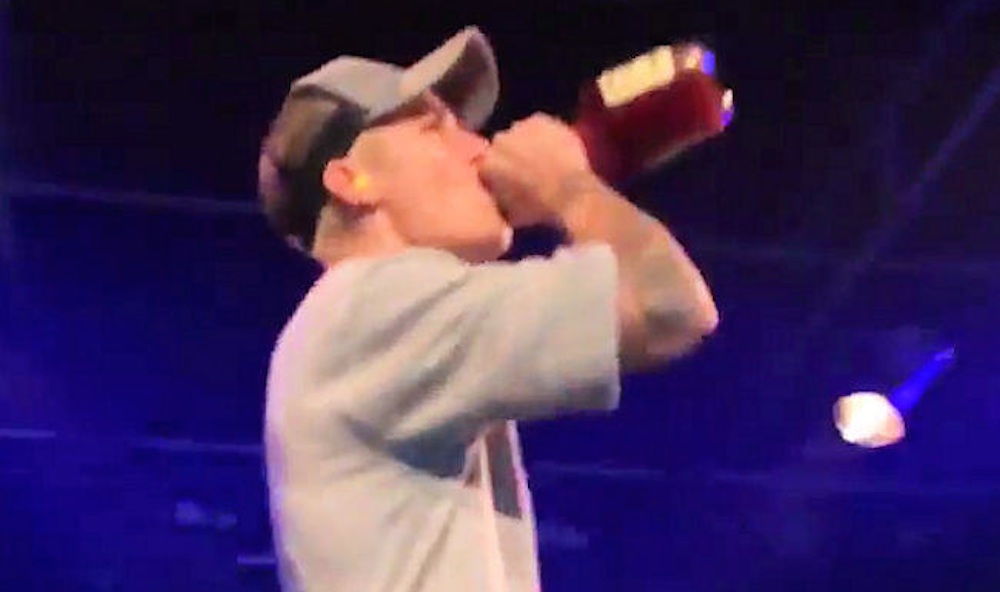 I guess he hasn’t changed that much.

It seemed like earlier this year Justin Bieber was really trying to change his ways when he allowed himself to be roasted, but a few weeks ago he acted like a douchebag during a TV segment and the writing really was on the wall, SO it should come as no surprise that he’s done something stupid like this again.

For reasons known only to him, Justin thought it would be a good idea to bring a bottle of Hennessy on to stage with him at a show with Rae Sremmurd in New Zealand and chugg it whilst he smoked a zoot. Who the hell does he think he is, Snoop Dogg? That is NOT what Justin Bieber should be doing really.

He also pours out some Hennessy on the stage for his fallen Canadian homies, which is just cringeworthy really.

Is Bieber back to his bad boy ways or was this just a momentary lapse of judgement (like so many others)? TMZ is reporting that a source has said that he ‘100 per cent regrets the incident’ but really how many times have we heard that?

Personally I hope he’s back to being an asshole and trying to be a badass all the time because it’s way easier to laugh at him and call him a knob when he’s acting out and doing loads of cringeworthy stupid things. Here’s hoping.