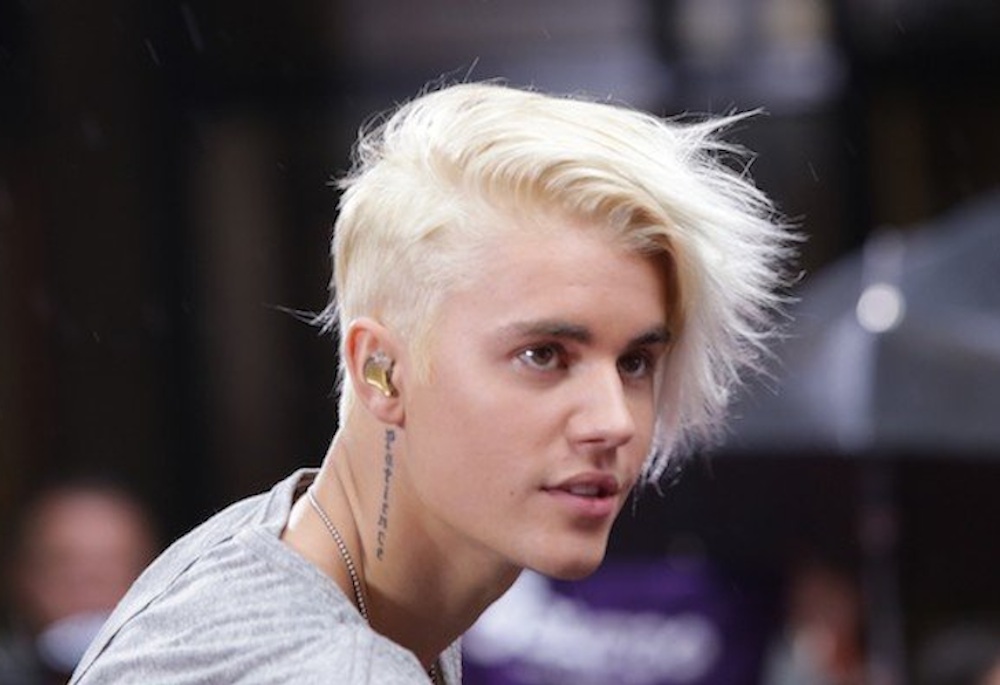 Obviously been watching too much Harry Potter.

Although recently Justin Bieber has cut back on being a complete and utter dickhead all the time – even allowing comedians to brutally roast him for ridiculous behaviour in 2013/14 – he clearly hasn’t managed to rid his body of every moronic cell in it judging y his actions yesterday. That’s because he decided to show up to perform on The Today Show in New York yesterday with one of the worst hairstyles in history and be a complete knob while he was at it.

Clearly Bieber has been getting into Harry Potter about ten years after everyone else, as he decided to copy the hairstyle of Harry’s nemesis Draco Malfoy. I can’t imagine why anyone would ever want to have this hairstyle because not only is Draco a complete dweeb but it also makes you – the owner of the hairstyle – look like a complete twat. It also probably makes everyone think that you’re a really shit villain too, which in fairness is probably how a lot of people see Justin Bieber, so maybe he’s doing the world a favour by actually portraying himself like this for once.

Bieber even had the audacity to ask the crowd if they liked his new hair before performing a couple of his shoddy hits. Obviously everyone was into it, but then everyone there was a teeny bopper who loves Justin Bieber so they’re gonna love him whatever he does. They probably even like his shitty tattoos.

Bieber also reverted to his old self and threw a bit of a hissy fit when he felt like the cameraman missed his ‘awesome’ dance moves. Maybe he really is channeling his inner Draco Malfoy, I mean he’s doing about as pathetic a job of being angry as Draco would.

In case you can’t hear him in the clip above (it’s kind of muffled) he says:

Your camera’s right here the whole time. I might as well not even dance.

What do I do this for?

Oh Justin, you hear that? It’s the sound of the world’s tiniest violin playing. Awah.