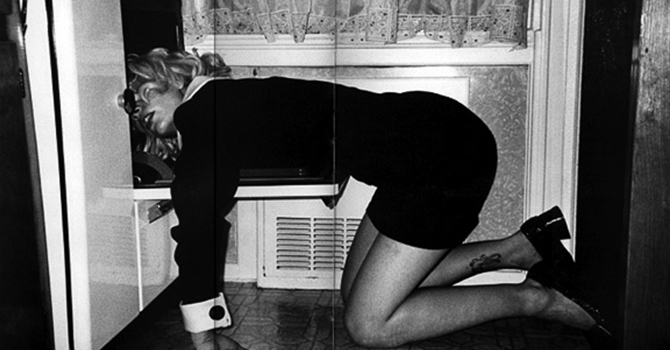 Here’s a depressing question for you: What countries have the highest suicide rate in the world? Norway? Sweden? Nope……

Suicide is a deep dark beast of a topic, but it’s also pretty intriguing. Most people get down about their lives at some point, some people get very down, some may even contemplate killing themselves, but to actually go through with it is unthinkable for most. What brings a man (or, less often, a woman) to a state where that’s their only perceived get out clause? So I thought I’d see where in the world it was most common and why.

There’s a few surprises along the way too. Just so you know, I’ve used the list on Wikipedia which was derived from the World Health Organisation’s database. It’s worth bearing in mind that the data is only as reliable as the country who supplied it, and only just over half of the countries in the world have data available for suicides specifically. So these are the top 5 out of the numbers we have been given.

If you ask most people which country has the highest suicide rate, more often than not they will say Sweden or Norway, or something along those lines. They will then follow that by telling you authoritatively that it’s due to the extremely long, cold nights of their deepest winters. Well, all the people that told you that are wrong. It’s just another example of one of those “facts” that everyone “knows”, that is in actuality complete balderdash. Sweden and Norway are at places 35 and 36 respectively, the UK isn’t far behind at position 38 and the US of A sneaks in at number 34. So who is it that gets the 1st place rosette?:

Greenland boasts around 1 in 1000 people killing themselves each year, it’s now recognised as a national problem. Some figures state that as many as 1 in 4 people in the country will attempt suicide at some point in their lives, again, that’s 1 in 4. The rate started rising in the 70’s and by 1986 it was the number one cause of death in some towns.

Before any of you bright sparks think it’s because of the long dark nights in the North, what they actually found is that the number of suicides peaks in June during the long bright nights.

Many causal factors have been discussed, they include the normal suspects such as alcoholism, poverty, depression etc. So why so many in the summer months? Some think that depressive factors may be exacerbated by insomnia due to the overly light nights. So quite the opposite to what we’ve all been thinking.

In the last 20 years of the 20th Century the suicide rate doubled in South Korea. In 2011 it was at 31.7 people per 100,000, so pretty high, but still only about one third of Greenland’s total. It’s the most common cause of death for the under 40’s and is also pretty prevalent in older generations too which is much rarer.

Other factors include the more normal types of issue like finances, physical pain, emotional problems and family beefs.

In South Korean society, younger people are expected to look after their ageing relatives, the high rate in elderly suicides is in part due to older people easing the financial burden on their children and grand children by getting rid of themselves permanently. Teen suicides, on the other hand, are sometimes attributed to the high stress of the College Scholastic Ability Test. What kind of a test could be that stressful? This is what Wikipedia has to say about it:

“…a type of standardized test accepted by all South Korean universities…..

On the test day, government employees arrive to work later than the ordinary time, businesses and the stock market open late to avoid traffic jams that could prevent students from getting to testing sites. It’s one of the most rigorous standardized tests in existence, and students start preparing for it as early as elementary school. Since South Korea has one of the highest number of post-secondary degree holders in the world, the extreme pressure felt by students culminate to teenage depression and high rates of suicide.

Often, students are escorted by police, especially if students don’t think they will arrive at the test center on time and planes are grounded to reduce noise pollution. Since the test is almost a life-or-death exam for students, the preparation for it is so secure and strict that since its beginning from 1993, questions were never leaked. Questions are made by chosen professors and teachers, who are locked in a hotel with blackened windows, no communication……”

Woah. That does sound pretty intense.