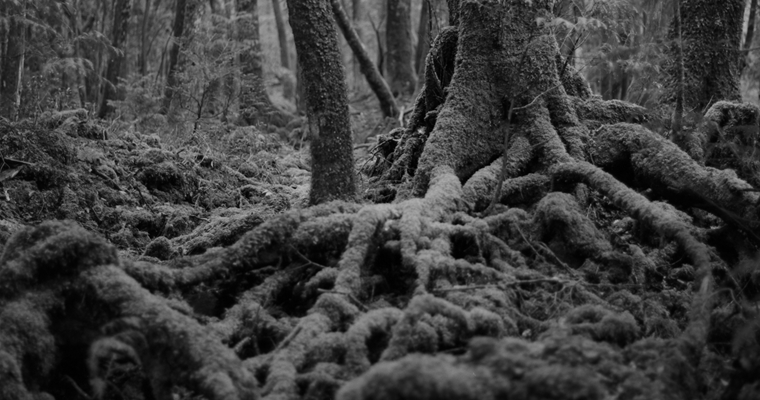 100 Japanese commit suicide here at Aokigahara yearly. Not a pretty subject so unsurprisingly there’s some fairly rotten pics coming up. Enter the forest at your peril… 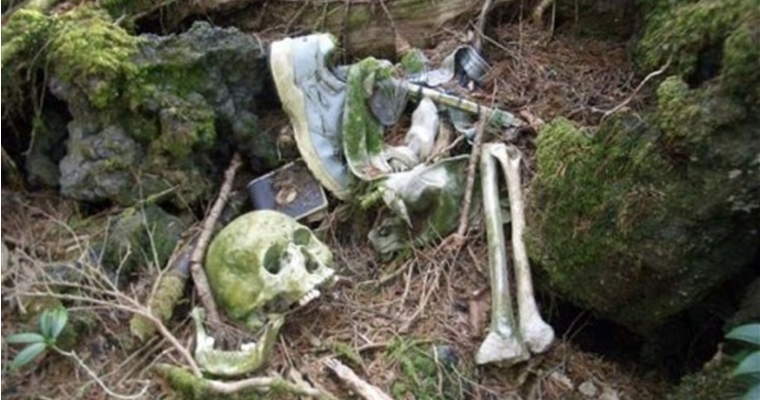 So where would you go to commit suicide? I quite often think that if I was going to do it, it would be right here at my desk in the office, although being bored to death is probably more likely.

Globally, the most popular suicide destination is the Golden Gate Bridge where they rack up 1,500 jumpers per year; In third spot is my local Sussex death spot – Beachy Head, where, on average, 20 struggling souls are dashed on the rocks per annum.

The number two position, however, is held by a 35km square patch of forest at the foot of Mount Fuji in Japan. It’s called Aokigahara or “sea of trees”. They have as many as 100 suicides a year. I like the weird stuff they do in Japan, but I don’t like this at all.

The woods there are particularly dense, which means that they are only sparsely populated by critters, there’s little breeze, and even at high noon light is scarce. All considered it’s an eerie, goose bump inducing shitbox. And that’s before you mention the rotting corpses strewn willy nilly throughout the leaf litter.  Because the forest is so thick and rarely explored, the bodies aren’t normally found until the rangers have their annual trawl through the forest. Many are missed as the place is so convoluted. I don’t think I’m going to bother going there tbh. 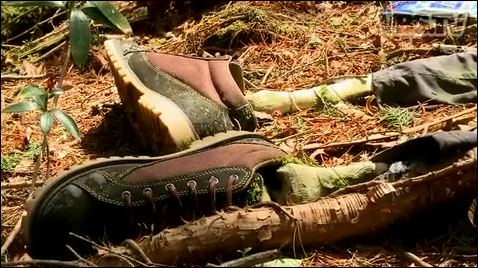 Some visitors aren’t 100% sure they want to kill themselves, or are on some sort of voyeuristic body hunt/ body looting mission, so they leave trails of sticky tape. It’s wrapped around trees deep in to the forest so that they can trace their way back to their life if their feet get cold. They look like the most morbid Christmas streamers you will ever come across.

This place has a genuine “Blair Witch is lame and wears lipstick” vibe going on. Vice have done a doco about it which I’ve put below. It follows one of the poor rangers who gets to look for bodies (maybe he shouldfind another job?). During filming he comes across an inverted voodoo doll nailed to a tree, a “how to” guide to suicide, signs installed by the government saying things like “Life is precious….” and “Think of your family” and, of course, a skeleton or two. 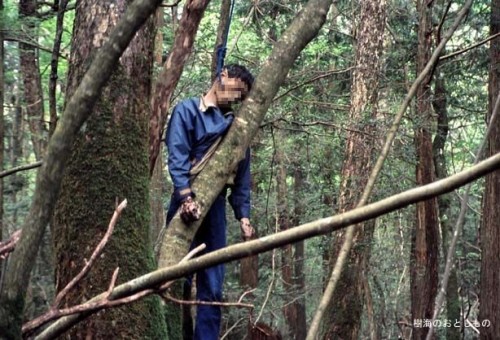 The forest workers meander around picking up bodies in various states of decomposition, they then play jan-ken-pon– basically that’s paper, scissors, stone – to see who has to sleep in the room with the corpse! WTF? Well, apparently they believe that if the corpse is left alone, it’s bad luck for the yurei (ghost) of the suicide victims. Their spirits are said to scream all night, and their bodies move on their own. Maybe my job ain’t so bad. 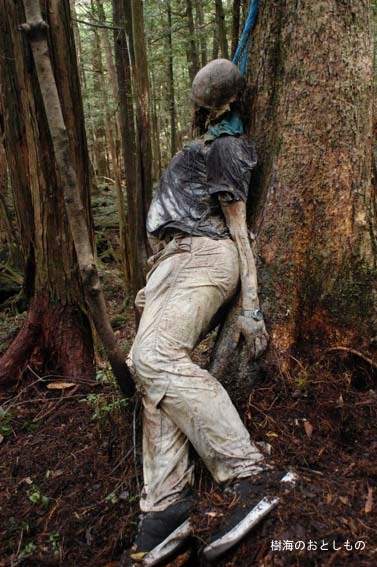 So why do suiciders choose Aokigahara specifically? Some claim it’s due in part to a book by Seicho Matsumoto (bless you). This novel, written in the 60’s, ends with a young couple in love committing suicide there. But it may be a bit of a chicken and egg thing as apparently the fad has been going on since well before the 60’s. It might simply be the down turn in Japanese industry driving business chaps to chuck in the towel that’s led to the over all increase. Come on, we’ve all thought about it recently as we’ve scrabbled around for short change to buy a McDonalds Double Cheeseburger, because we can’t bear the thought of any more pasta and tomato sauce.

Why ever this morose pattern started, it’s fukt. Here’s the vid: 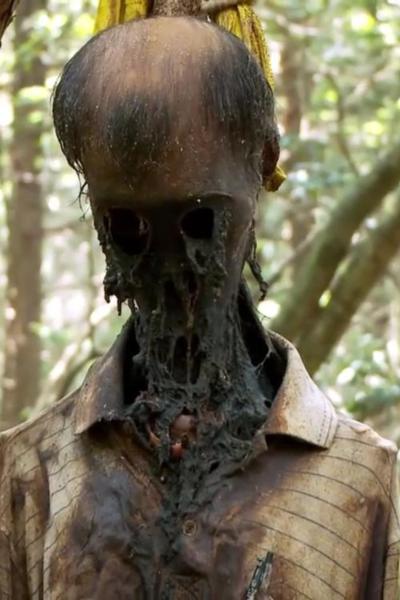