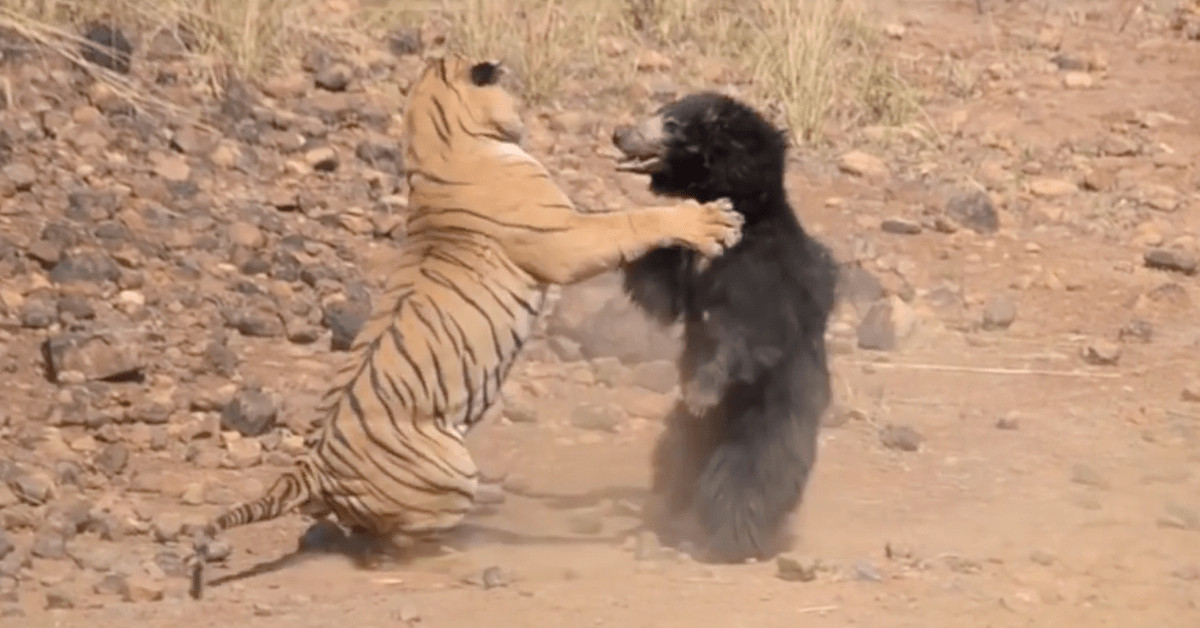 I’ll be the first to admit that I’ve never openly thought about who would win in a fight between a tiger and a bear, but when I heard about the video below I was eager to check it out and find out once and for all who the hardest animal in the jungle actually turned out to be.

The video comes courtesy of India’s Tadoba National Park which is Maharashtra’s oldest and largest national park. The 30,000 acre park is home to a few dozen tigers and they often pitch up and dominate most of the watering holes in the venue, meaning that other animals often struggle to stay hydrated.

In the video below, the bear is trying to protects its cub from the tiger, causing the two animals to go at it:

Damn. I guess we didn’t really find out which animal was toughest there but it looks like the bear won the fight and managed to scare the tiger off and make it to the watering hole, so that’s something. My money was on the tiger so I’m kinda disappointed with that result to be honest. Oh well, at least we saw a pretty savage scrap I suppose.

For more of the same, check out this video of the most talented bear ever. Really something to see.